The staples of Bali or the Gili’s are always fun, Jogja a classic for Java and Flores is certainly on the rise. Of course, on the west, Belitung has long been a favourite too. But this 2019, we are suggesting that you branch out and discover somewhere new in this vast, seemingly infinite archipelago. 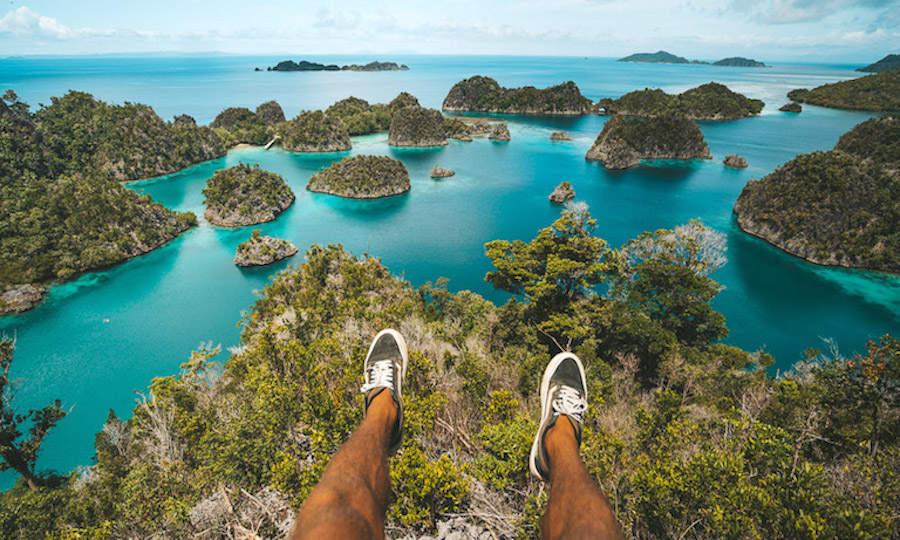 We cannot deny the effects that climate change and the likes of deforestation will have on Indonesia’s landscape, that’s why our 5 Places to Travel to in Indonesia in 2019  is focusing on the places that you need to see incase they one day disappear.

That’s right, coral reefs, national parks and endangered animals are our suggestions for 2019 because who knows how long they’ll be around. Sure, it’s depressing, but what’s even more depressing is you saying to yourself “I wish I saw those Sumatran rhinos…” in 20 years time.

Although well renowned, the Raja Ampat islands are a must in 2019. Comprised of 1,500 small islands, this archipelago off the northwest coast of mainland West Papua is dubbed the the ‘global centre of tropical marine bio-diversity’, with 75% of all coral species in the world found here; it is part of the Coral Triangle. Among that, you will find wobblegong sharks, sperm whales, dugongs, dolphins and even orca, on top of the 1,500+ species of fish swimming in these seas. 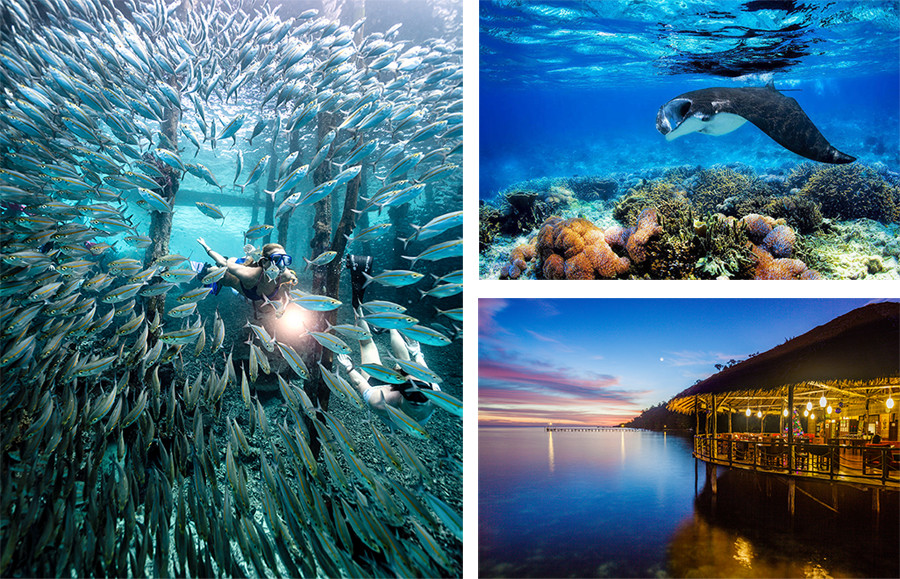 Also in West Papua, you will find a very special bay area called Cenderawasih Bay, named after the famous Bird of Paradise the Cenderawasih. It is found between the Bird’s Head Peninsula and the mouth of the Mamberamo River.

Here, just like in the Cebu province of the Philippines’, you can swim with whale sharks! 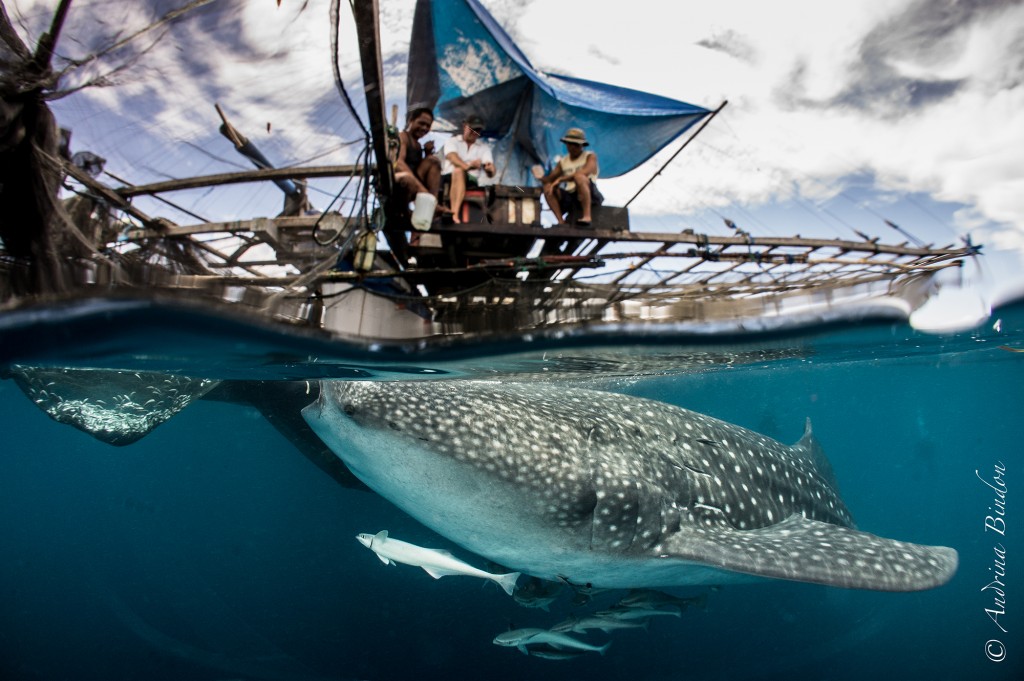 The Whale Sharks in Cenderawasih Bay – best accessed through the town of Nabire – are common here. And whilst other destinations also offer whale shark sightings, the many local fishing platforms (or bagan) in the area have led to very common sightings of many whale sharks. Whilst definitely a trek to get there, its relatively lower popularity than other destinations around the world make it a worthwhile trip. You can scuba, snorkel or free dive with these giant majestic, fish. 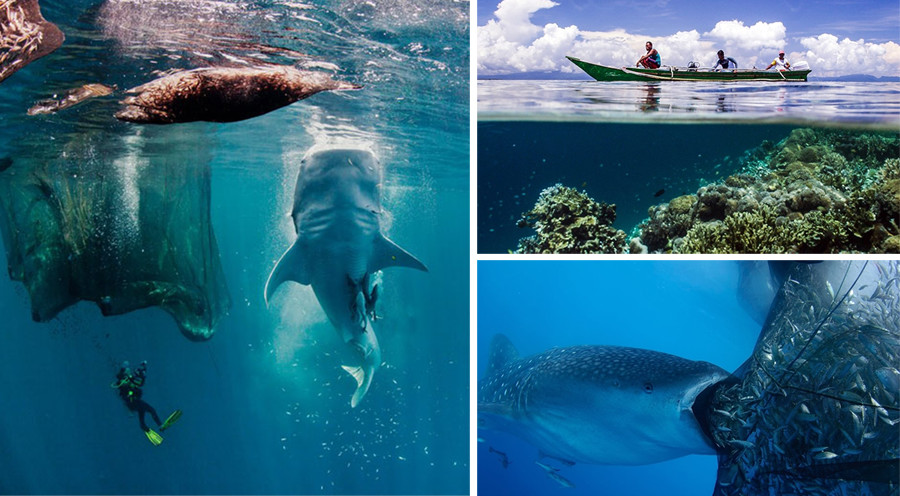 Back on Java, Ujung Kulon National Park is the last remaining home of the Javan Rhinoceros. Only 58 Javan rhinos are estimated to be alive today (2013). The park was also the last habitat of the Javan tiger, until it became extinct in the 1960s.

Whilst you’re very unlikely to see a Javan Rhino, the Ujung Kulon is also home to the traditional Banteng cattle, the critically endangered Javan leopard, the endangered Sumatran dhole and the adorable Java mouse-deer (a rabbit-sized deer). 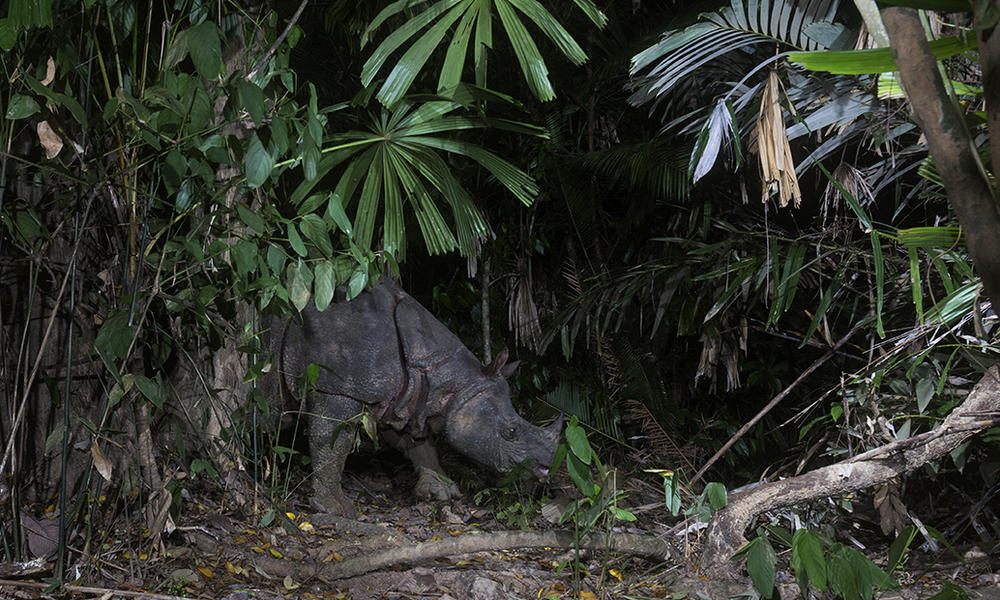 Ujung Kulon, found on the western tip of Java, became a sanctuary for wildlife after the 1883 Krakatau eruption that took out human habitation in the area; untouched by humans for years afterwards, flora and fauna flourished.

The national Park is comprised of forest, rivers and also a gorgeous coastline. Many venture to Pulau Pecuang, home to its own wildlife, both under the sea (great for snorkelling) and on land. Including wild boar, deer and monitor lizards that roam the beach! 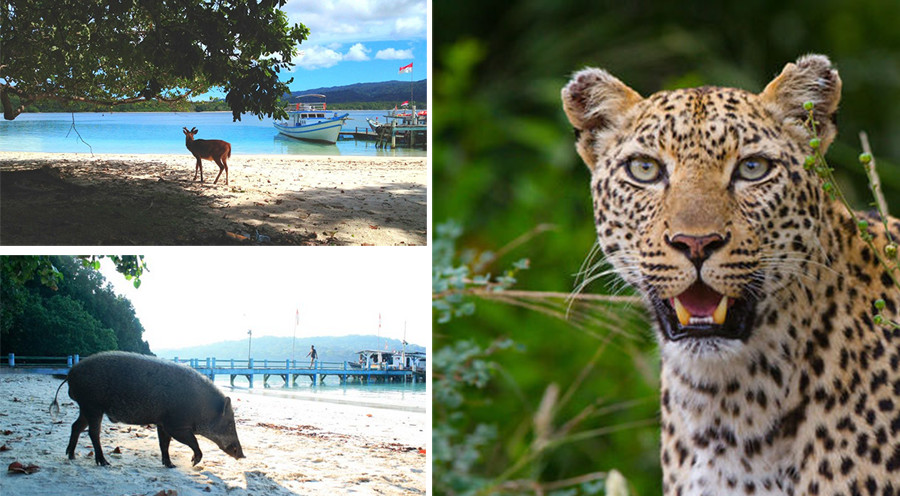 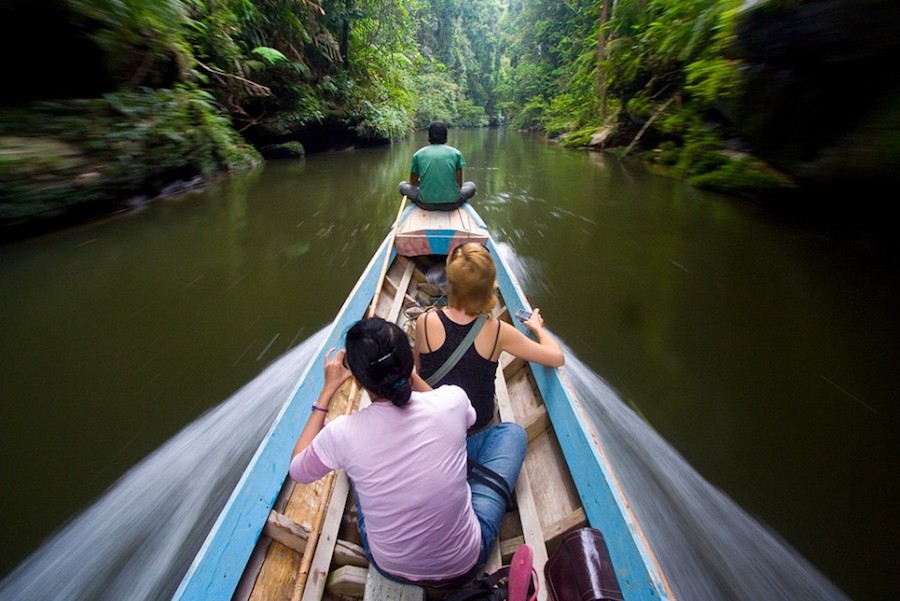 The park predominantly consists of tropical woodland forest and is not just home to endangered species but one of the country’s indigenous peoples – such as the Orang Rimba, the Jungle People.

Being in Sumatra, the park is one of the last habitats for the endangered Sumtran Orangutan, as well as the Sumatran Tiger and Sumatran Elephant. Other than that, the forest is also home to the Asian Tapir, Sun Bears, Clouded Leopards and the Siamang (black-furred gibbon). There are many exotic birds found in the forest, including a range of rare hornbills. The park is also home to a flower from the Rafflesia family, Rafflesia hasseltii. 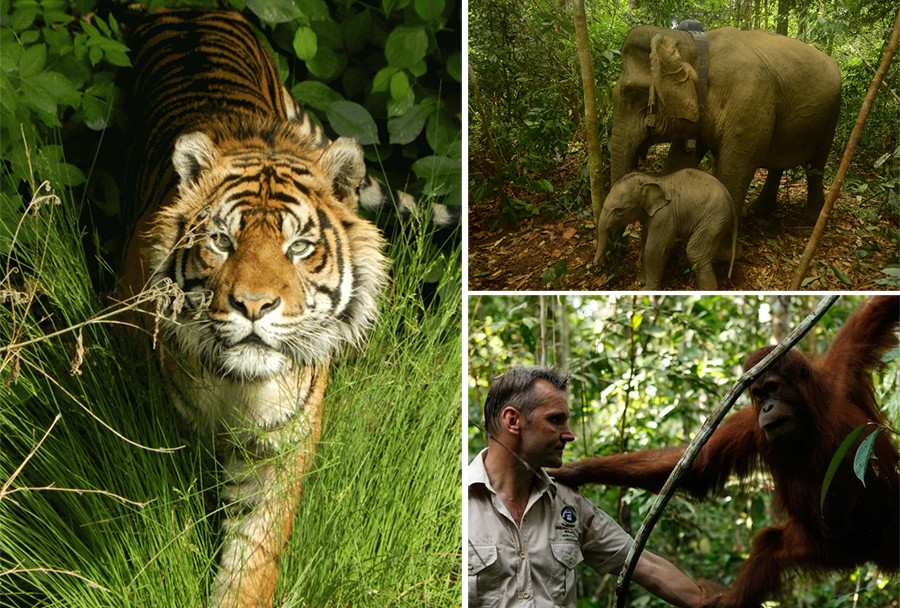 Source: all photos via fzs.org

Now to the northern tip of Indonesia. Two hours from Manado, you’ll find Tangkoko Batuangus Nature Reserve, northern Sulawesi. This forested area is home to three mountains, and is a dreamy escape into true wilderness. 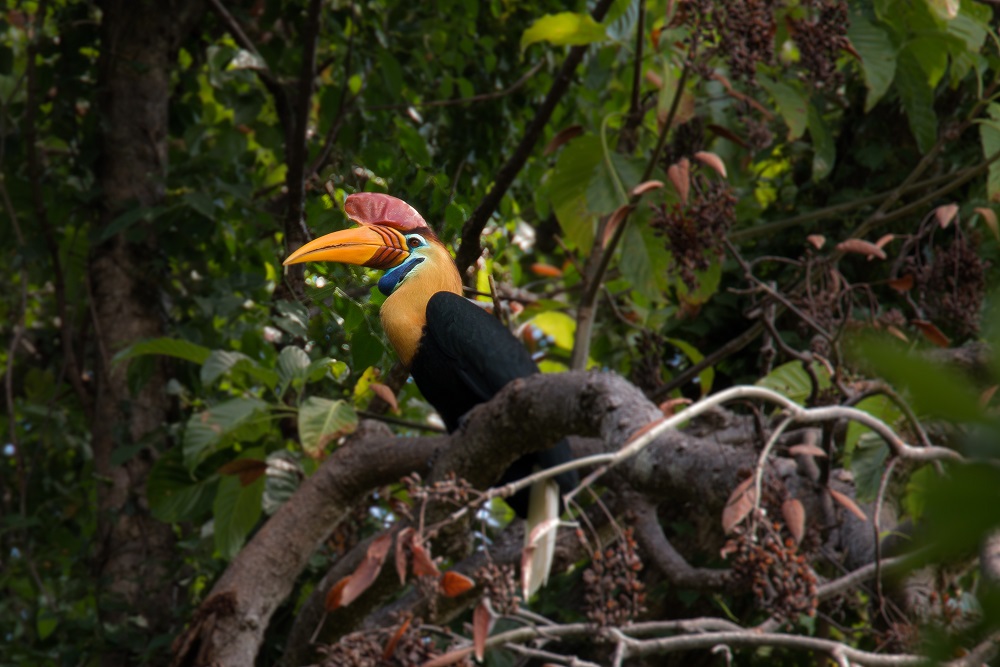 What makes this reserve so special is that it is home to the critically endangered Celebes Crested Macaque. If you think you don’t know what this animal is, think again! It is this species of monkey that was made famous from one taking a smiling selfie – known as “the monkey selfie”.

That’s right, this north Indonesia escape contains yet another rare species, alongside the spectral tarsier, and a strange, unique animal known as the Sulawesi bear cuscus which resembles its nocturnal cousin, the binturong. As well an amazing array of colourful birds, hornbills, forest waterfalls, rivers to discover and much, much more. 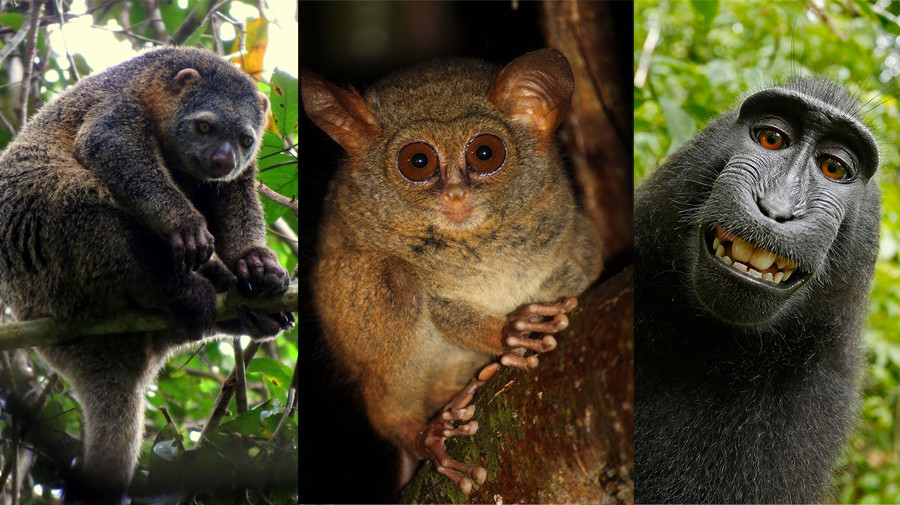 So there you have it…

Our 5 places to travel in 2019. And yes, we have gone full-on nature but that’s because with the world continuing to develop it is these natural destinations that will become more special – and if you live in Indonesia you have the lucky advantage to visit these places easier than others. Make the most of it!

What’s more, with many of the places above being nature reserves and natural parks, your visit is likely to help the protection of these special habitats. Sustainable eco-tourism is an amazing way to grow appreciation for at-risk habitats whilst simultaneously protecting them.