A 7.8m long python severed the arm of a Sumatran man before being eaten by villagers.

Security guard Robert Nababan encountered the giant snake whilst on patrol of the palm oil plantation in the remote subdistrict of Batang Gansal on 30th September. Batang Gansal Police confirmed on 4th October that the local villagers came to Robert’s rescue and killed the snake.

They then displayed its carcass in the village before dicing the meat, frying it and feasting on some snake sate. 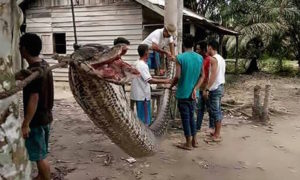 A local policeman named Sutarja said that 37-year-old Nababan, a man with a sweet tooth for snake blood, attempted to catch the python and take it home in a gunny sack.

The serpent, more than 4 times the size of Robert, bit his left arm – almost completely tearing it off – and even bit his head. As is customary with giant pythons, it began to coil itself around Robert in order to squeeze him until his heart stopped, before eating him whole.

Luckily for plucky Robert, several local villagers came to his rescue by batting the snake with a log, before killing it with a machete.

Robert was rushed to the hospital. It is not yet clear if he still has his left arm.

The giant serpent was then sliced and diced for the village to feast on.

This comes 6 months after a 25-year-old farmer in Siluwesi was swollen whole by a giant python after a palm oil harvest. The snake was eventually caught, with the poor young man found lifeless, completely intact. 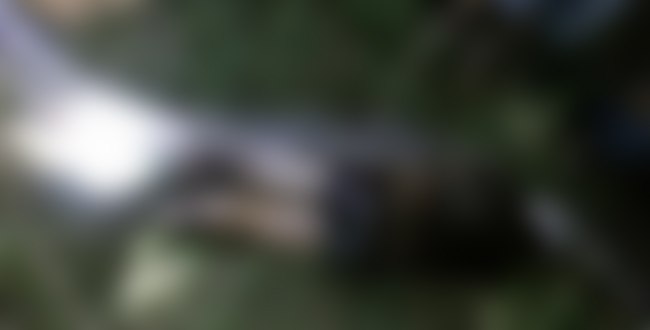 Why the increase in snake attacks, especially on palm oil plantations?

As stated by the Union of Concerned Scientists:

“Much of this palm oil is produced in ways that involve the destruction of tropical forests and peatlands, adding to global warming emissions and reducing habitat for many already threatened species.” 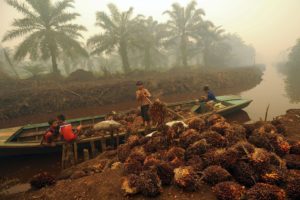 With deforestation rates in Indonesia being the highest in the world – higher than even the Brazilian Amazon – snakes, amongst every animal that traditionally calls the likes of the Sumatran rainforest home, are finding themselves hunting for food elsewhere. 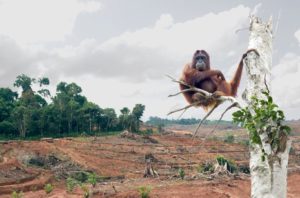 The palm oil plants are a hub for rodents and other small animals that feed on the fatty, energy-dense fruit.

And the snakes were hunting the rats. Until now…

With around half of all products sold in grocery stores and mini-marts across the world being made out of palm oil – and Indonesia being the primary exporter of palm oil – the next giant python attack on a plantation farmer can only be around the corner.

Panda Diplomacy – Indonesia Welcomes A Pair Of Panda’s From China
14th Choke Point – How Vital Are The Malacca Straits To Global Trade?