The Malacca Straits – the narrow stretch of waters that separates Indonesia, Malaysia and Singapore – is one of the most crucial areas to global trade.

25% of the world’s oil comes via the Straits, transporting more than 15 million barrels of oil per day. Both China and Japan’s economies rely heavily on the Strait of Malacca, with over 80% of China’s oil imports by sea, and 60% of Japan’s total oil imports come via the straits. Not too mention all the IndoMie that gets lovingly delivered across the world.

The Malacca Straits Are Also One Of The Most Crucial Choke Points In The World. 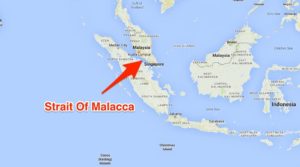 A choke point is defined as a critical maritime route that is susceptible to a disaster that could massively impact Global trade.

There are 14 choke points around the world are here: 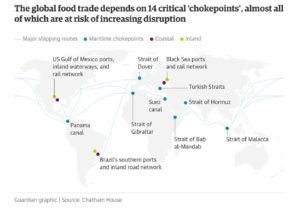 These are becoming increasingly vulnerable. With climate change bringing more incidents of extreme weather, analysts at the Chatham House thinktank are saying that the disruption to trade, food and energy supplies are very real. Huge price spikes potentially leading to conflicts are to be expected.

Particular threats to the Malacca Straits include the haze from palm oil slash and burn tactics used in Sumatra, which can reduce the visibility of ships to 200m. Volcanos and other tectonic activity also pose a serious threat. Natural events can be combined with unhelpful disagreements that tend to occur between human beings, as well as some old-fashioned piracy thrown into the mix. 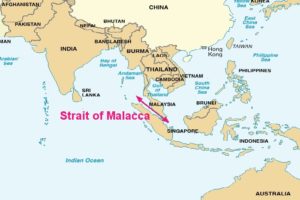 It is also the most narrow of the 14 Choke Points, along with the Panama Canal. The narrowest point in the Strait is only 2.8 km wide, which creates a natural bottleneck for shipping. 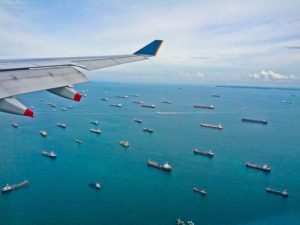 As a crucial shipping link between China and the rest of the world – not to mention the significance to the nations that control the area – the potential for disruption in the Malacca Straits should be taken seriously.

The world’s IndoMie could be at stake.