Plastic is one of the Indonesian and Global environment’s greatest enemies. But Scientists may have found a solution…

A British and American lead team of scientists have mutated an enzyme that can literally eat PET (polyethylene terephthalate), the least biodegradable ingredient in plastic bottles. It’s called “PETase”. According to The Guardian:

“The mutant enzyme takes a few days to start breaking down the plastic – far faster than the centuries it takes in the oceans.”

This could be a timely revolution in plastic waste management, particularly for one of the world’s worst culprits of plastic wastage… Indonesia.

Why does Indonesia desperately need to solve its disposal of the plastic waste problem? 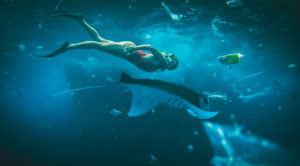 Indonesia uses enough plastic straws to go around the world, every day 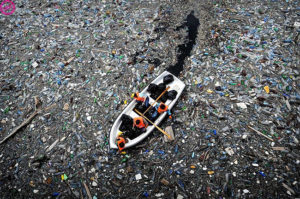 With these sorts of seemingly insurmountable problems, it can feel like we are losing the war against an environmentally friendly and sustainable Indonesia.

What is needed – beyond affirmative political will and action – is a transformation in industrial waste management. And we may finally have it… 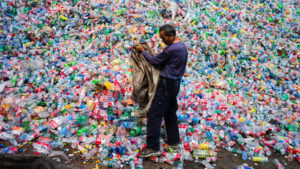 Mutant version of the enzyme “accidentally” improved by scientists in UK 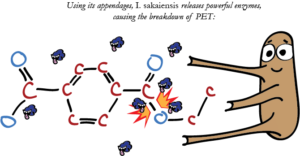 Speeds up the process by starting the breakdown of PET in days, not centuries

Could feasibly be scaled to industrial scale 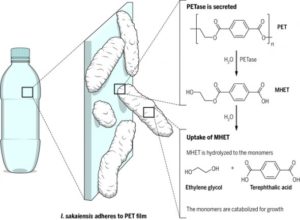 This could mean that we could eliminate the most harmful parts of plastic bottles, and recycle the rest.

There is still a lot of research to be done, not least to see if there is a further potential impact on the environment by introducing these enzymes. However, this could be just the ammunition that the fight against plastic needs, as the tide against plastic consumption gains strength.

As leading biologist Professor John McGeehan at the University of Portsmouth stated:

“It is so easy for manufacturers to generate more of that stuff, rather than even try to recycle. But I believe there is a public driver here: perception is changing so much that companies are starting to look at how they can properly recycle these.”

“We can all play a significant part in dealing with the plastic problem, but the scientific community who ultimately created these ‘wonder-materials’, must now use all the technology at their disposal to develop real solutions.”

In the meantime, say no to plastic straws and give dirty looks to those drinking from plastic bottles 😜

Steve Irwin’s Emotional Encounter with an Indonesian Orangutan
More Than Gold: Indonesia’s Environmental Demands Of The Grasberg Mine