The Grasberg Mine is the largest gold mine and third largest copper mine on the planet.

This is why proposed changes to environmental regulations are so important.

The Indonesian government is demanding that American mining company Freeport increase the mining waste (known as tailings) disposed on land from 50% waste to 95%. Currently, half of the tailings flow into river systems.

The news saw Freeport shares drop 16%, prompting CEO Richard Adkerson to come out and call the move “shocking” and not “feasable”.

The Grasberg mine has long been a contentious issue. Perhaps it’s finally time that we talked seriously about the environmental implications of one of the most valuable plots of land in the world.

Why should we care? 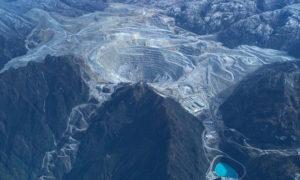 It’s one of the biggest excavation sites for natural minerals in the world.

The Indonesian economy relies heavily on its natural mineral exports.

The Mine is valued at around USD $16 billion.

Last year the mine generated more than 500,000 tonnes of copper and over 1 million ounces of gold.

In September 2017, the Indonesian government renegotiated their stake in Grasberg with American mining company Freeport. Indonesia is set to take the controlling share of 51% ownership of the mine, with Freeport accepting 49%.

It also gives the mining megalith a measure of certainty to execute plans to expand the mining further underground, as the Freeport Agreement will ensure the US miner will maintain land rights until 2041.

Negotiations are still ongoing, which is fueling the contention. 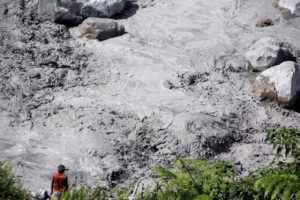 The Grasberg mine produces 10,000 tonnes of tailings per hour.

Half of which is disposed of in rivers.

200,000 tonnes of mining waste trickles into the Aikwa delta system every day.

. Earthworks and MiningWatch Canada asserted in 2012 that Grasberg waste “buried over 166 square kilometers of formerly productive forest and wetlands, and fish have largely disappeared”.

We are talking pollution of catastrophic proportions.

All the while, almost 16,000 Papuans are employed at the mine. The Guardian reported girls of 9-years-old accompanying their mothers to sift through the crater – instead of doing their homework – to find that timeless signal of wealth, gold.

Inspector-General at the Indonesian Ministry of Environment and Forestry, Mr. Ilyas, has said the legal division of his Department had found 47 violations of environmental regulations during a visit to the site in September 2017.

Thirty-nine had subsequently been fixed but “the big ones left are mostly related to tailings”. 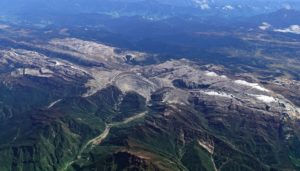 Whether it is considered “feasible” or not and whatever the motivations are, one thing is undeniable: The Grasberg Mine must drastically improve its disposal of mining waste.

Otherwise, by 2041, every single shiny yellow droplet of gold and toxic copper coin will have been siphoned out of Grasberg leaving nothing but a barren crater. From being worth $16 billion to a worthless toxic pit in 20 years.

It would seem that Indonesian officials have done their calculations.

Protecting the environment surrounding the Grasberg Mine is worth more than Gold.