A team of researchers recently reported in the journal Nature that paintings of hands and animals in seven limestone caves on the Indonesian island of Sulawesi may be as old as the earliest European cave art.

These stenciled style paintings discovered a few decades ago in Indonesia, have just been confirmed by scientist as the oldest in the world, dating back to around 40,000 years ago. 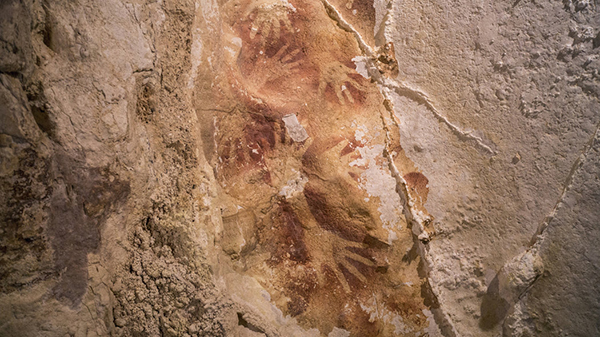 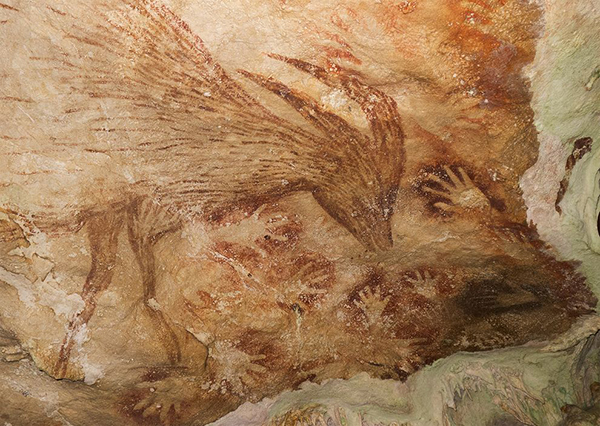 Above is a painting of a Babirusa (also known as a pig-deer), which may be the world’s oldest figurative art.