The earth has two main sets of lungs.

The Amazon in South America and Indonesia’s tropical rainforests in Sumatra and Kalimantan.

Both are currently ablaze, producing a hellish haze across the region. 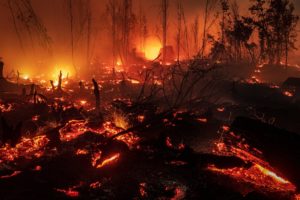 5,600 brave but poorly equipped firefighters have been deployed to tame an uncontrollable situation. 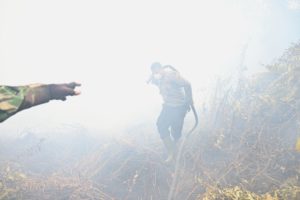 80% of the fires were intentionally started to make room for new plantations.

2,900 hotspots, have erupted across Indonesia, including in Sulawesi, Java and Papua.

Quite literally, the Indonesian archipelago is an inferno. 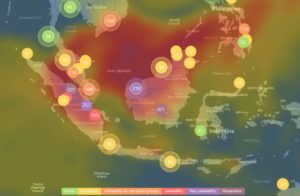 Millions of students have been effected as schools close amid terrible air quality.

The suspension of 2,500 schools in Malaysia, including 300 in Kuala Lumpur, have forced 1.7 million children to stay home. 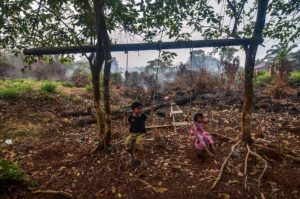 In Indonesia, 800 schools in Riau province and 1,300 in Central Kalimantan have suffered the same fate. 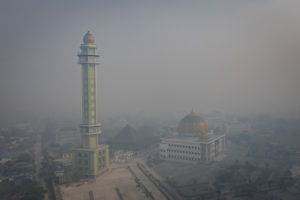 This is annual “Haze Season”. But a particularly waterless dry season has made this Haze the worst since 2015.

They face up to 10 years in prison. 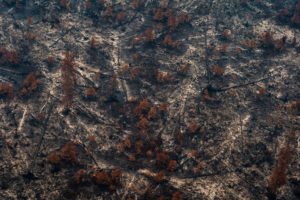 While severe punishments would, logically, deter farm owners from committing similar crimes in the future, there are impersonal forces at work here.

Environmental activists say it is global demand of palm oil that is forcing the hand of farmers to fan the flames.

Indonesia is the world’s largest palm oil producer – a product used in every commodity in your local super market. Literally everything from peanut butter to shampoo. 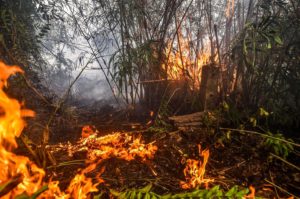 According to a New York Times in a 2018 report:

“NASA researchers say the accelerated destruction of Borneo’s forests contributed to the largest single-year global increase in carbon emissions in two millenniums, an explosion that transformed Indonesia into the world’s fourth-largest source of such emissions.” 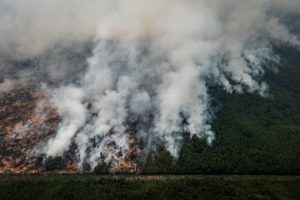 Calling the world’s rainforests the “Lungs of the Earth” is not just a platitude.

This is a crisis that is effecting the respiratory systems of tens of millions of men, woman and children across islands and boarders.

And that’s not to say anything of the voiceless, innocent, sentient victims that have no say in the destruction of their habitat. 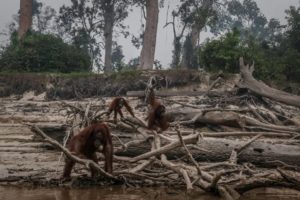 While dozens of “Water-Bombing Aircraft” are rightly approaching these hotspots like war zones, there is only so many times these incidents can be predictable and unabated before regional tension simmer.

2013 cost Malaysia $375 million in health care and loss of income as a result of Indonesia’s deforestation.

That’s a hefty bill for a neighbours environmental negligence. 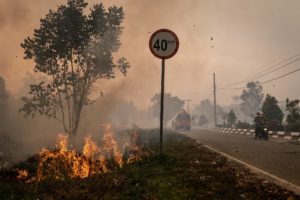 If we are unwilling to curb palm oil’s global demand, there needs to be a serious rethink and redesign of how the managers of our world’s rainforests reap their profit.

Otherwise, we won’t just suffocate from the charred remains of the formerly-abundant natural beauty of the earth’s lungs.

We won’t have any soap either. 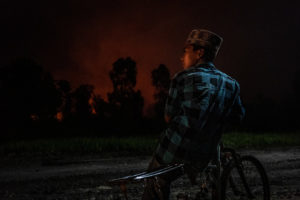