Barrack Obama has always had an affinity with Indonesia.

Ever since his time in living in Menteng Dalam as a boy, he still remembers the calls of the sate and bakso kaki-limas as he played in the streets of Jakarta. And of course, we are always happy to welcome Obama and his family back to the home of his youth.

1) The Obamas creating waves as they hit the rapids at Bongkasa Village in Badung, Bali 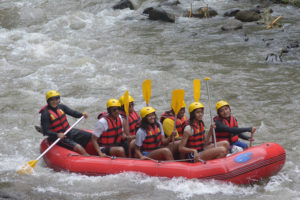 2) Obama gives a cheeky wave on his visit to Tirtha Empul temple. 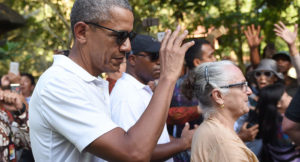 3) Poor Barrack can’t get a moments peace, even as a civilian! 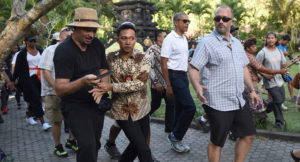 4) The Obamas walking past rice paddies during their visit to Jatiluwih in Tabanan, Bali 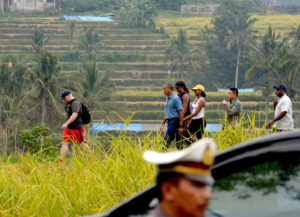 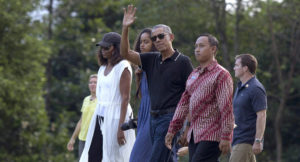 6) All smiles as they enter Borobudur 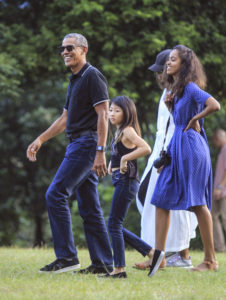 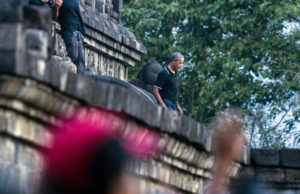 8) Obama looking like a boss around Prambanan Temple in Yogyakarta 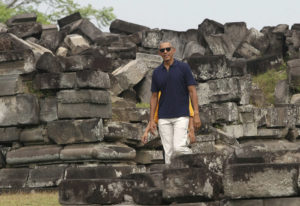 9) Barrack’s charm on show for the staff members of the Prambanan Temple. What a contrast to President Trump. 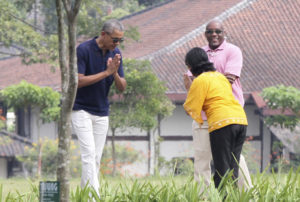 10) Daughter Malia leads the way for dad to the souvenir shop. 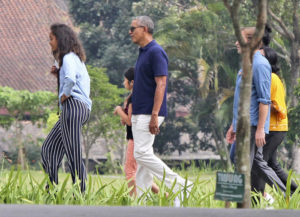 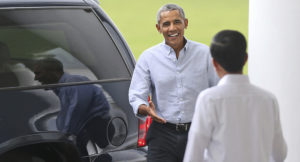 12) Obama waves at reporters as Jokowi tries new a hairdo 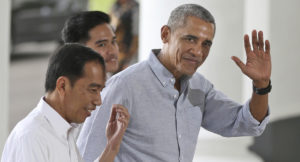 13) Jokowi and wife Iriana show Obama the view from the Presidential Palace in Bogor, West Java 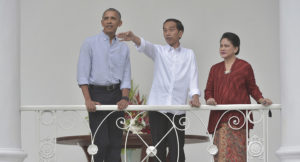 14) Obama and Jokowi take a chilled walk around the Palace. Did he always hate ties? 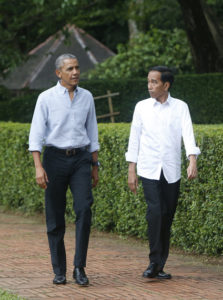 15) Don’t they look cute together? 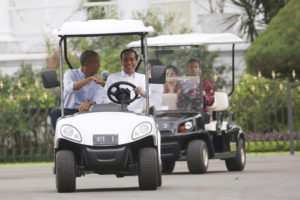 16) Jokowi getting tough over orange juice and kopi luwak 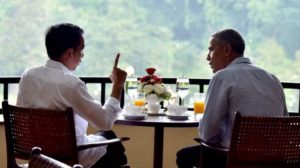 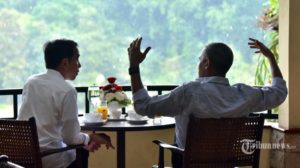 Despite being a holiday, his prestige saw him take to the stage before he left Indonesia. At the Diaspora Congress in Jakarta, he reminisced about his time in Indonesia as a child and concluded with this:

“Respect for individual rights, a commitment to the dignity and human rights of all people, whatever they look like whoever they worship, whoever they choose to love. We have to promote those values every day. Indonesia is made up of thousands of islands, hundreds of languages, scores of regions, ethnic groups and dialects. So, my time here made me cherish and respect people’s differences.”

The world could do with more leaders like Barrack Obama right now. But after 8 years as president, he’s earned his time to chill and not wear a tie.

8 Things You’ll Experience This (And Every) Lebaran!
20 Photos Of Jokowi With World Leaders At The G20 Summit