Connect with us
Photo: David McCandless

Can you guess what Indonesia is best at?

From Argentina’s horse meat to Papua New Guinea’s diversity; from Nigeria’s scrabble players to Paraguay’s positivity — map pinpoints every nation to be the best at something.

Data journalist and information designer David McCandless has researched which countries do what best, based on statistics gathered from sources across the internet.

He added: “Where there were multiple options for some countries, we chose the most interesting or entertaining possibility – and kept the alternatives in the datasheet.

Mr McCandless said he found some surprises in his research. He said: “One anomaly was Bolivia being ranked as the best for Brazil Nuts. 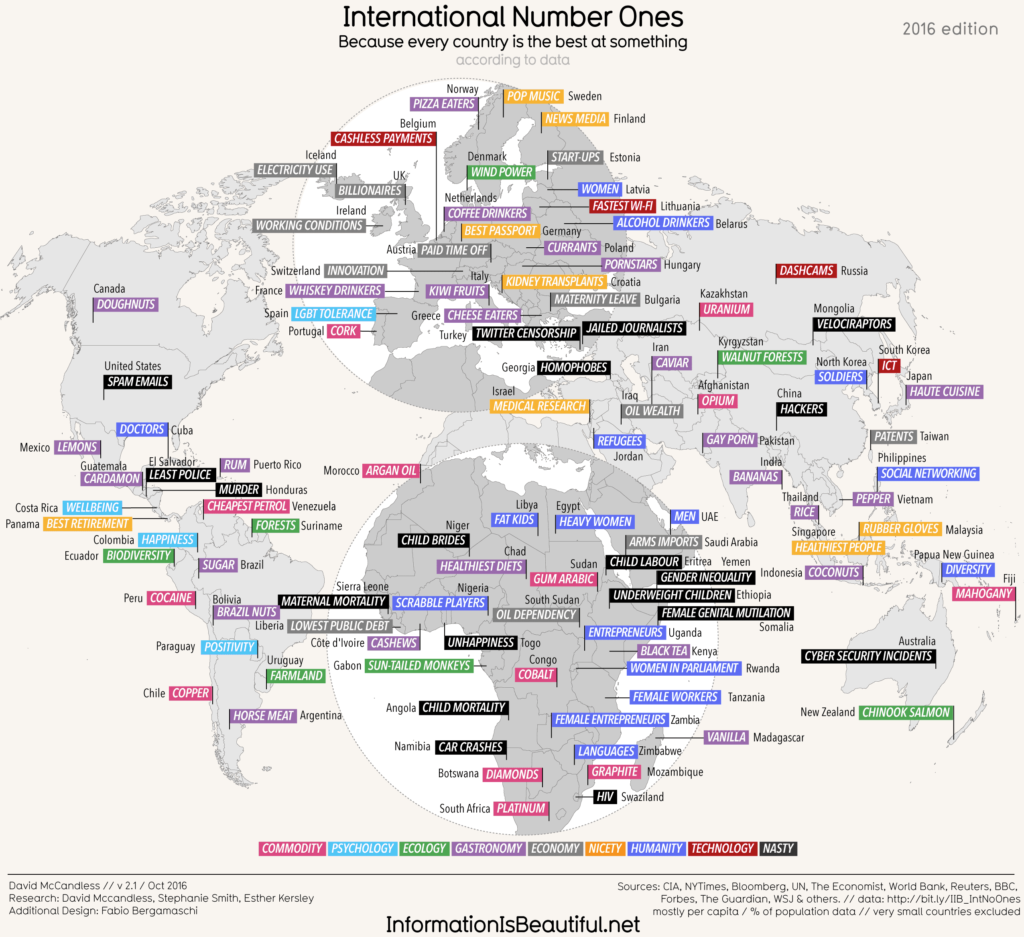 And the answer is… Coconuts! 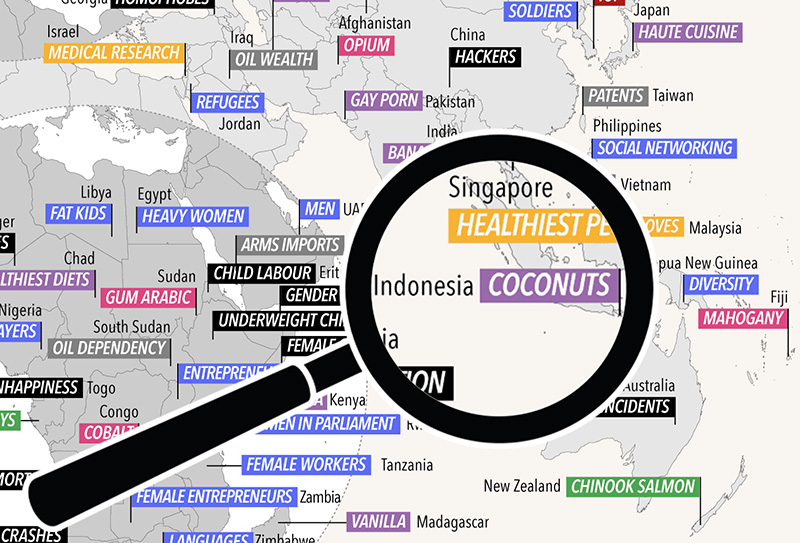 20 Photos Of Jokowi With World Leaders At The G20 Summit
What Do Americans Think Of Indonesia? It’s Worse Than You Think…