Agan Harahap is the Indonesian artist that has taken the internet by storm.

His work shot to prominence when his photoshopped art of celebrities in crazy Indonesian situations went viral. This recipe is what he became famous for – doctored pictures of Western Celebrities seemingly caught in candid moments while being detained by Indonesian police. 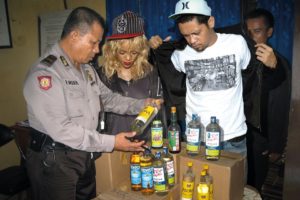 Harahap’s art has been mistaken for truth, something he is proud of. Though something that he admits proves Indonesia’s faulty relationship with the internet.

His message is simple:

Stop Believing Everything On The Internet 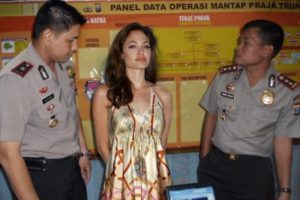 While the celebrities in Indonesian situations are funny, his work has revealed something deeper. Indonesian’s are too ready to believe what they see on the internet. Something he challenges in his work. 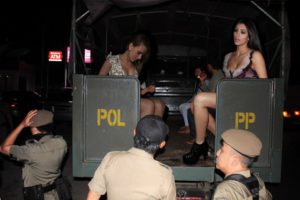 In 2016, upon hearing that two shop owners had been arrested for selling a heavy metal band T-shirt that sported a hammer and sickle – a Communist symbol – Harahab took the social commentary into his own hands.

Harahab compiled a doctored photo of a fish with a hammer and sickle symbol on its head, complete with a Fake News story. So outrageous and unbelievably believable, it was widely shared and even picked up by mainstream media. 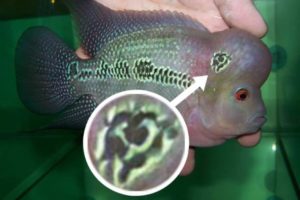 The fish art posing as news was a double entendre. Not only did he highlight Indonesia’s unwillingness to recognize the acts of 1965, but also how far we have gone to replace “the real” with “the fake”. All for likes and shares.

The famous photo of Sukarno sharing a joke with Marilyn Monroe, Elizabeth Taylor, and Jackie O fooled everyone who wanted it to be true. 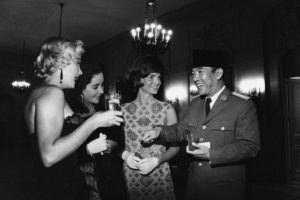 The photo even duped the foundation responsible for collecting historical material related to Sukarno. Something Harahap is proud of:

“Sukarno was known as a womaniser, so the photo attracts attention to Sukarno’s charm. My work is my response to history.”

“It’s a pride for me if my fiction is considered as truth.”

“History is the same, history is not 100 percent truth.”

Indeed, he’s attempted to see some of Indonesia’s more recent, unflattering flirtation with biased news in a new light.

The Ahok scandal gave birth to the new potential of misguided public sentiment. Peppered with Fake News, the witch hunt ultimately saw the Governor of Jakarta imprisoned. Harahap envisioned an alternate reality where Ahok and main persecutor Habib Rizieq Shihab were the best of enemies. 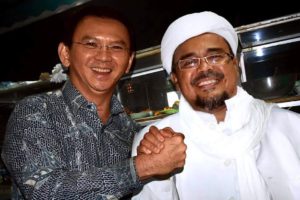 Talking about how the image was received, Harahap said:

“For some people who were overwhelmed with the conflict, it was successful. But some saw it as slander, they hated it.”

“When there is tension between two parties, my function is to give freshness.”

With hoaxes likely to become more abundant as we approach the 2019 elections, the Indonesian internet is going to be a battleground. But there’s one thing that you can do to not be a pawn in the Art of Fake News.

Don’t believe everything you read on the internet. 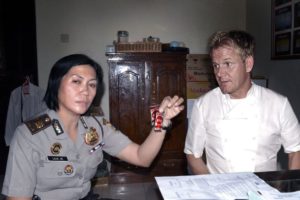 Rohingya Refugees Get Rare Welcome From Their “Brothers” In Aceh
What Happend In The “Lion Air Bomb Joke” Fiasco?