But how can a volcano create lightning? 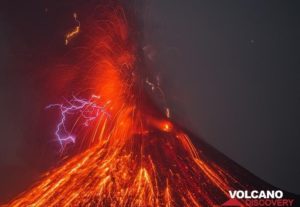 Despite volcanic lightning being recorded as far back as Mt. Vesuvius 2,000 years ago, this phenomenon wasn’t understood until fairly recently.

According to Ethan Siegel of Forbes:

“Volcanic lightning appears to occur most frequently around volcanoes with large ash plumes, particularly during active stages of the eruption, where flowing, molten lava creates the largest temperature gradients.” 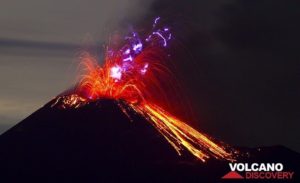 “At the temperatures that volcanoes achieve, it’s energetically favorable for an atom to become ionized… (when) there’s an ensuing exchange of charge that happens extremely rapidly… that’s what you see as a lightning strike!”

Basically, the hotter the volcano and the more violent the eruption, the greater the chance of seeing volcanic lightning.

So, if you were planning a trip to Krakatau, think twice!

Watch the spectacular eruption of Krakatau complete with volcanic lightning:

It was clearly heard 3,000 miles away 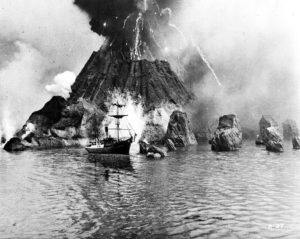 Soundwaves traveled around the world 4 times. 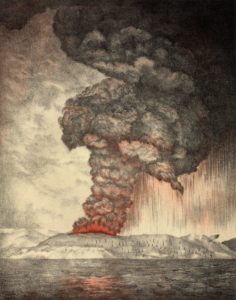 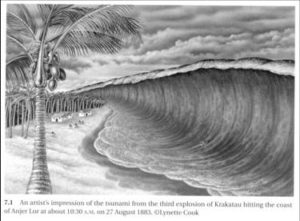 Krakatau blew itself to pieces…

And in its place emerged Anak Krakatau 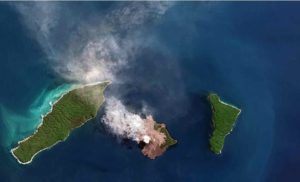