If it’s not broken, don’t fix it. For the case of Indomie—a perfectly tasty dish that’s enjoyed by over millions around the world—it seems that there’s no better way to enjoy it than on its own.

After some tinkering, however, author Suphon Liao from Eastbook.sg came up with an Indomie Pizza.  As crazy as it might seem, it retains all the little nuances that this cult-favourite noodle is famous for: the slight hint of kecap manis, aromatic fried onion oil and of course, the bumbu.

Staying true to the Indomie experience, a soft runny egg is cracked over this pizza and briefly baked again. The finished product is then lightly brushed with Indomie seasoning, giving an exciting burst of umami and sweet flavours.

When this was shown to an Indonesian colleague, she wasn’t impressed. Calling it an abomination to Indonesians and Indomie, she didn’t even lay her hands on them. I left a slice on her table and soon forgot about it.

30 minutes later, she returned with a clean empty plate and muttered, “7/10, at least the taste of Indomie is still there.” 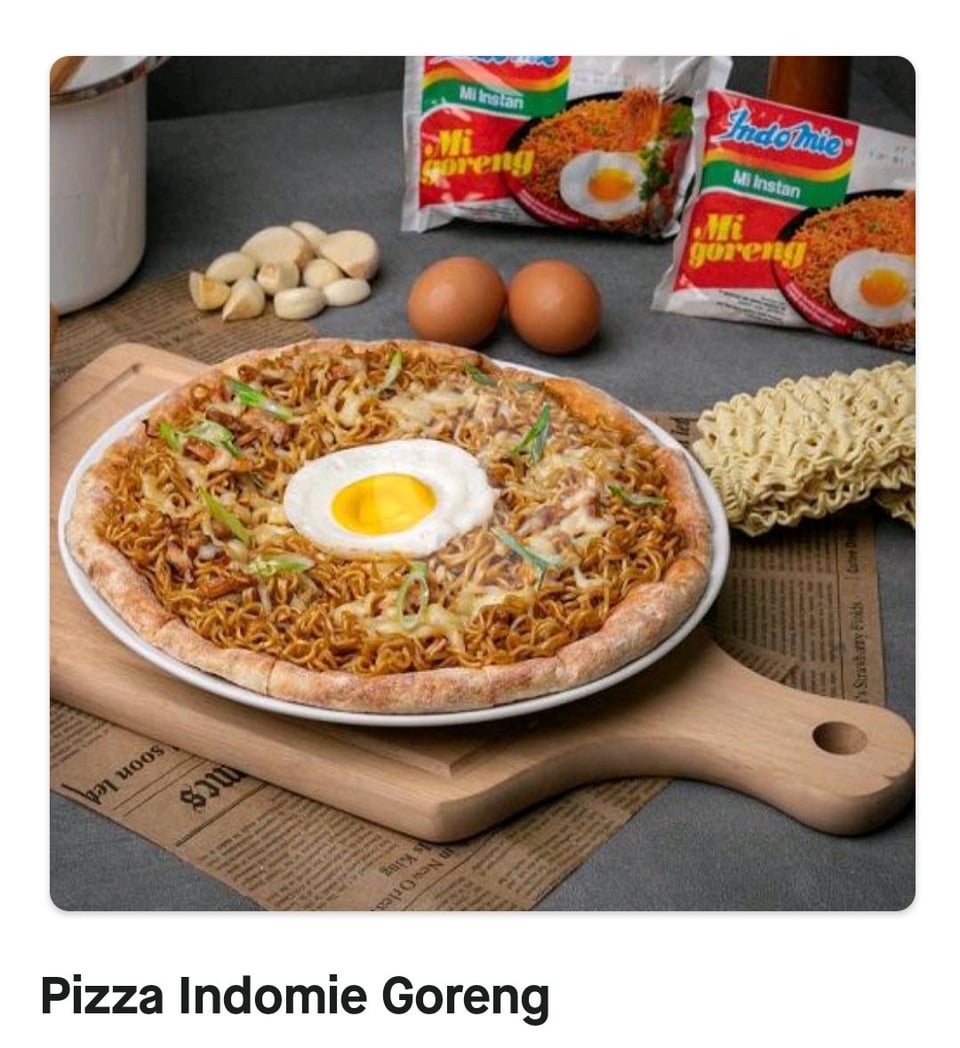