A report released today by Indonesian investigators states that Lion Air flight JT-610 was not airworthy and should have been grounded.

This preliminary report has found that technical problems had been reported on previous flights.

Still no definitive cause has been given by the National Transport Safety Committee (KNKT) investigators.

Although, enough information has surfaced that we can accurately infer what happened.

“During [that] flight, the plane was experiencing a technical problem but the pilot decided to continue.”

“In our opinion, the plane was no longer airworthy and it should not have continued.”

The language suggests shifting blame to the pilots. But the report also outlines several maintenance procedures were conducted in response to its last completed flight from Denpasar.

These can be summed in two most likely contributors to the crash.

Adjusting The Angle of Attack

The “angle of attack” is a sensor that contributes to airspeed and altitude readings. These were changed the previous day.

It is suspected that this not only confused the pilots, but the plane itself. A desperate man versus machine wrestle for control ensued.

As a result, the anti-stall system – the auto pilot correction – was out of alignment. This was a new feature of the Max 8’s, which the pilots were unfamiliar with.

According to the New York Times:

“If the pilots of Lion Air 610 did in fact confront an emergency with this type of anti-stall system, they would have had to take a rapid series of complex steps to understand what was happening and keep the jetliner flying properly. These steps were not in the manual, and the pilots had not been trained in them.”

Correcting this malfunction would have required a complicated and rapid series of movements that would not have been intuitive, particularly for pilots not fully versed in the procedure.

Safety As Prevention, Not Reaction

“to improve the safety culture and to enable the pilot to make proper decisions to continue the flight.”

This is could be seen as a dig at the pilots, trying to suggest the deceased pilots made mistakes that led to the downfall. Rather, the pilots should have been provided with the appropriate training before taking to the skies.

When Garuda pilots train to fly the Max 8, they travel to Singapore to practice on a Max simulator. 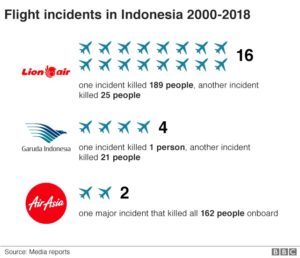 How can anyone be expected to intuitively react in a high pressure situation after completing the aviation equivalent of an online survey?

For the sake of spending the minimum, this financial gamble with passenger safety is why Lion Air has blood on its hands.

Trying to blame the pilots is shirking responsibility.

The gruesome nature of the crash has meant that body parts of 125 passengers have been collected in 200 body bags.

Only one victim was found fully intact.

64 families have yet to have the closure of a single body part as the search for remains has been called off. 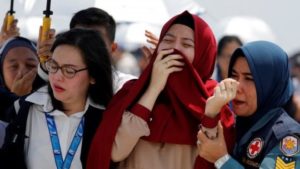 A full report is expected next year.

Hopefully by then, Lion Air will have taken the honourable decision to fund a continued recovery effort and gone someway to compensating the families for their recklessness regard for saftey.

And if they want to ensure the survival of the company…

They will take the drastic measures needed to improve their dire safety culture so this never happens again.

The “Smart Warung” That Has Increased Daily Earnings By 5,700%
90 Prisoners Still On The Run After 113 Escape In Aceh Jailbreak