Some headlines could only come out of Indonesia.

In Jambon, Ponorogo, East Java, lives a particularly naughty, impatient 16-year-old boy. And due to his own recklessness, he’s now a homeless teenage boy.

According to Ponorgo Police Chief Djoko Winarto, this young man had requested a new mobile phone. Exactly what kind of phone he wanted remains unclear. What is clear is that it was one that could drive him to do become a pyromaniac.

His 50-year-old father, Gumbrek, who works as a farmer, told him he would have to wait until after Hari Raya Aidilfitri holiday to get a new phone. This apparently enraged the kid. Big time. 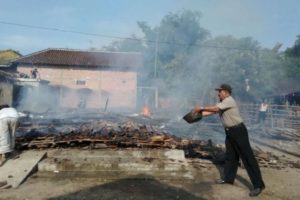 According to Chief Djoko:

“The boy asked for a phone, but his parents had yet to buy it for him, so he got angry and burned down his own parents’ house”

As of Saturday, May 19th, the family house has been turned to ash. Over a phone that the parents had still committed to purchasing, only after Ramadan.

With this refusal, the boy brought firewood to the kitchen and set fire to his own house.

Luckily, there were no fatalities.

But the damages cost the family $75 million ($7,100). Even if the boy was asking for the iPhone 10, the cost of the phone would still be a fraction of the damages. So… lesson learned? 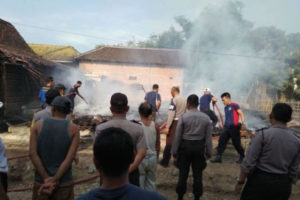 Jokes aside, this does speak to at least one of two taboo subjects in Indonesian society: either the spoiled parenting and lack of discipline many Indonesian kids receive, or the serious issue of mental illness that is so taboo we pretend that it doesn’t exist.

Because, whatever led the boy to think this was acceptable behavior, it would seem that these parents got off lightly.

Chief Djoko also said the boy had once threatened to kill his parents when he previously asked for a motorcycle. He was also later involved in an altercation with local residents because of his reckless driving.

Taking all this into consideration, despite being very high on the list of Indonesia’s least deserving kids for a present on Hari Raya Aidilfitri…

How much do you want to bet he’ll still get that phone?