The Ambassador to Switzerland says the world’s most populous Muslim-majority nation has a ‘strong foundation’ to host games.

“The IOC has acknowledged Indonesia’s capabilities during the Asian Games and Asian Paragames of 2018,” Antara quoted Ambassador Muliaman D Hadad as saying.

“This is the right moment to show Indonesia’s capability as a big country,” Hadad said in a statement made public this week. 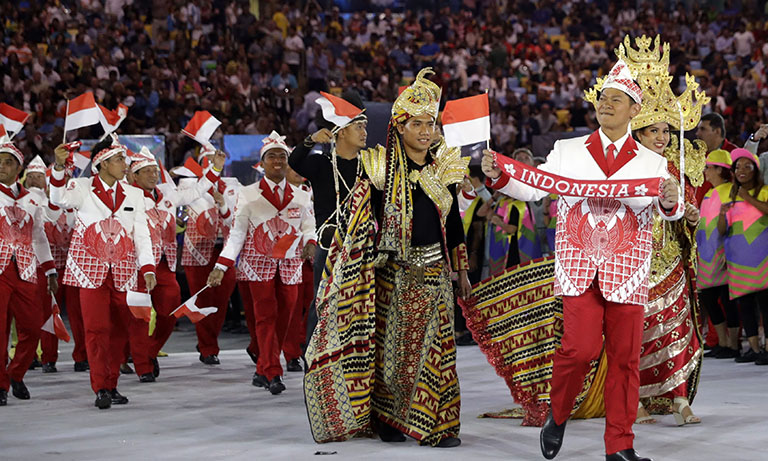 The Associated Press.
Team Indonesia arrives during the opening ceremony for the 2016 Summer Olympics in Rio de Janeiro, Brazil.

India has also expressed an interest in hosting the 2032 games while North and South Korea have said they might enter a joint bid.

The IOC will announce the 2032 host by 2025. If successful, Indonesia would be the fourth Asian Olympics host after Japan, South Korea and China.