Connect with us
Photo: USA Today 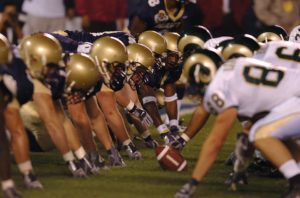 The NFL is now firmly on the radar of Indonesian sport fans after the revelation that the first NFL player of Indonesian descent had made the big time. Ryan Santoso, a 24-year-old placekicker and punter was signed by the Detroit Lions as an undrafted free agent in April 2018. Santoso impressed many people in the Lions camp with his powerful kicking and ability to place kick and punt.

During his first preseason with the Lions, Santoso averaged almost 41 yards per punt, but will certainly have his work cut out to outdo fellow Lion, Sam Martin, who has a career average of just over 46 yards per punt. It’s his potential that saw the Lions sign Santoso to a futures contract. Unfortunately for Santoso, despite Martin entering the final year of his contract, the Lions did not appear to think he has what it takes to replace him at the end of his deal. The Lions eventually waived Santoso as part of their final roster cuts ahead of the 2019-20 season. 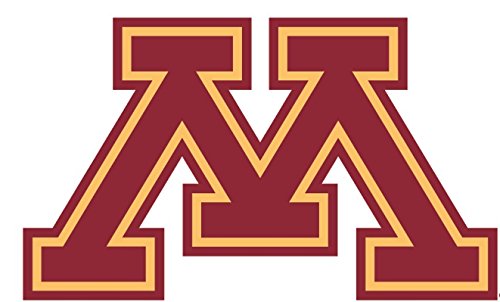 The Golden Gophers nurtured Santoso to NFL stardom (albeit short-lived)

Santoso made his name with the Minnesota Golden Gophers, who last claimed the national college title in 1960. Though the Golden Gophers were dominant in the 1930s and 40s, today it’s all about the Alabama Crimson Tide and Clemson Tigers, who are both clear favorites for the CFP National Championship in 2020. During Santoso’s time with the Golden Gophers, he went from being a field goal kicker to a punter. In 2017, he actually averaged 43 yards per punt, which was better than his preseason averages with Detroit and may have been one of the reasons for his exit from the Lions’ roster.

Following his departure from the Lions, Santoso was invited to sign for the Montreal Alouettes’ practice roster. The Alouettes, who compete in the Canadian Football League (CFL), the highest level of football competition in the country, were clearly excited about Santoso’s arrival. The official site raved about his 6’ 6” height and leg power, noting that he had achieved the Golden Gophers’ second-best average punt score in school history. Nevertheless, Santoso was only with the Alouettes for a matter of weeks after it was announced that he had been released in October.

The harsh reality of trying to make the NFL grade

Data from the NFL Players Association has revealed that a staggering 99.8% of all high-school seniors who play football will never cement themselves in an NFL roster. Furthermore, of the 9,000 players that work their way onto college teams, just 310 of these are invited to the NFL scouting combine, where draft selections can be made. However, just 250 of these are selected, leaving many of those in the scouting combine on the scrapheap—just like the reams of unselected college players on the outside looking in.

Undrafted players can still have a chance to fulfil their NFL aspirations. Just look at Santoso, who was signed undrafted by the Lions last year. NFL teams have wide scouting nets and player development programs that enable rookies to get a second chance, perhaps as part of a training camp roster or a practice squad.

Other Asian players in the NFL

It is said that fewer than 2% of the active NFL players this season are of Asian descent. In the second round of the 2019 NFL Draft, the Los Angeles Rams snapped up Taylor Rapp from the University of Washington. Rapp has a Chinese mother, despite having dual American-Canadian citizenship. Rapp wasn’t the only player with Asian roots to be drafted in 2019. The Arizona Cardinals also picked Kyler Murray, who is half-Korean. Murray appears to have taken to life in the NFL like a duck to water, playing as an integral quarterback for Arizona and recently bagging the NFC Offensive Player of the Week award.