Idul Fitri is a special time of year for Muslims in Indonesia.

It represents spiritual union, family togetherness and the chance to return to one’s regular eating habits. As important as these are, it also represents an incredible anomaly for the nation’s capital.

Jakarta becomes a beautiful city for a week. 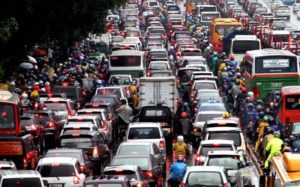 Greater Jakarta’s population is 30 million, meaning 1/3 of the population has left for a week! Indeed, Almost 20 million people have left Indonesia’s major cities. 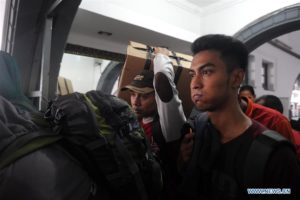 It’s The Only Time Of Year Where Jl. Rasuna Said Looks Like This 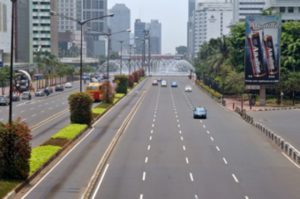 Compare That To The Usual Rush Hour On Any Given Day 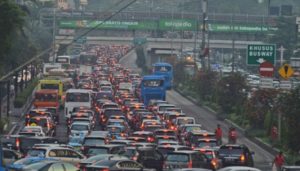 Look, Google Maps has no red lines of traffic! North-to-South Jakarta in 45 minutes. Let that sink in for a moment… 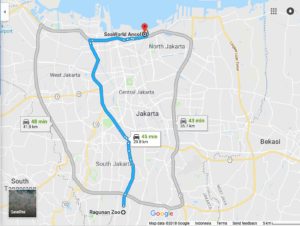 As a result of fewer people being in the city, there are also fewer vehicles. Meaning, there are less of the cities greatest air polluters.

This was the viral photo of Jakarta’s reduced air pollution that circulated last Idul Fitri. 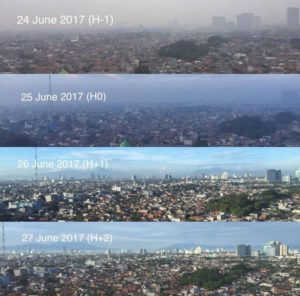 According to the Jakarta Environment Agency, the air quality has already recognizably improved in 2018:

“Air quality at the Hotel Indonesia traffic circle, Central Jakarta, showed on Wednesday that the level of sulfur dioxide ( SO2 ) had decreased by 27.36 percent.”

“Other pollutants, carbon monoxide (CO) and nitrogen dioxide ( NO2 ), have also decreased by 66.91 percent and 70.81 percent respectively.”

The air quality in Lubang Buaya, East Jakarta, also improved, with SO2 and CO decreasing by 2.18 and 53.45 percent respectively.

“NO2 and PM10 concentrations have also reduced (in Lubang Buaya) by 43.63 percent and 28.08 percent respectively.“ 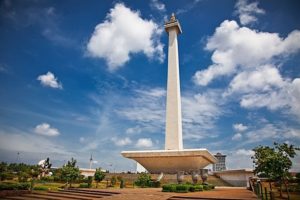 For one week every year, Jakarta shows how beautiful it really is. Our capital reveals itself to be one of the great major cities when the population reduces to a more comfortable capacity.

So if you’re planning on visiting Jakarta, make sure you come during Idul Fitri.