But that success comes with an inevitable price.

Edwin Susanto’s brilliant article about Go-Jek’s role in in plastic pollution detailed this, providing potential solutions to the problem. 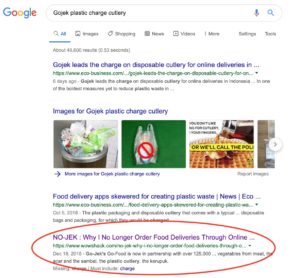 Go-Jek’s move to charge Rp.1,000 for plastic cutlery for every order could be a game changer.

In addition, Go-Jek drivers are increasingly provided with permanent delivery bags in order to transport food.

But with every fork and spoon saved, there is still, at least, the equivalent amount of plastic used. 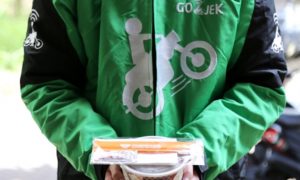 2nd only to China. 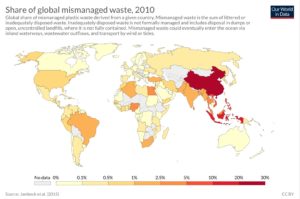 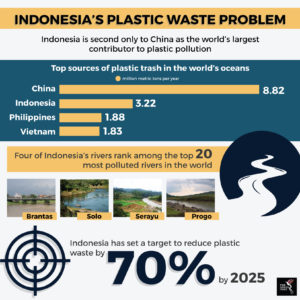 Brantas, Citarum, Serayu and Progo Rank Amongst The 20 Most Polluted Rivers In The World 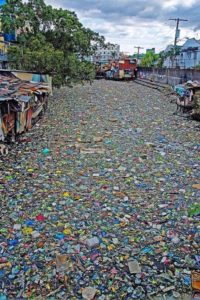 Where are the Indonesian companies taking responsibility for this state of affairs?

The Government’s famous target of reducing plastic pollution by 70% by 2025, funded by US$1billion a year, is about as good as we can hope for.

But that’s a micro-plastic drop in the ocean of what needs to happen.

However, it’s the power of the world’s 2nd largest ride-app, and other companies besides, that offer an order of magnitude greater influence than US$1 billion and a ludicrous target.

But it is an important one.

Indonesia is a throwaway culture. One that went from banana leaves to plastic bags in 2 generations.

We can’t wait to “educate” 280 million people across 17,000 islands before our bio-diversity chokes on IndoMie packets and coke cans.

Understanding this is the crucial step in solving our plastic pollution crisis.

And while taxing the consumer for plastic is an already proven strategy in reducing its prevalence, this attack on convenience needs to be two-fold.

Now, imagine all of Indonesia’s largest companies who use or facilitate plastic packaging moved towards something more sustainable?

It may just be the case that the answer lies in the ecosystem that Indonesia’s Unicorn’s were born out of.

Indonesia is a hub of start-up’s inventing the technical solutions to these environmental problems.

Take Avani and Evoware, who are producing biodegradable alternatives for packaging. 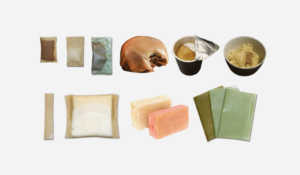 What if that plastic tax went towards substituting every IndoMie packet, every carrier bag and every Go-Jek transported container into a cassava or seaweed substitute? 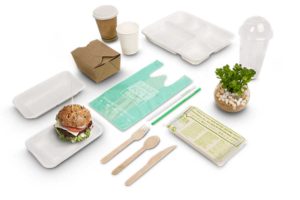 It would be a stunt far more epic, legendary and useful than getting a Go-Jek to Rich Brian in New York…

And that was pretty epic. 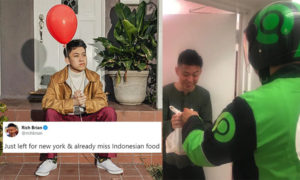 Uniting Indonesia’s conglomerates and start-up ecosystem to battle climate catastrophe may sound like a pipe dream.

But so did Edwin Susanto’s vision of Go-Jek updating and cleaning up it’s contribution to plastic pollution.

Sources: Detik | Eco-Business | Our World In Data | The Asean Post