Connect with us
DailyMail

After months of painful waiting, Mt Agung has finally erupted.

The eruption – thankfully much tamer than 1963 – formed an ash cloud 700 metres above the volcanic peak just after 5 pm on Tuesday. Indonesia’s disaster mitigation agency described the eruption as “steam driven”. 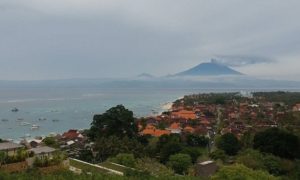 The agency’s head – Sutopo Purwo Nugroho – has urged people eager to return home to remain calm as the danger is not completely averted. The designated hazard zone still covers a radius of 6-7.5km around the volcano. Tourists and hikers are reminded not to climb the volcano, whose peak is the highest point on the island. 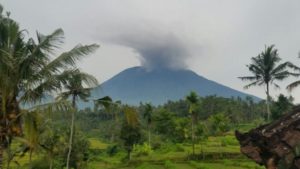 Fearing a repeat of the devastation of 1963, more than 150,000 locals were evacuated from their homes in September, an incredible feat of organised evacuation by authorities, charities and volunteers. The urgency was based on the outcome 54 years ago when more than 1,000 people died on the slopes of the volcano — many killed by clouds of hot gas called “pyroclastic flows”.

An increased threat due to the rainy season is that rain can send waves of mud and rock washing down the mountain, after the eruption.

About 30,000 people remain in evacuation centres. So far, there are no plans to expand the evacuation zone to take in more villages. It is hoped, however, that once the aftereffects of the eruption can be accounted for, everyone can return home. 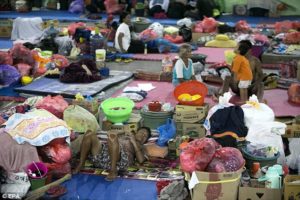 Naturally, it is better to be safe than sorry when it comes to the forces of nature along the “Ring of Fire”. Though this eruption is far less explosive than the hysteria surrounding the question that floated around Bali for months:

“So when’s the volcano going off?”

As a result, many people cancelled their holidays to the detriment of the island’s economy. According to official estimates, Bali has lost at least USD $110m in tourism and productivity. 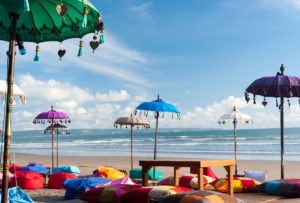 Even as the volcano is continuing to cough freshly spewed ash, Ngurah Rai Airport remains open for flights in and out, as the tourist hotspots remain safe.

So if you missed out on your holiday at the end of summer, why not make up for it Bali style to close out 2017?