Connect with us
independent.co.uk

A wax statue of Adolf Hitler has been the main attraction of Yogyakarta’s De ARCA Statue Museum.

Though due to global outrage, the popular exhibit of a gallant looking Nazi leader has been removed. Positioned right in front of the sign that greeted the prisoners of Auschwitz, visitors to the museum could view, touch and pose with one of the most infamous figures of the 20th Century. 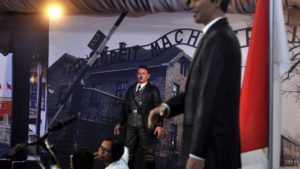 The wax work has sparked anger by Jewish groups, media organisations and human rights groups, calling it “disgusting”. But this was never the intention of the Museum. The Museum’s curator Jamie Misbah has stated:

“We don’t want to attract outrage… Our purpose to display the Hitler figure in the museum is to educate [people].” 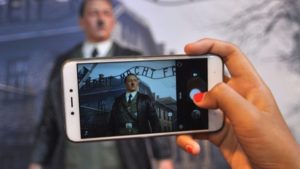 More controversial than the statue itself, is the context and imagery behind it. Poised in front of the gates to Auschwitz and it’s chilling Arbeit Machs Frei sign – meaning “Work Will Set You Free” – is the last gate that 1.1 million people ever passed through. 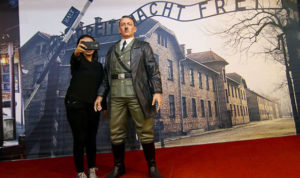 The idolization of Nazi symbols has been a naive part of Indonesian counter-culture, as a result of being so distant and uninformed about the atrocities committed. This non-malicious representation of Hitler is more in keeping with a comic-book super hero villain and is part of a widely used symbolization of Hitler and his nationalist party in Indonesia. 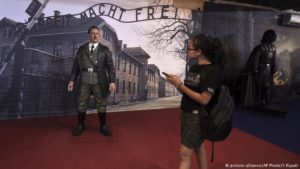 The bizarre Soldatenkafe, a Nazi-themed Cafe in Bandung littered with WWII memorabilia and quotes, with a particular focus on the Third Reich, drew as much unwanted controversy as it did happy customers. It was finally closed at the start of 2017.