Papua has been the focus of well funded and targeted disinformation campaign across social media, the BBC reports.

With a near complete media blackout, especially for foreign journalists, social media has performed a crucial role for the press getting it’s information from the region.

However, Papua’s decades long separatist movement has been reinterpreted by malicious forces online to present a skewed picture of the truth.

Social media has been hijacked to present you a lie. 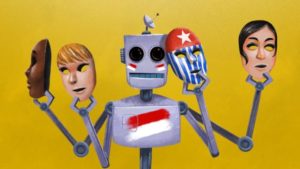 The Papuan independence movement has escalated over the last few months.

Protests erupted in August and September after claims of racist comments from a university lecturer in Jayapura.

At least 27 people have died as a result at the time of writing. 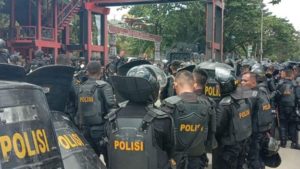 This has been the worst political violence in the region in decades.

The response was thousands of extra security forces sent to Jayapura and blocking the internet to “stop the circulation of hateful comments”.

An investigation by the BBC and the Australian Strategic Policy Institute (ASPI), has revealed a network of “bots” that have been deliberately misrepresenting the reality of what’s happening in Papua online.

According to the BBC investigation lead by Benjamin Strick and Famega Syavira:

The Twitter accounts were all using fake or stolen profile photos, including images of K-pop stars or random people, and were clearly not functioning as “real” people do on social media. 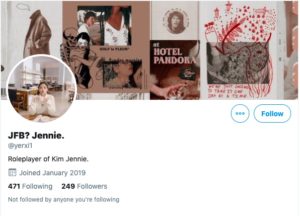 This led to the discovery of a network of automated fake accounts spread across at least four social media platforms and numerous websites which could be traced to a Jakarta-based media company, InsightID.

The bots would jump on to hashtags being used by groups supporting independence, such as #freewestpapua, so they swamped negative reporting with positive stories about investment in the region, a process known as “hashtag hijacking”. 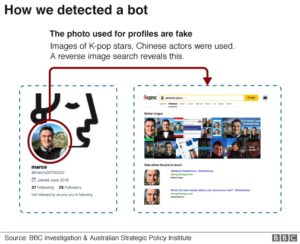 This technique was also used on Facebook. One such message, in English, said Indonesia had invited the UN to Papua to assess the situation. But the UN has complained that, despite an agreement more than a year ago, an official visit has still to take place.

The company pushed out content on Facebook with paid ads targeting users in the US, UK and Europe. 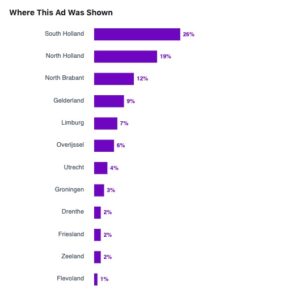 “The risk of a campaign like this, in a place with so little access to truly independent media, is it skews the perceptions and understanding of the international community in a way that doesn’t reflect reality,” says ASPI cyber researcher Elise Thomas.

“That appears to be the goal, one which someone is willing to spend hundreds of dollars and many months to achieve.”

I captured five days of tweets using #WestPapua & #FreeWestPapua tags after a crackdown by Indonesian forces against Papuans in Aug. What I found was a bot network spreading pro-govt propaganda.

Facebook has closed over 100 “fake accounts” aimed at deluding the public on information regarding Papua.

They also found links to a company called Insight ID – a nationalist movement that uses communications technologies with the explicit purpose of fighting Papuan Independence:

“Our content defends Indonesia against the hoax narrative of the Free Papua separatist groups.” 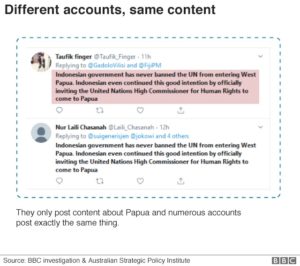 The majority, although not all, of $300,000 spent on political ad campaigns have been attributed to InsightID.

Due credit to the government in Jakarta, they support the closing of the accounts, despite the promotion of a pro-government narrative. 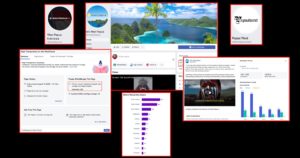 A Ministry of Communication Spokesperson has said:

“Manipulating facts in order to discredit certain groups is very dangerous and can create social unrest.”

The struggle of the Papuan people has been embroiled in a global trend that is at the tip of everyones noses, yet fools millions on a daily basis.

Namely, the modification of public opinion – paid to and delivered by – social media tech giants. 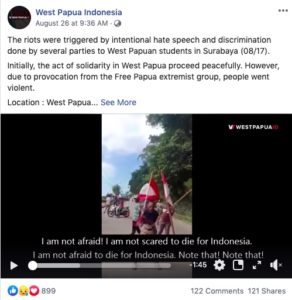 Many of these stories were funnelled through the English language site The Wawawa Journal.

On the surface, it looks like a legitimate, flashy news site.

In reality, its articles come from unnamed sources with the sole prerogative to vilify international media’s attempt at honest coverage of the Papuan situation. 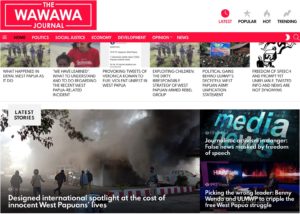 It’s like a WowShack – just better funded, driven by a propagandist agenda and with no hint of sarcasm or humour.

Not to be overlooked, the domain holder of the website is Muhamad Rosyid Jazuli, the CEO of the Jenggala Institute, a research centre founded by Indonesia’s former Vice-President Jusuf Kalla.

“Mr Jazuli told the BBC the campaign was a personal project that he was independently funding, in response to what he claimed was biased reporting of events in Papua.”

What Is Truth In The Echo Chamber?

Papuan Independence is a question that is becoming increasingly impossible to avoid.

The issue here, however, is how private entities and individuals can manipulate public opinion with a simple cash injection into Facebook’s coffers. 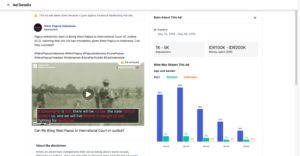 No checks, balances or regulation.

Just the right to circulate “the truth” online sold to the highest bidder.

Remember, this is the information getting to you on behalf of the people so caught up in the reality of their own struggle, they now longer have access to the internet.

They can’t even update their Facebook status to “Oppressed”.

$300,000 is pocket change to the forces that want the “Papuan Question” go away.

And make no mistake, that money is not being spent to convince the Papuan people of a rosey state of affairs – they know an occupying force when they see one.

The object of manipulation is you.

Only through excellent journalism, and a readership that insists on informing itself, can the truth emerge from the regions where honest reporting died long before the advent of “Fake News”.

As for a nation that espouses “Unity in Diversity”, we must listen to the thoughts, wishes and prayers of every Indonesian, equally.

Even if what the Indonesians in question are asking for is Independence.