Connect with us
Photo: Straits Times

The ground-breaking Stanford University study, appearing in Nature science journal, used data captured from smartphones to analyze the habits of 717,000 men and women from 111 countries, whose steps were studied for an average of 95 days.

The research found that people in Hong Kong top the list in terms of number of steps per day, with HK residents clocking 6,880 steps a day.

On the other end of the spectrum, the laziest people in the world are Indonesians who are in the bottom position, with an average of 3,513 steps per day.

The results are illustrated in the below infographic: 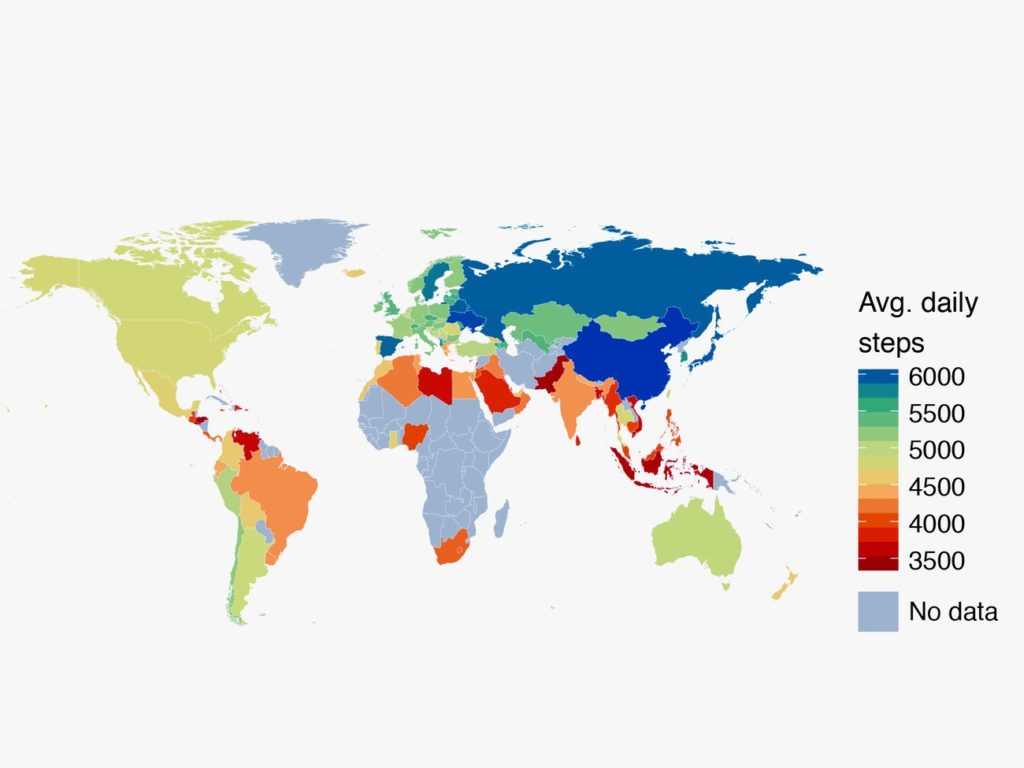 The study made another intriguing discovery: In countries with little obesity, people mostly walked a similar amount per day. But big gaps between people who walked a lot and those who walked very little coincided with much higher levels of obesity.

“Sweden is one of the countries with the narrowest gap … Sweden is also the country with the lowest obesity rate,” said Tim Althoff, one of the researchers.

A contentious issue that arose in this study was infrastructure.

Mobile data show cities with better sidewalks, such as New York and San Francisco, are home to residents who are more avid on foot compared to cities where it’s common to drive vehicles around, such as Houston and Memphis.

For now, though, using smartphone-based data to build public health research and guidance is still problematic. Reason number one: Step-tracking data is actually pretty unreliable, according to Wired.

“In particular, steps that come out of commercial devices like the Apple built-in step counters are not very accurate,” says Bruce Schatz, head of Medical Information Science at the University of Illinois-Urbana Champaign. “They’re tuned for making physically active people feel good.”

The issue, he says, isn’t with the measurement device. Smartphones are equipped with accelerometers that measure tiny variations in location, and they do it well.