Connect with us
Bloomberg

Bank Indonesia has the most Twitter followers of any Central Bank in the World.

Bank Indonesia has over 625,000 followers on Twitter – a good 100,000 more than the Federal Reserve in America. Among Bank Indonesia’s 11,700 tweets, according to Bloomberg:

What Would You Prefer? 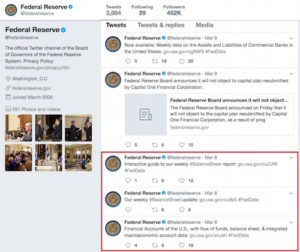 Music video on how to detect fake notes…

“With social media, we can breach communication barriers and also communicate in style”

The bank is committed to making its content more “engaging and shareable” and “most importantly to become viral”. 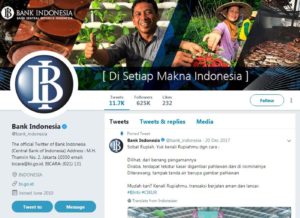 But more than being just about clicks, it’s a strategy of connection.

Social media is perhaps the most efficient way of communicating with 260 million people across 17,000 islands. And Indonesians are famous consumers of social media.


3rd highest Twitter population behind the U.S. and India 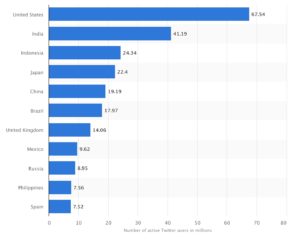 Indonesian policymakers’ desire to engage with the everyday Indonesians is a refreshing stance compared to other Central Banks.