For hundreds of years before Indonesia, the Philipines and Malaysia became independent nations, the Bajau people have lived at sea. 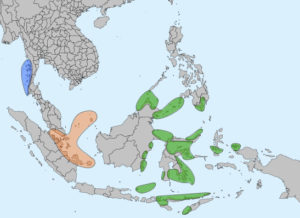 Wiki | The areas where the Bajau Laut live

And it would seem that natural selection has made them genetically stronger divers.

The Bajau can dive for extended periods of time as they hunt for food, being able to hold their breath underwater for an incredible 13 minutes, reaching depths of 200 feet.

How is this possible?

A recently released study in Cell journal, suggests that a DNA mutation that develops larger spleens gives the Bajau a genetic advantage beneath the waves. 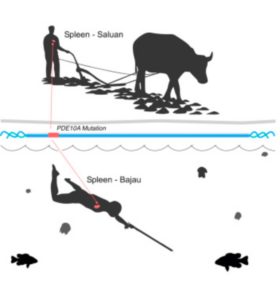 Melissa Llardo, who headed the study, wanted to meet the community before bringing in a load of equipment to study them and abruptly leave. She said:

“I usually had an audience. They were surprised I had heard of them.”

After comparing data from people in Saluan, a small coastal town in Central Sulawesi, Melissa found something remarkable in her Copenhagen lab. The Bajau have more than 50% larger spleens than their land-based cousins. This helps them recycle red blood cells, thus leading to a prolonged ability to remain underwater. 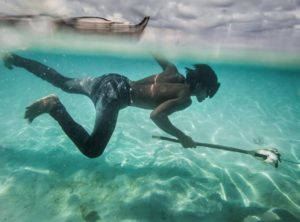 According to Nat Geo:

“The researchers also stumbled across a gene called PDE10A, which is thought to control a certain thyroid hormone, in the Bajau but not the Saluan. In mice, the hormone has been linked to spleen size, and mice that are manipulated to have lower amounts of the hormone have smaller spleens.” 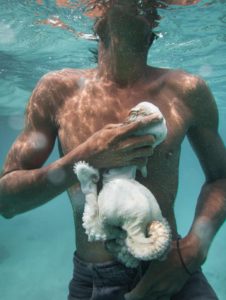 Though this spleen phenomenon could also be a combination of genetics and regular training. 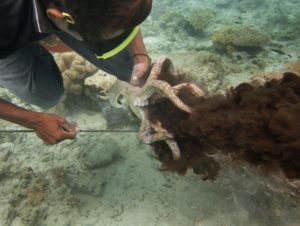 While this nomadic ocean life is as incredible as it is unique, their life is under threat.

Almost like pirates, they are loosely attached to their surrounding nations and do not enjoy the same rights as citizens that live on the mainland. 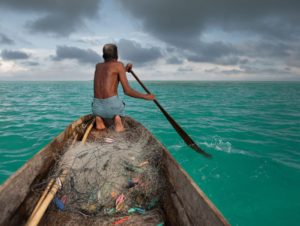 The increased demand of industrial fishing, combined with depleting numbers of fish, is making it increasingly difficult to survive on local stocks. Many are choosing to leave the lifestyle behind and live on land.

Without support, the nomadic and poetically subsistent way of life of the Bajau may be destined for the history books. 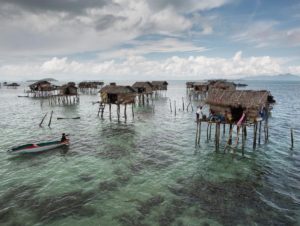