The “Volcano Tsunami” caused by Anak Krakatau is one of 2,000 natural disasters that occurred in Indonesia in 2018.

It was a an explosive crescendo to a year filled with seismic tremors.

Anak Krakatau caused an extremely rare kind of a Tsunami, one created by underwater landslides physically pushing the ocean and causing a tidal wave.

The famous original Krakatau blew itself to pieces in one of the largest eruptions in recorded history, in 1883.

Christmas Eve also represented the 14th Anniversary of the Aceh Tsunami that claimed 230,000 lives in 2004. 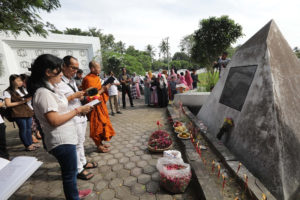 Indonesia is no stranger to cataclysmic events.

But the frequency and ferocity of 2018’s natural disasters isn’t just something we are all thinking.

According to the National Disaster Mitigation Agency (BNPB):

At least 430 people have been confirmed dead in the Sunda Strait after the tidal wave days before Christmas, not including the 159 missing people. 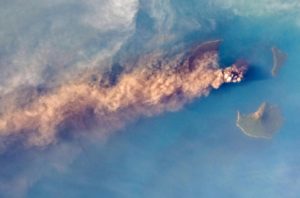 A total of nearly 4,000 people have lost their lives due to natural disasters this year in Indonesia.

21,991 have been displaced along the West Coast of Java. 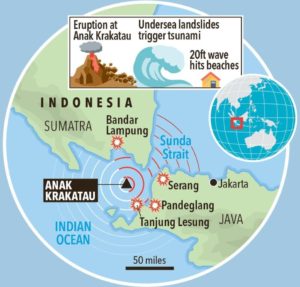 In total, 3 million people have been displaced this year in Indonesian natural disasters.

There is a large spectrum of what “natural disaster” means in the BNPB lexicon.

2,000 this year would mean Indonesia suffered an average of 5.5 natural disasters per day in 2018.

But from tremors to earthquakes, volcanos spewing ash to violent eruptions, heavy winds to tornados and everything in between, theres enough to displace, injure and kill across this violent archipelago every day. 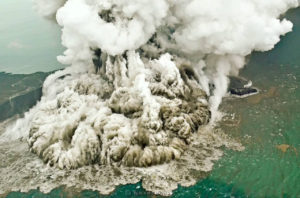 The fresh tragedy in the Sunda Straits brings its own individual heart breaks.

When he visited Pandeglang, you can see in Jokowi’s face a man who is tired of the trauma of natural disasters his nation is suffering. 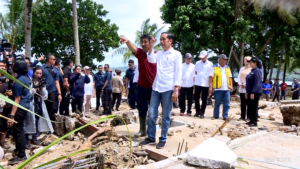 As well as Indonesia’s most recent tragedy, remember:

Life along the Ring of Fire provides for us while it kisses with a fist.

Right now, it feels we can hardly get a breath in before the next tragedy shatters reality, unannounced.

The Government has done everything in it’s power to handle expensive disasters – in life and infrastructure.

But if this is going to be the new normal, the “thoughts and prayers with a bit of sympathy cash” reaction isn’t good enough.