A list of the top 10 weirdest things we love about Indonesia. From bizarre burial traditions in Tana Toraja to the way we cross the road…

For example – Kerokan. Kerokan is where a coin is drawn across the back, helping release ‘wind’ from the body and increasing blood flow near the skin’s surface. Another belief is that the coin serves as an attempt to draw the bad spirits, which are making you feel sick, out of your body (since bad spirits are known to be attracted to money).

Here’s an example of kerokan taking place in Starbucks… 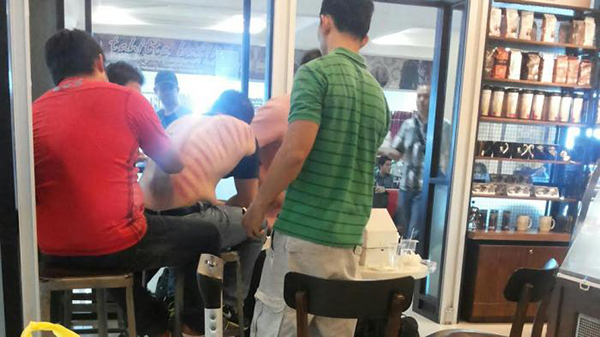 For example – A wood-carved effigy called tau tau, particular to the Toraja ethnic group of South Sulawesi. Wood is carved to look like the dead person, which is then placed in the balcony of the tomb to represent the dead and watch over their remains. 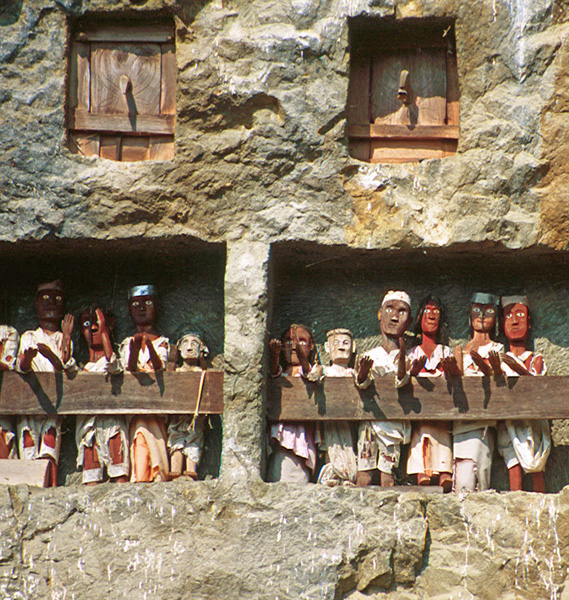 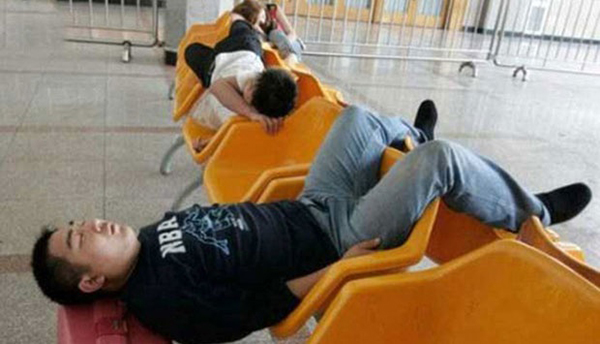 Ask any Indonesian to tell you a ghost story and the chances are they’ll have a good one ready. The term Bogeyman even has Indonesian origins – the term is popularly supposed to refer to Bugis or Buganese pirates, ruthless seafarers of southern Sulawesi. These pirates often plagued early English and Dutch trading ships of the British East India Company and VOC. It is popularly believed that this resulted in the European sailors’ bringing their fear of the “bugi men” back to their home countries. 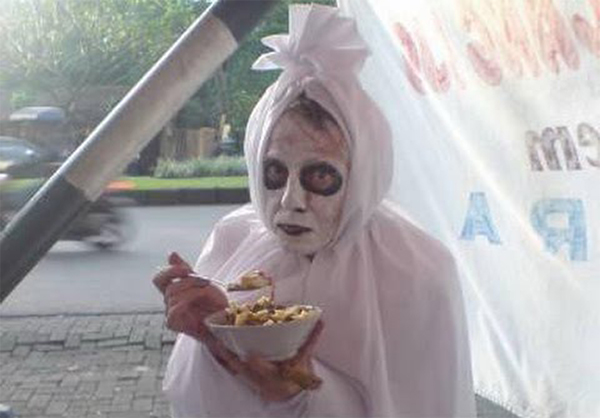 5. The Way We Cross The Road

Rather than using modern technology (zebra crossings, bridges, traffic signals) provided by centuries of civilization to cross the streets safely, we Indonesians wave our hands. We wave, everything in the street will stop (hopefully), and we jaywalk-cross the road. As simple as that. 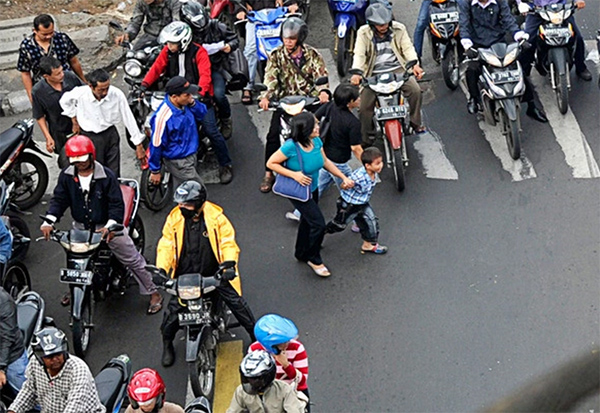 According to recent research by an American social psychologist, Indonesia ranks as one of the most relaxed countries in the world with regard to time (second only to Mexico). The phrase ‘rubber time’ is a literal translation of the Indonesian ‘jam karet’, meaning that things in life are supposed to happen in a very relaxed fashion.

7. The Hobbits of Flores

Just one aspect of Indonesia’s extraordinary history – the 1m-tall (3ft) species – dubbed the “Hobbit” – lived on Flores Island until at least 12.000 years ago. 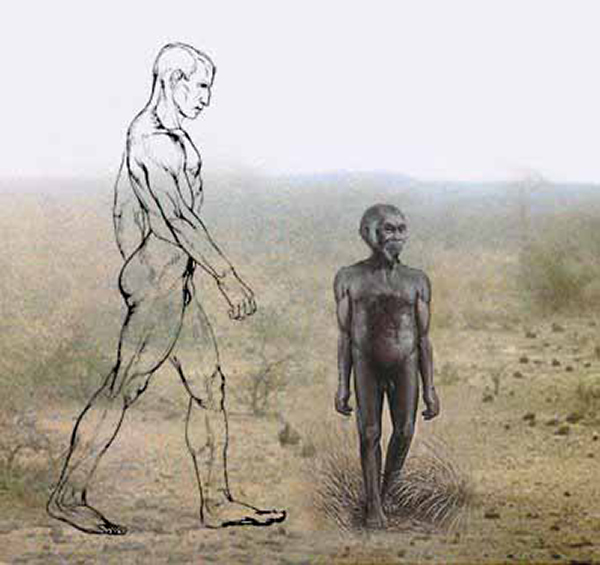 Some Indonesian fruits don’t have an English and translation and many foreigners don’t know they exist such as the durian, which is known to be the king of fruits. Salak and Duku are some other examples. 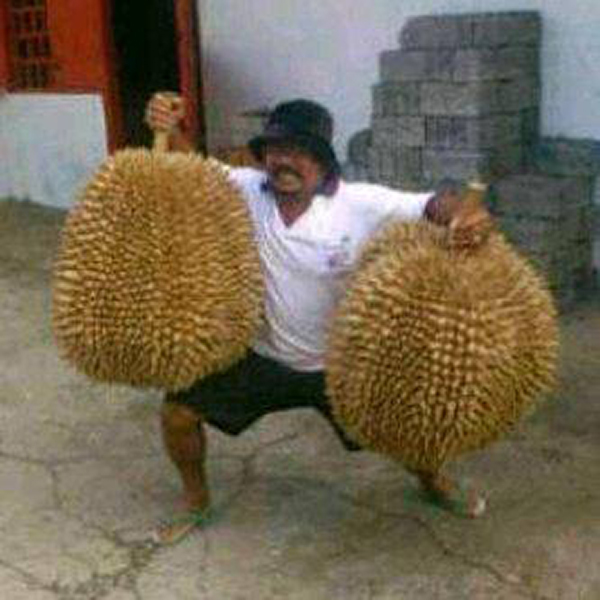 9. Multiple People On One Motorbike

The picture speaks for itself. 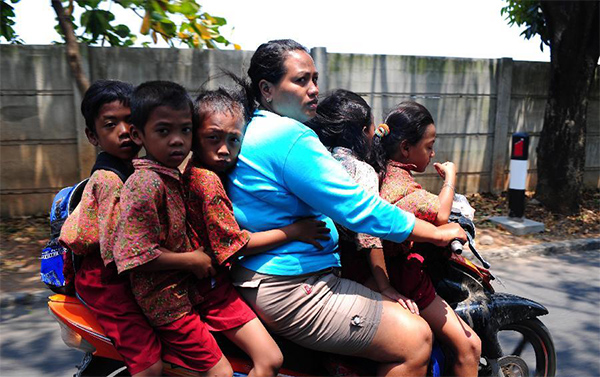 On the island of Komodo lives the Komodo dragon. They live in the national park on Komodo island and are allegedly capable of eating humans… 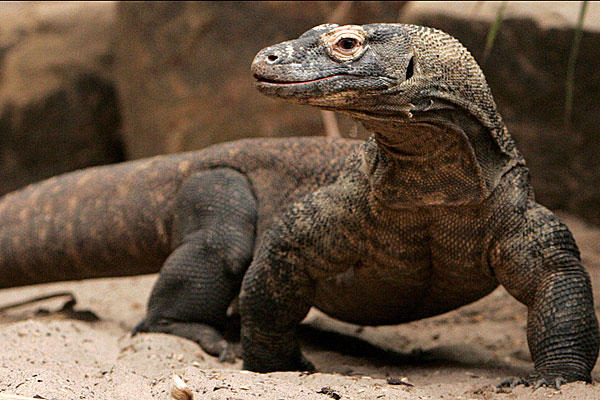 We want to hear about #Goodweird things YOU love about Indonesia.

All you have to do is follow the simple instructions HERE and you can go in the running to win a FREE Lenovo Yoga 3 Pro and IDR 500,000 in shopping vouchers