The Island Of The Gods has always been home to the creative spirit.

It boasts one of the most diverse performing arts cultures anywhere in the world.

Add the prevalence of seasoned artisans as well as a general desire for exercising ones artistic gifts, however fully developed, and you have a creative scene to rival anywhere on earth.

Since the time when history was only word of mouth and story telling was not just an art, but the truth, the island had an innate creative force that drove it’s inhabitants to imaginative stupor.

Whether the activity was: 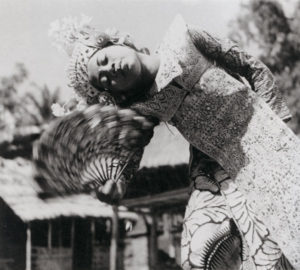 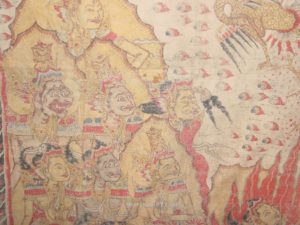 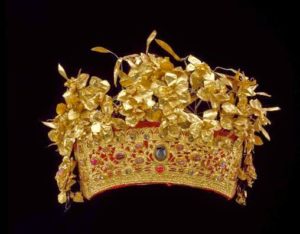 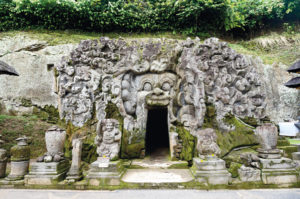 Goa Gajah – The Elephant Cave – Was Sculpted In The 9th Century | NOW! Bali 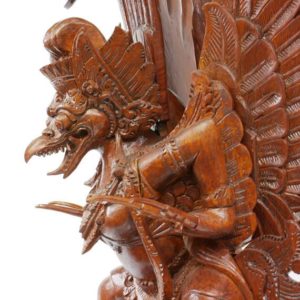 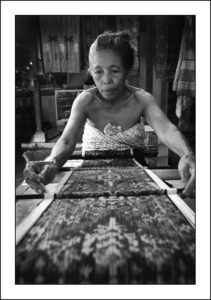 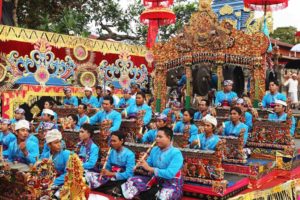 Every artistic discipline found refuge and a place to express itself in Bali.

In fact, individual villages adopted a single artistic direction, and perfected it. Even today, we associate different regions with their time-tested specializations.

For example, when you think of…

Ubud, You Think Of “Painting” 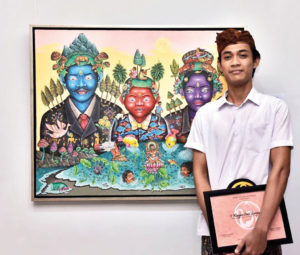 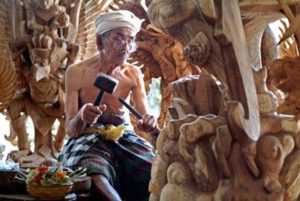 Celuk, You Think “Gold and Silver-Smithery” 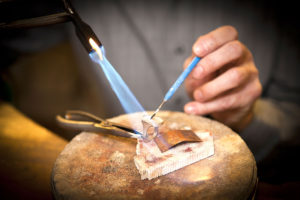 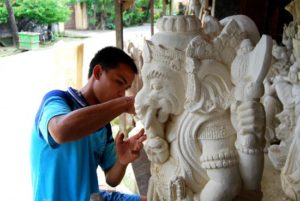 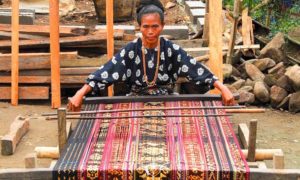 Many of these artistic forms are utilized in ceremonies depicting the Ramayana.

Bali has infused it’s Hinduism with Buddhist influences, which in turn adopted the islands animistic traditions that existed long before the arrival of the major religions.

According to Anuradha Roy, author of The Lives We Never Lived, a novel depicting Walter Spies time in Bali, it’s why many Indian Hindus appreciate Bali’s aesthetic, non-political Hinduism.

Though it was in the 1930’s that Bali was catapulted onto the International Artistic Stage, and was recognized as a Creative Hub of the World.

International figures and artists of the age have become synonymous with Bali’s Art scene, such as: 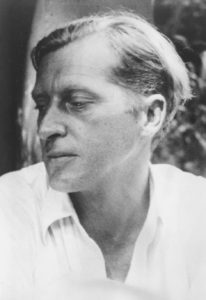 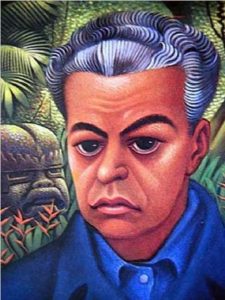 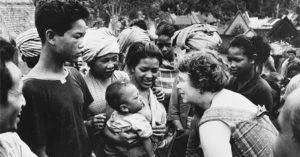 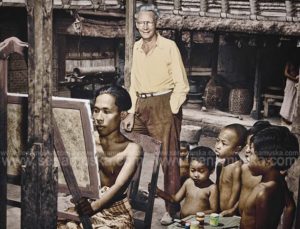 On holiday, breaking it down. 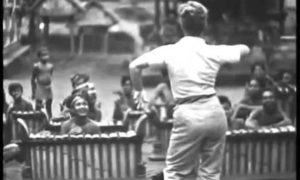 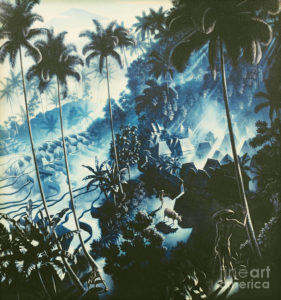 They solidified Bali’s artistic status and trajectory, but it was by no means a one way street.

“An enchanted land of aesthetes at peace with themselves and nature.”

Aestheticism was an art movement of the early 20th Century that saw the virtue of conducting “art for arts sake” – free from socio-political commentary.

Perhaps there was some colonial projection in this thought, but juxtaposed with the Depressed economies of their homelands, 1930’s Bali would have been an aesthetic Eden for their artistic ideals. 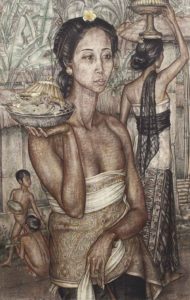 Miguel Covarrubias also described the Bali art scene at the time as:

“… highly developed, although informal Baroque folk art that combines the peasant liveliness with the refinement of classicism of Hinduistic Java, but free of the conservative prejudice and with a new vitality fired by the exuberance of the demonic spirit of the tropical primitive”

It was as if some unspeakable, timeless spirit of creativity drew, assembled and drove this talented collective to harness their innate abilities and produce the best art of their lives. 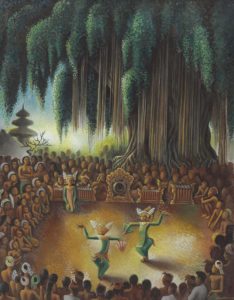 In Bali, inspiration is everywhere, in everything and in every moment.

On this island, Gods, Goddesses and Spirits are present in all things.

Every plant, pebble and grain of sand.

Every piece of woven cloth, every stroke of a paint brush, every strike of the Gamelang – all are possessed and driven by a spiritual entity. 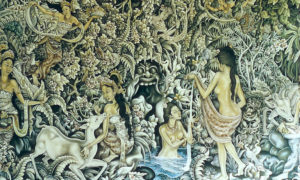 Though we still sense it today, this timeless truth has been somewhat forgotten.

Bali’s magical allure has dimmed since the time of Spies and Mead – drowned out by the metallic clang of construction.

As cement increasingly replaces rice paddies and marine habitats fill with plastic, that mystical magnetism gets duller and duller.

Forgotten, but not gone.

Indeed, the creative forces of Bali are under going a renaissance.

Genesis Creative Center is just one example of this resurgence. There is a  plethora of recently awakened artistic activity across the island.

As if it were driven by the will of the Creative Gods. 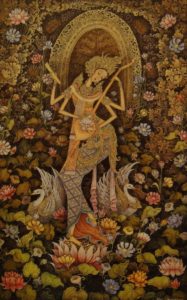 Saraswati – The Hindu Goddess Of Art And Music | Pintrest

And without a moment to loose.

If the world is lacking one thing, it’s imagination.

Our collective ingenuity, shackled and malnourished, has limited itself to a fraction of it’s full potential.

Only by realigning with the creative spirit that exists within all of us can we hope to break free from the self-imposed limits of our imagination. 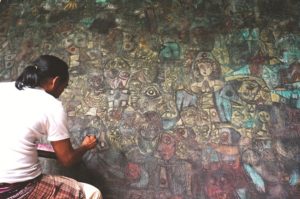 I Made Djirna | NOW! Bali

Heeding, harnessing and helping this force express itself has always been a defining feature of The Island Of The Gods.

It is up to us to stay connected to the Creativity in all of us.

And what better place to do it than one of the World’s Great Creative Hubs.