We all know that the media world today has lost a lot of its reputation. Journalists now strive to be the first to post news online or for their clickbait articles to go viral (the irony of us writing this article is not lost on us by the way). The result unfortunately is wrong facts, poor grammar and spelling errors taking over  news and entertainment websites.

However, we generally retain trust in larger, more established corporations to do their due diligence in research and gaining primary sources of information. You’re likely to trust Kompas.com more than Wowshack.com for example, we get it. So when a magazine like Vogue – who is under the enormous and highly-regarded Condé Nast media company – make an embarrassing blunder it doesn’t simply slip under the radar… 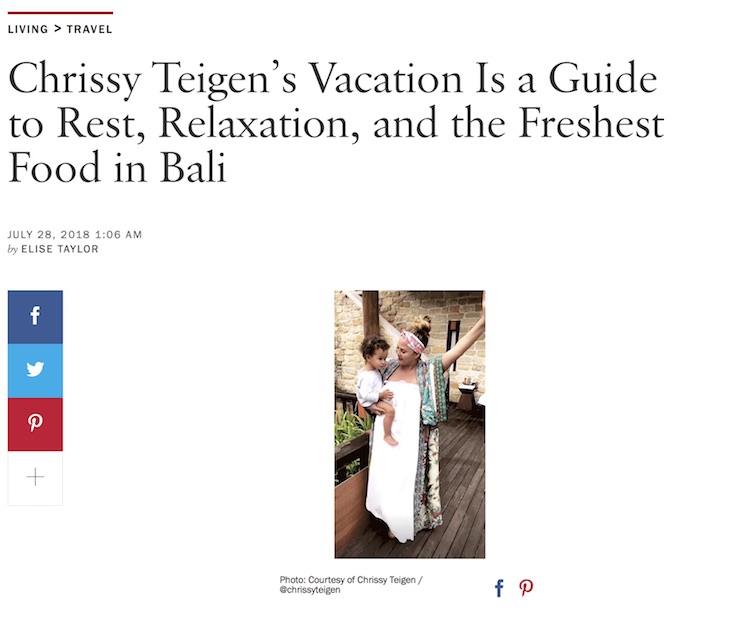 An article was posted on 28 July 2018 by Elise Taylor in Vogue’s online travel section, it is titled “Chrissy Teigen’s Vacation Is a Guide to Rest, Relaxation, and the Freshest Food in Bali“. Chrissy Teigen is an American Model, also wife of singer John Legend. The article was reporting on the latest that the mother of two was up to during her holiday in Bali: what she was eating, reading, tweeting and posting about. The couple once donned Balinese traditional wear for a wedding photoshoot.  The article was all going well until the writer included a screenshot of Teigen’s post of two Balinese ‘canang sari‘ offerings on her balcony, to which the writer commented: “Another item on the menu was a colourful zucchini noodle dish with what looks like a side of burning incense”: 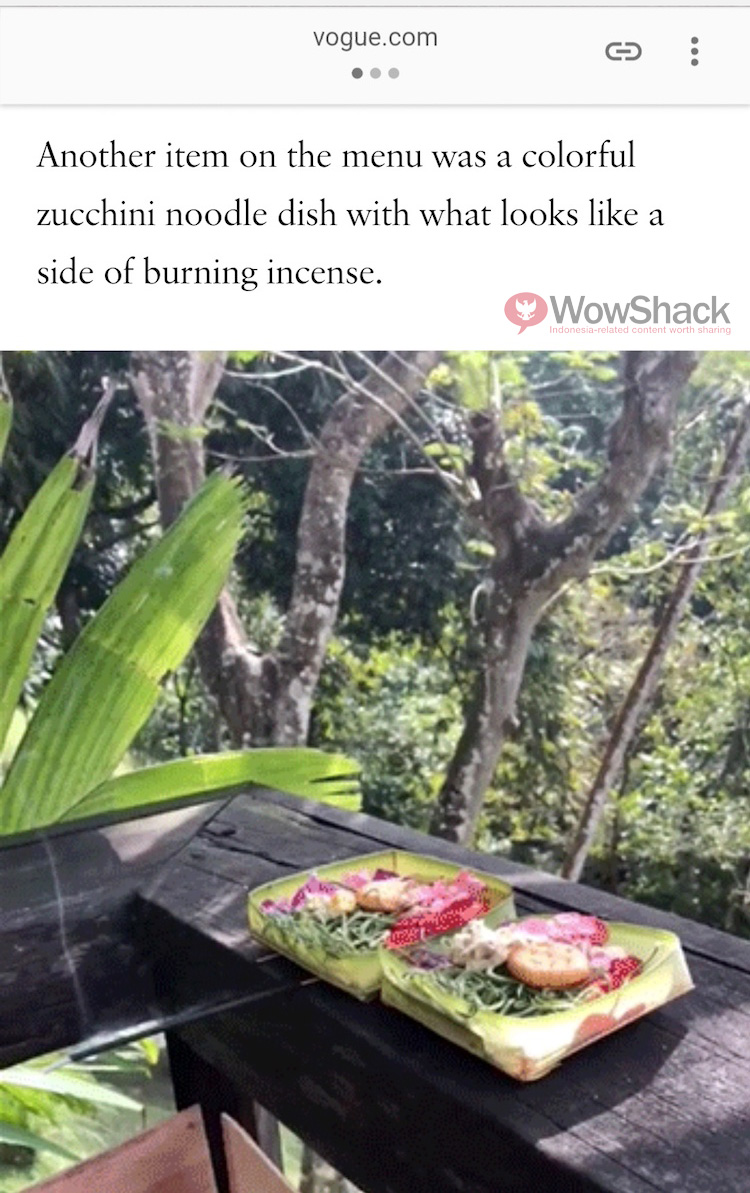 Taken from vogue.com , before being edited

As you can imagine, Indonesian ‘netizens’ were quick to fire! Twitter erupted with face palms, memes and gifs about the writer’s lack of research into what is probably Bali’s most well-known icon the ‘canang sari‘ offering placed all around the island. To confuse an iconic religious offering with some kind of new-age vegan dish is pretty embarrassing… It just goes to show that even the biggest media companies can make mistakes, but this one has to be one of the funnier ones out there! Here are some of the Twitter reactions: 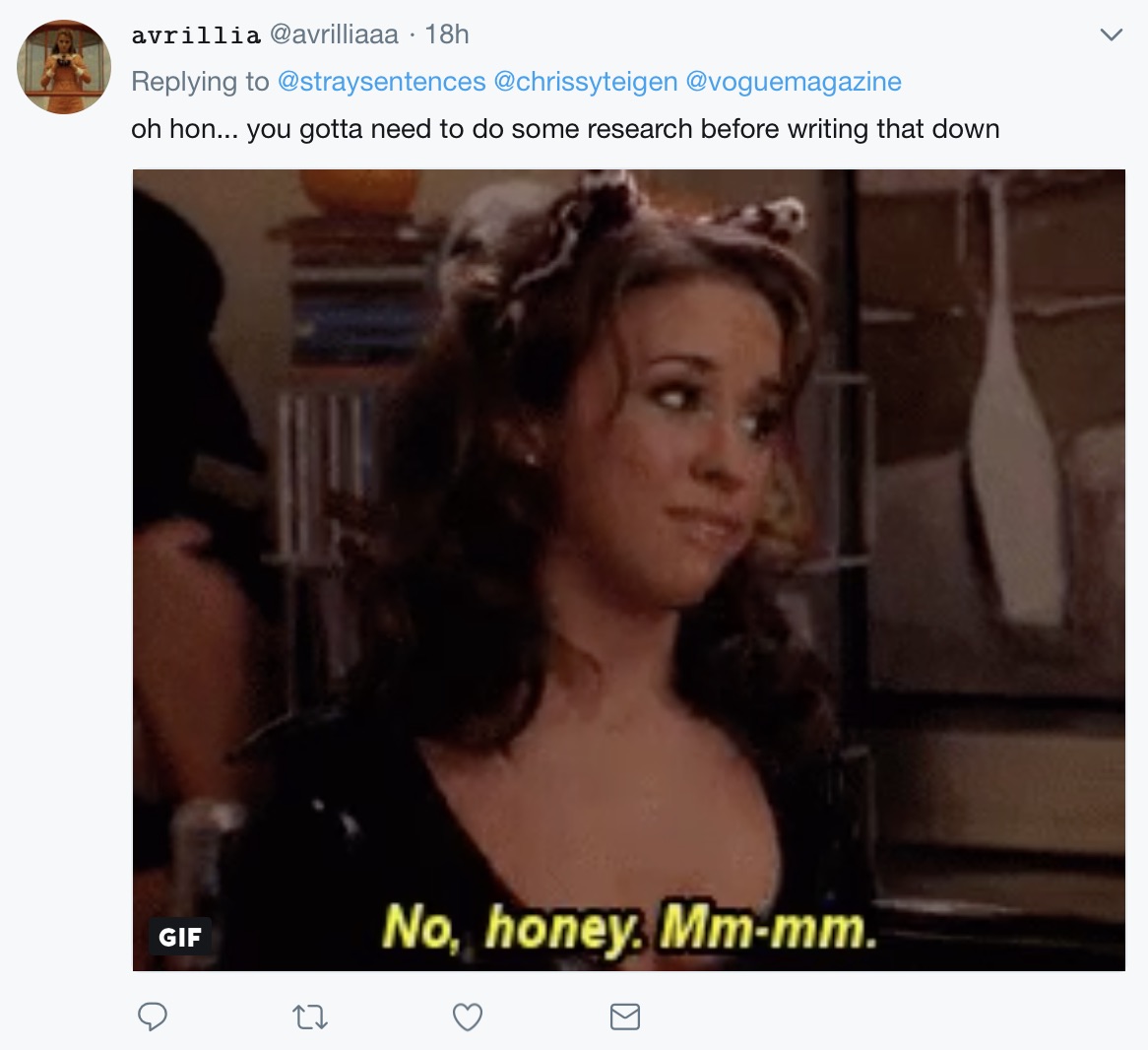 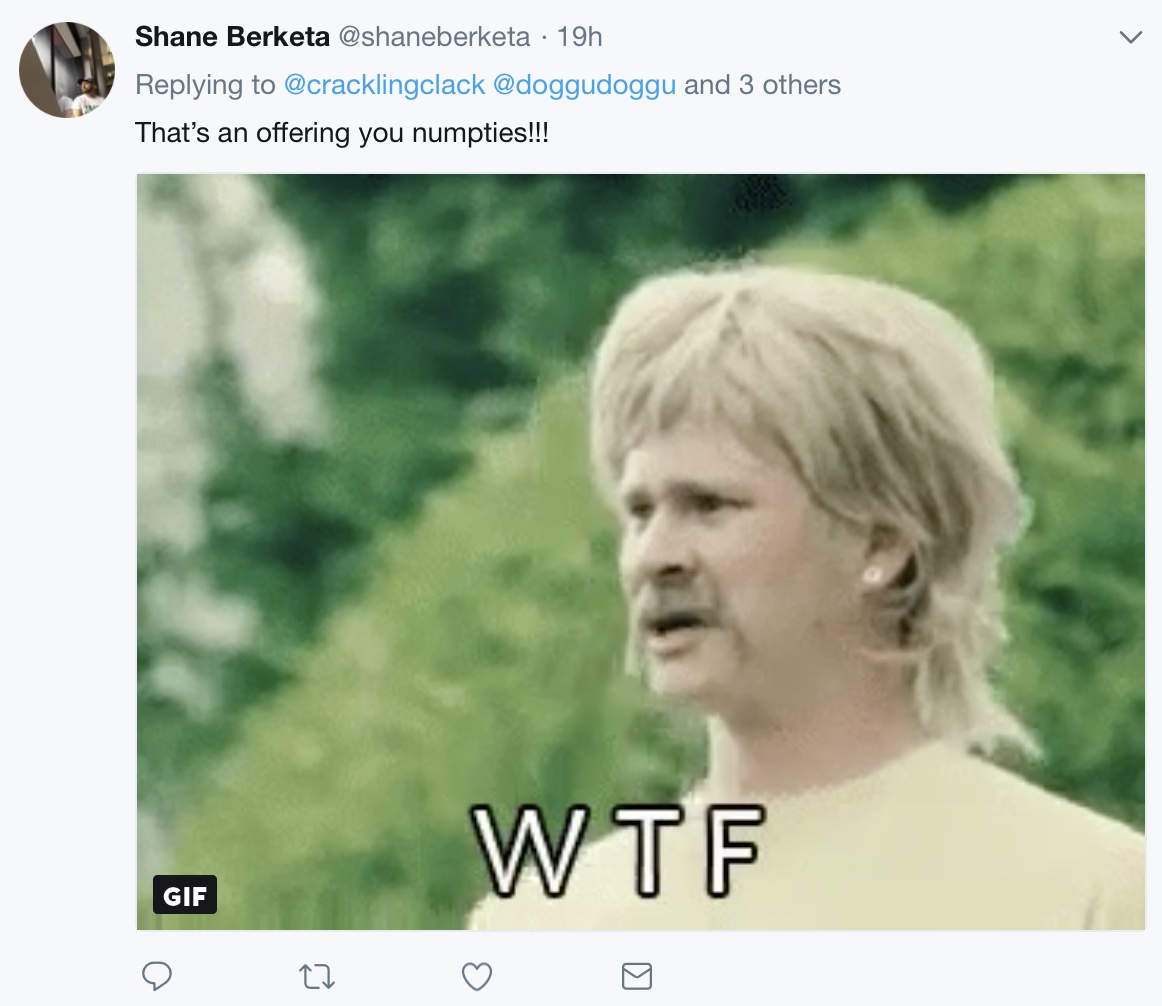 Due to all of the uproar on Vogue’s Twitter feed, the folks at Vogue have since edited the article and have removed both the caption and the Instagram screenshot from Chrissy Teigen’s social media. But, thanks to the magic of the internet, screenshots galore have made this blunder a living memory. Certainly a lesson for the young writer, who we are sure, in the future will write based on research and not just observation.

Huge love to Chrissy Teigen and John Legend however for showing their appreciation for the island of the gods, thanks for visiting and sharing posts on one of Indonesia’s favourite islands; remember there are many more out there to explore!