It’s been a good year for the top Indonesian brands.

Indonesia’s strongest brands are 8% more valuable than in 2016, with a total valuation of USD $71.6 Billion. Unsurprisingly, there is a common theme within the top 10. The banking sector has the highest total value, while cigarette producers account for 5 of the top 10. Interestingly, food and dairy is the fastest growing sector within the country.

Not only is the future of business in Indonesia good, the present isn’t bad either… 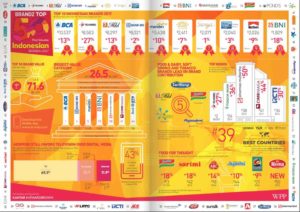 10 Most Valuable Brands In Indonesia In 2017 |  Brand Value In Billion U.S. Dollars 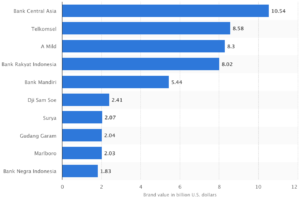 Most valuable Indonesian brand 3 years in a row

Serviced 46% of total mobile customers of Indonesia by 2015

Of all Philip Morris brands, it is the cigarette with the 4th largest global sales. 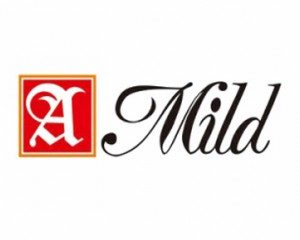 30 million customers in Indonesia with over 4,000 branches

Over 1700 branches across Indonesia

Was the original mass produced clove cigarette from Surabaya

With 39mg of Tar and 2.4mg Nicotine, it is considered Indonesia’s “Premium Kretek” 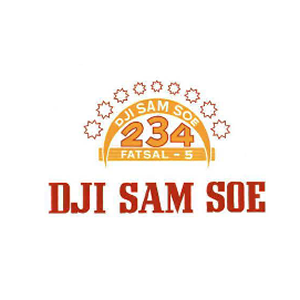 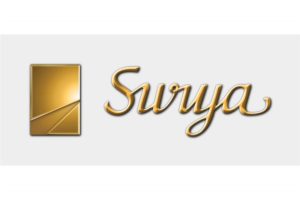 One of Indonesia’s largest employers

First sold in 1924 in Indonesia

Most popular Western Cigarette in Indonesia 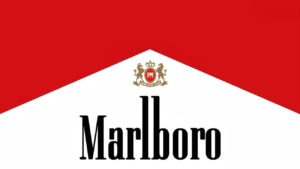 Over 1,000 branches in Indonesia