“View of the island and the town of Batavia belonging to the Dutch, for the Company of the Indies”. 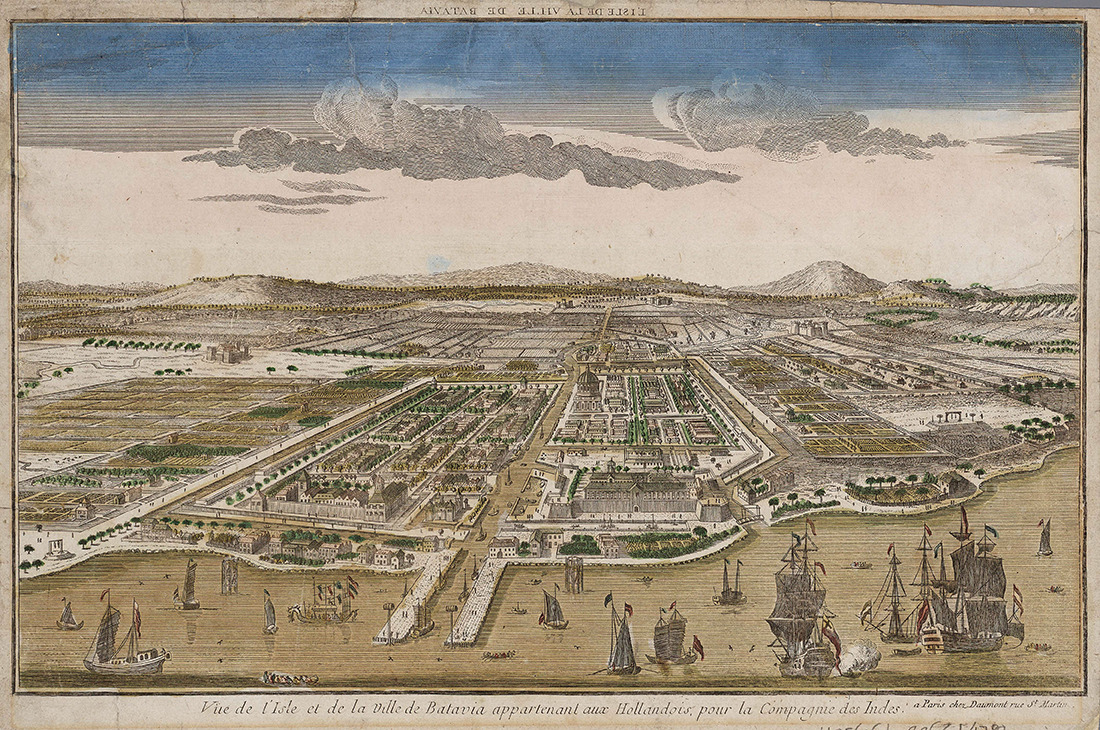 Translated from French to English:

This hand-colored engraving of the Dutch colonial capital of Batavia (now Jakarta) was created by Jan Van Ryne in 1754. Van Ryne was born in the Netherlands, but spent most of his working life in London, Specializing in the production of engravings of scenes from the British and Dutch colonies. Located at the mouth of the Ciliwung River, Jakarta was the site of a colony and a port whose origin goes back perhaps until the fifth century AD. In 1619, the Dutch took and destroyed the existing city Of Jayakerta (meaning “glorious fortress” in Sundanese) and built the fortified town of Batavia, which became the capital of the Dutch East Indies. The engraving comes from the collections of KITLV / The Royal Dutch Institute for Southeast Asian and Caribbean Studies in Leiden.