Gili Trawangan, the paradise escape just off the coast of Lombok, plays host to many island travellers searching for their taste of paradise!

Although most of the time the backpacker-code keeps life fun and carefree, some tourists just don’t know how to behave. In this article, we find out about this man’s ULTIMATE walk of shame, delivered in true Indonesian style. 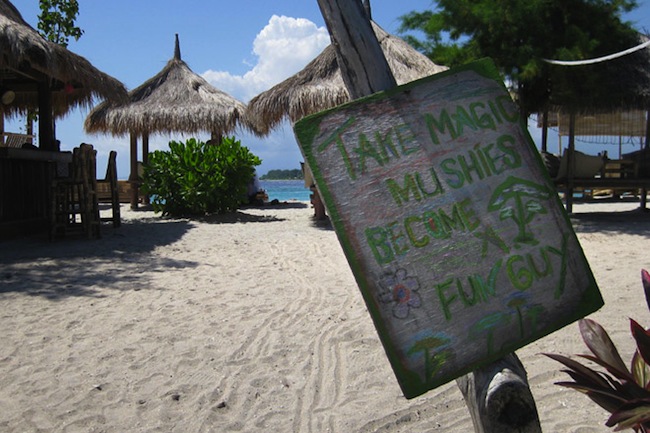 But not this guy… What happened was an innocent holiday-goer had lost their bag and reported it to some local authorities (no police force on Gili!), who then checked the CCTV of where they suspect the bag might have been stolen. Lo and behold, the culprit was revealed; another tourist caught on tape!

If you’re in Jakarta, say goodbye to your bag and the thief. But on little Gili, there’s no escape. The locals tracked the man down and decided to punish him in the best and most Indonesian way possible. Indonesians hate losing face. Out of this came an effective punishment for thieves “Diarak Keliling Kampung”, or Paraded Around the Village, so that everyone may know your dirty deeds – the ultimate embarrassment. 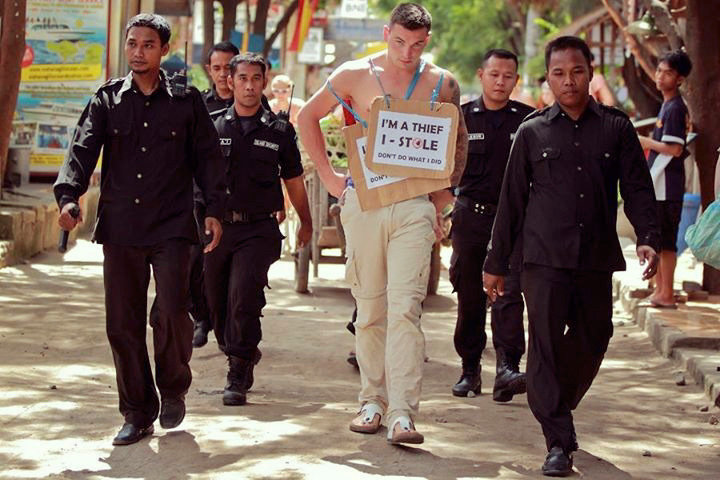 So this foreign criminal was treated the same way any local thief would’ve been. He was sentenced to ‘Diarak Keliling Pulau’ and was paraded around the island with a sign around his neck, the ultimate walk of shame!