Connect with us
Photo: choppedcity

Formed in 1967 and at the time incorporating Indonesia, Malaysia, the Philippines, Singapore and Thailand, the body has since added Brunei, Cambodia, Laos, Myanmar and Vietnam to now boast 10 member states.

The absence of language issues on the agenda was – for some of us – slightly curious.

ASEAN, with 630 million people within its geographic footprint, is characterised by diversity. Its charter seeks to promote an ASEAN identity by fostering greater awareness of the region, its 14 principles including “respect for the different cultures, languages and religions of the peoples in ASEAN, while emphasising their common values in the spirit of unity in diversity”.

Although the languages of each country may seem diverse at first glance, the below infographic sheds light on how much they are actually interrelated. 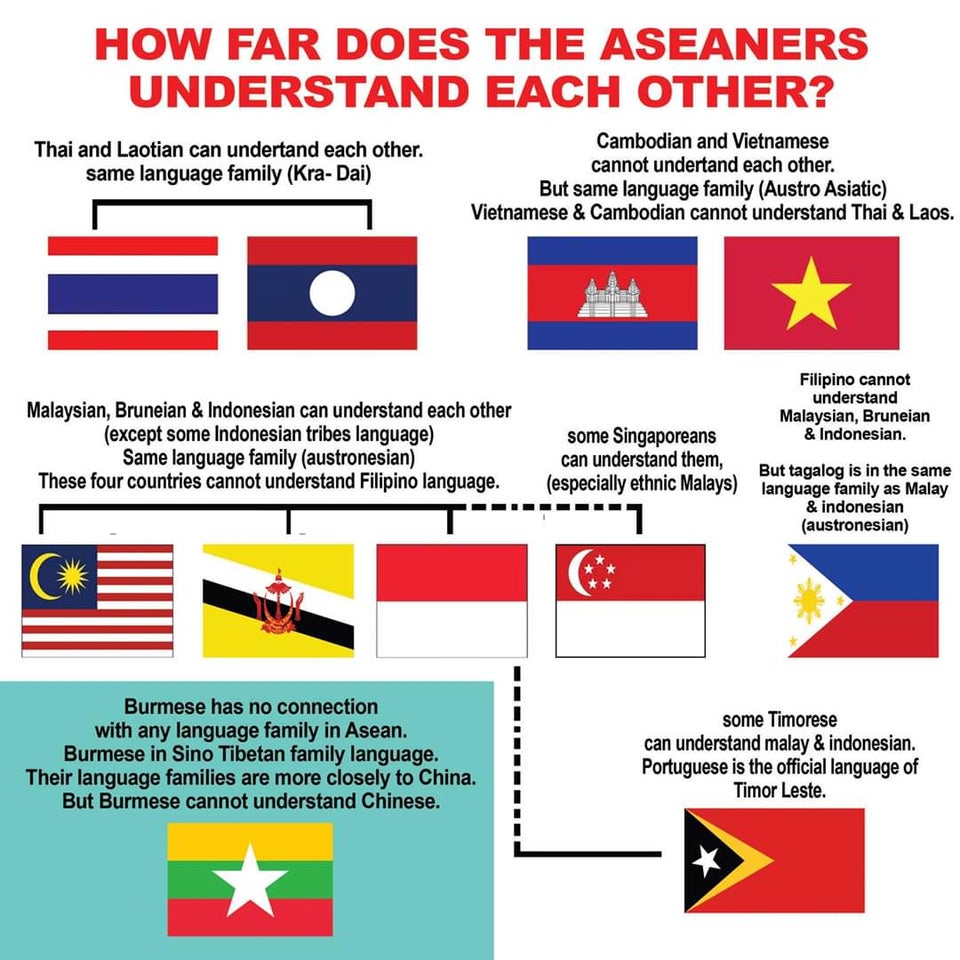