Connect with us
Photo: Andhika Prasetia/detikcom

Muhadjir Effendy has suggested Indonesia’s rich citizens should marry those from low-income families, arguing that doing so can contribute to reducing the national poverty rate.

Muhadjir, the Coordinating Human Development and Culture Minister, said that in Indonesia, religious teachings on “looking for an equivalent match” for marriage had been often misinterpreted.

“What happened if poor people are looking for other poor people [for marriage]? There will be more poor households. This is a problem in Indonesia,” Muhadjir said in his opening speech at the National Health Work Meeting in Jakarta on Wednesday, according to The Jakarta Post.

He said that according to government data, the number of poor households in the archipelago was approximately 5 million.

“The number of Indonesian households is 57.1 million, 9.4 percent or 5 million of which are categorized as poor. If added to the near-poor households, it is about 16.8 percent or about 15 million households,” Muhadjir, the former education and culture minister, said as quoted by tempo.co. 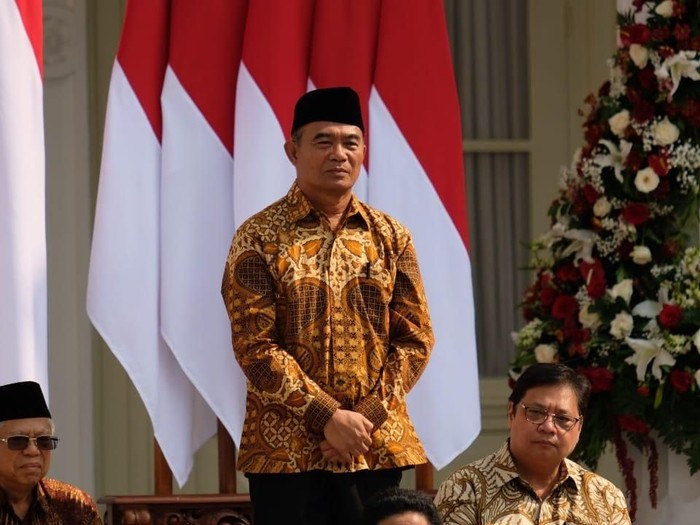 Muhadjir suggested Religious Affairs Minister, Fachrul Razi, issue a fatwa ordering that “the poor are required to look for the rich [for marriage] and the rich should look for the poor”.

In Indonesia, however, issuing a fatwa is not the duty of a religious affairs minister as a fatwa is normally issued by Muslim organizations, including the Indonesian Ulema Council (MUI), after comprehensive studies by the Fatwa Commission or religious experts who have competence in the relevant areas.

In addition to the fatwa, Muhadjir also proposed a premarital certification program, under which couples who were not yet economically stable but sought to get married must receive a pre-employment card from a program launched by President Joko “Jokowi” Widodo.

Muhadjir said that such a premarital program, which he claimed had been implemented by several countries such as Korea, Malaysia and Singapore, would push down the rate of new poor families in Indonesia.

“The goal is that after marriage, the couples will form economically stable households,” said Muhadjir.

The World Bank has recently reported that approximately 115 million Indonesians, 45 percent of the country’s population, have yet to achieve economic security and the lifestyle of the middle class.

However, it also mentioned that Indonesia had made progress reducing poverty over the past 15 years, pushing it down to less than 10 percent, and the middle class had grown from 7 percent to 20 percent of the population during the period.

Jokowi said in his inaugural speech in October last year that he had a vision to transform the country into a developed country with a gross domestic product among the top five in the world and a near-zero percent poverty rate.

Although the gap between rich and poor is still relatively very wide, Indonesia has made impressive progress in alleviating extreme poverty, illustrated by the below statistic from The Spectator Index and World Bank: 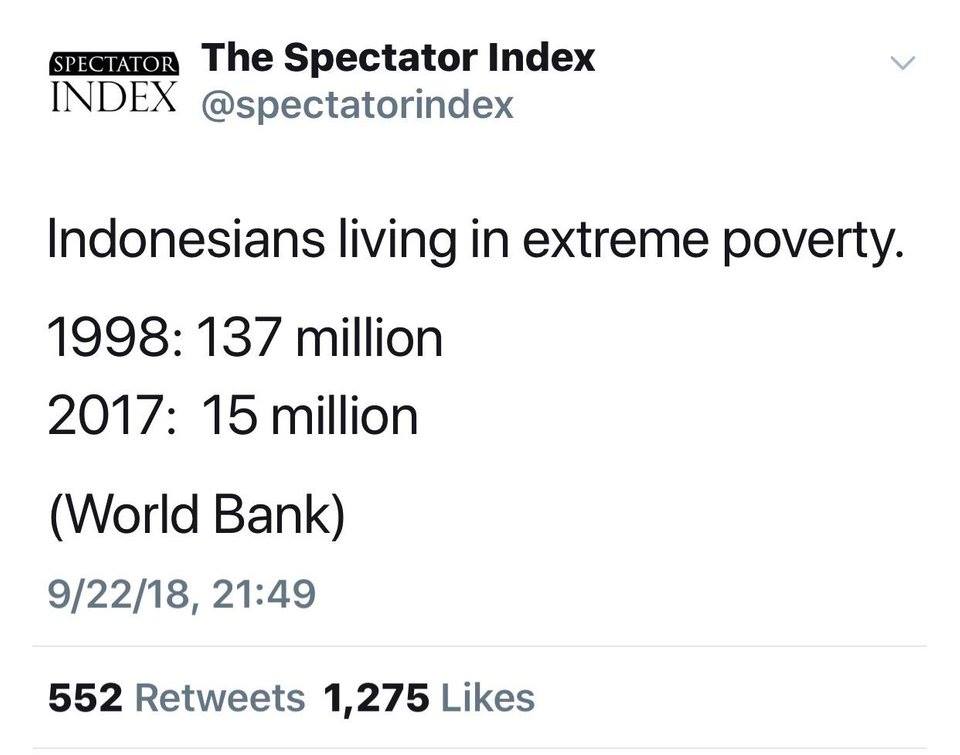