The Indonesian Action-Thriller The Night Comes For Us is soon to be released by Netflix on October 19th.

It will be the first Indonesian film to be released on Netflix.

The film is set in the streets of Jakarta and follows former Triad member Ito (Joe Taslim, star of The Raid and Fast And Furious 6) in his efforts to protect a young girl whilst trying to escape his former gang members.

Written and directed by Timo Tjahjanto, director of Headshot and Killers, the film is a gritty take on the unforgiving streets of Indonesia’s Capital. 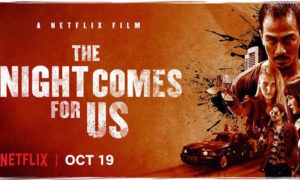 For many, it appeared that it would never hit the silver screen.

Pre-production of the film was halted in late 2014. Director Tjahjanto turned the screenplay into a graphic novel instead. 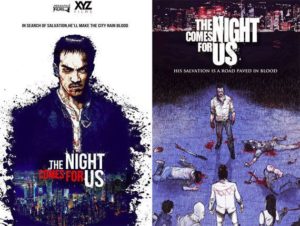 However, with a cast and crew littered with Indonesian talent, the film is finally being released to a worldwide audience through Netflix.

Whether the film can reach acclaim in the West is yet to be seen, but we have high hopes.

From the glimpses seen in the trailer, expect to see fast-paced action and plenty of martial arts.

As well as the tension that accompanies any thriller, fans could also expect some darker themes. It is fair to say that recently the released trailer, coupled with the Netflix acquisition, has us whetting our lips at this gangster styled epic.

Tjahanto has also hinted on his social media page that the film could be turned into a trilogy if successful. This might not be our only chance to see the darker side of the Jakarta streets in film form. 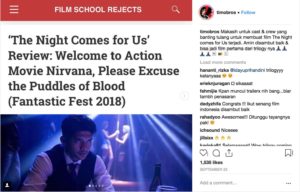 The Night Comes For Us is not only a breakthrough for the cast and crew’s 4-year struggle to realize a final film product, it represents a rising global recognition of Indonesian cinema.

Get excited and watch the trailer for the first Indonesian film ever to be released on Netflix.