Indonesia is home to some of the fastest runners in Southeast Asia.

You may have heard of Lalu Zohri, the fastest man in Southeast Asia.

The sprinter broke personal, national and Southeast Asian records while finishing third in the 100-meter sprint at the Seiko Golden Osaka Grand Prix in May, also earning himself a place in the 2020 Summer Olympics in Tokyo.

Zohri ran the Grand Prix final in a time of 10.03 seconds, benefiting from a tailwind of 1.7 meters per second at Osaka’s Yanmar Stadium.

The 18-year-old showed he was up to the challenge of the world stage, running neck-and-neck behind American sprinter Justin Gatlin, 37, the reigning world champion and an Olympic gold medalist, who won the Grand Prix’s gold with a time of 10.00 seconds.

But who else rounds out the list of the 10 fastest runners in Southeast Asia? 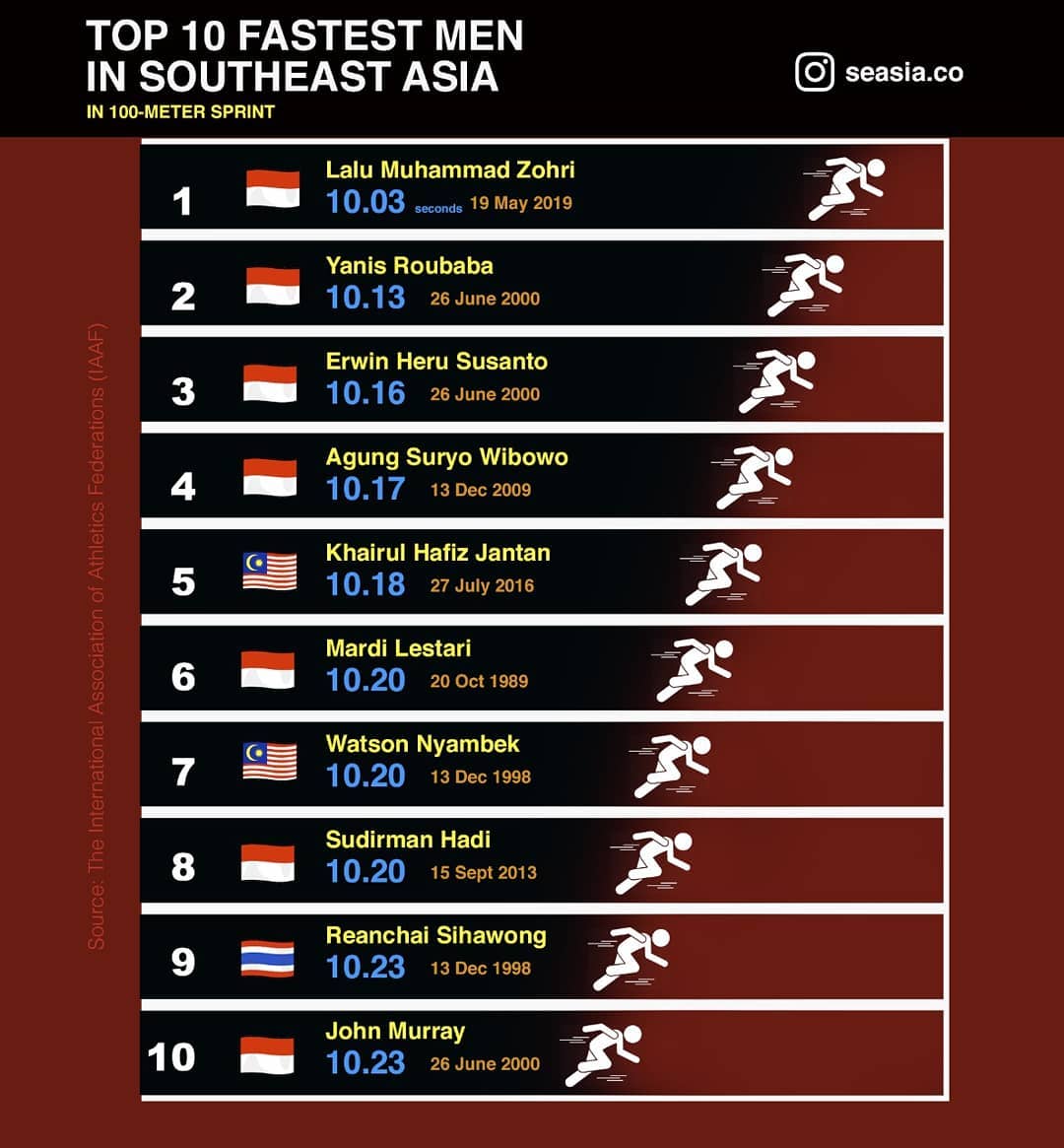 Chris Hemsworth Shows off Bahasa Indonesia Skills During Press Tour in Bali
Indonesian Truck Art: 21 Pictures That Show Everyone Can Be An Artist