35 years ago, Jakarta was building up at a rapid pace. 1985 saw the opening of the city’s International Airport, a culmination of a major infrastructure push that included roads and bridges for cars, but very little thought to building public transport.

Jakarta’s public transport largely consisted of a few colonial-era commuter trains, with most people traveling by informal buses, cycling, and walking in a rapidly-changing city more and more dominated by cars. Today, the streets of Jakarta are packed with motorcycles and private cars, and paralyzing traffic has all but ground the city to a halt. Fortunately, the city has been making progress toward a more equitable system in the last decades.

The two photos below, uploaded to the subreddit r/drasticchange, demonstrate just how much change the city has seen over the past few decades. 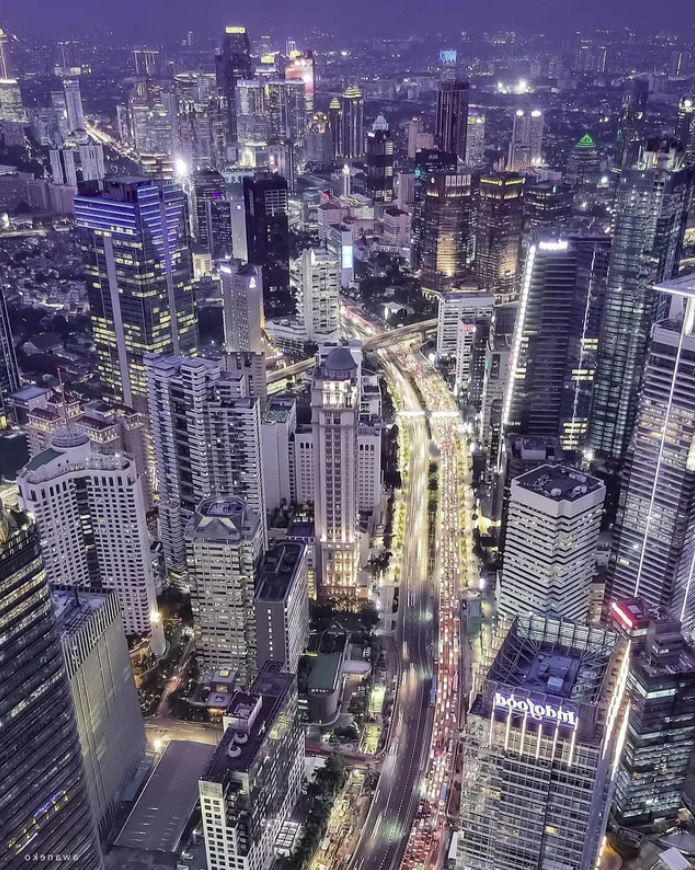 Honda Motorbike Advertisement From 1974 With Motorbikes From Rp 20,000
Rare Video Of A Live Gamelan Performance In Bali In 1985