2020 has been full of rubbish… literally.

With the planet suffering from a global recession, a pandemic and a general descent into bedlam, it’s not surprising that issues surrounding our environment have been put on the back-burner.

The human race has, in all the panic about the “C-19” word, lost the ability to care about a more visible and environmental epidemic.

Indonesia’s out of control plastic management resembles its approach to TikTok: throwing garbage into the world and hoping that someone else will acknowledge it. 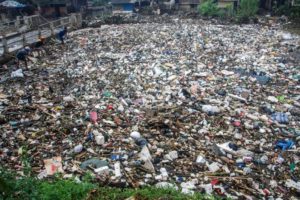 Since 10 truck-loads of waste are dumped into Indonesian waterways every 20 minutes, it is unsurprising that we hold the title for “most polluted river in the world”.

And then, on 1st July, completely against the tide of the public’s immediate concern, the Government nobly and officially declared that plastic bags were banned within all traditional markets, modern supermarkets and retailers in Jakarta, with the appropriately sexy policy name “Gubernational Regulation No. 142/2019”.

Jakarta has already seen an ecological success from this regulation’s predecessor, the Rp.200 plastic bag charge, which saw a 55% decrease in plastic bag usage back in 2016.

An amazing feat and a first small step in Indonesia taking its place as a leader in environmental consciousness.

Oh, it was taken away three months later due to protests from retailers and plastic bag producers? Right, okay never mind then. 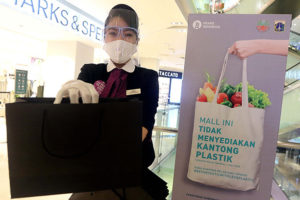 Although the attempted ease into a plastic-bag free economy does sound good on (recycled) paper, general consumers have not come to terms with this change of lifestyle, or even realised there was a regulation put in place.

During the first week of the ban, some shopkeepers were greeted with disgruntled customers demanding plastic bags.

Smaller vendors who are unable to afford the costs of providing reusable bags to shoppers have reportedly been forced to give customers plastic bags.

Although there have been threats of fines from the government for sellers who disobey the almighty plastic bag ban, the enforcement rate seems non-existent.

The government have shown little support to sellers who are unable to afford the cost of providing plastic bags for customers; like expecting pigs to fly without genetically engineering wings. 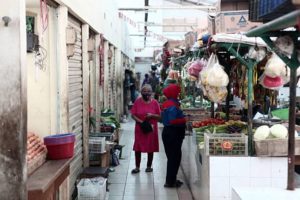 The lack of support is not the only thing at fault for the fruitlessness of the ban, but also due to the stubborn and reluctant mindset cemented over decades.

The convenient nature of having a plastic bag handed over to you with your freshly bought counterfeit Balenciaga’s is the impetus for why plastic bags are ingrained in our societal structure.

Even if there is the option of a reusable bag, the ‘throw-away and forget’ attitude tied to the plastic bag is tough to lose. 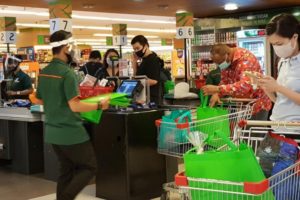 Although not planned, the timing of the ban during a global pandemic is impeccable… if the goal was to see no change.

A plastic bag ban’s fundamental flaw in reducing plastic pollution lies in the discrete fine print with an asterisk at the bottom:

At the very beginning of the stay-at-home policy, Jakarta experienced a staggering 40% drop in plastic waste from the shutdown of businesses but domestic waste within households skyrocketed.

Online shopping websites including Tokopedia and Shopee are estimated to have increased basic necessity deliveries by 400% since the beginning of quarantine, increasing plastic bag, containers and bubble wrap usage fourfold. 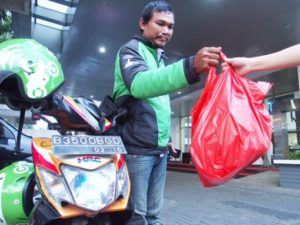 Since such a large proportion of plastic bag waste during the seemingly endless coronavirus era stems from the delivery of goods, the ban is therefore not attacking the current crux of the plastic problem.

Plastic will be the death of Indonesia – a product that we continually underestimate its power for planet-wide destruction.

The bane of our existence.

The culprit of our demise.

The proof of our love for convenience over nature.

This ban would have catapulted Indonesia on the path towards clean oceans and rivers but the timing has thrown us the wrong way. The rightful worry of coronavirus has even got the most environmentally savvy minds ordering steak to their homes.

The wild thing is, during a viral pandemic, using a reusable bag is the safer option.

Not only can you guarantee where that bag has been, Covid-19 stays alive on plastic for up to 7 days.

As we inch towards returning to our old ways in the “new normal”, we need to do our part in protecting the environment.

Otherwise, we will see Jakarta devolve into nothing more than a plastic dystopia, asphyxiated on the historical moment it failed to seize.

Plastic bags will be abundant, but nature won’t be.