That’s why the Governments intention to slap a 57% tax on Vape Liquid is worth putting into context of tobacco consumption in Indonesia and it’s resulting health effects:

Young Indonesian Boys Are 41% More Likely To Smoke On Average Than Boys In Middle-Income Countries.

Indonesia Is The Only Country In Southeast Asia That Has Not Signed The World Health Organization Framework Convention On Tobacco Control. 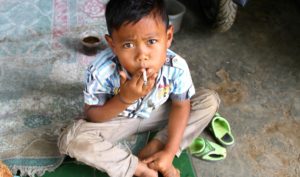 Despite being acutely aware of the dangers of smoking, Indonesian’s will happily puff the day away at Warungs and Fancy Coffee Shops.

But why tax Vaping, rather than the proven killer of traditional cigarettes?

According to the most recent available data by the National Center for Biotechnology Information (NCBI):

10.9% Of The Indonesian Population Is Aware Of E-Cigarettes

2.5% Of These Individuals Use E-Cigarettes.

In Indonesia’s major cities, you can see this trend everywhere. You may even have a righteous friend who insists on blowing their bubblegum flavoured vapour in your face, claiming how great it is to finally be free of those “death sticks”. As painful as it may be, that Sombong “Vaper” mate may be right.

As this BBC news segment shows, it’s the chemicals in Vape liquid that makes vaping either a healthy-alternative or potentially harmful.

So effective is the lobbying power of tobacco companies against all obstacles to maximizing profit, that there still remains huge scepticism and misinformation when it comes to e-cigarettes.

But it is true – unless vape liquid has Government safety regulation and controls over the chemicals that go into it, there remains the potential for serious health defects. Surely half the pleasure of Vaping is blowing those guilt-free smoke rings? 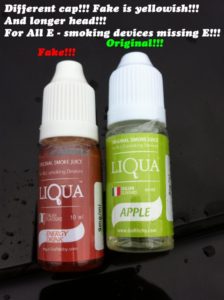 A 57% tax on liquids is far better than the complete ban that has been proposed over the last few years. And for the vast majority of “Vapers”, the price increase won’t be too big of a deal.

After purchasing the coil, batteries and mechanism, the whole thing can cost between IDR 1-3 million; with some models costing far more.

Imports generally come from the US or Malaysia.

Malaysia – where vaping is far more prevalent with over 1 million “Vapers” – dominates the SEA e-cigarette market. They can still price their exported products at roughly the same price as Indonesian liquids.

When this 57% tax comes in, the liquid cost will roughly increase from IDR 150,000 to IDR 235,000. As a trend generally occupied by the upper-income bracket, the e-liquid tax will be a mildly annoying rather than a habit stopping increase. 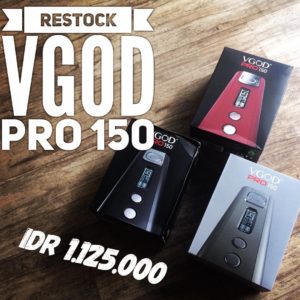 Indeed, it will only further price out the most Indonesian smokers from a healthier alternative. Though even current costs are too expensive for the vast majority of the Indonesian population. When a vape is equivalent to the monthly minimum wage – a IDR 20,000 pack of Sampoerna wins out every time.

On the bright side, an extra 57% tax on vape liquid is effectively a tax on richer Indonesian smokers. This could, in theory, be used to make the Vaping industry even safer and could help fund support for Indonesian smokers who can only afford Kretek.

Indonesian’s love nicotine. But can it be had without the negative health defects? Time will tell… 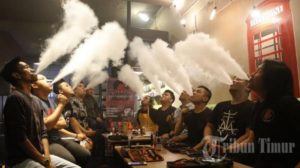