Connect with us
Photo: DailyMail

The West Java broadcasting commission ruled that a specific list of foreign songs can only be played on the airwaves between 10pm and 3am, citing morality concerns.

A list of 85 songs, including 17 western songs, has been singled out by the West Java broadcasting commission for containing what was deemed to be “adult and offensive content”.

Ed Sheeran’s “Shape of You”
Ariana Grande’s “Love Me Harder”
Bruno Mars’s “That’s What I Like”. 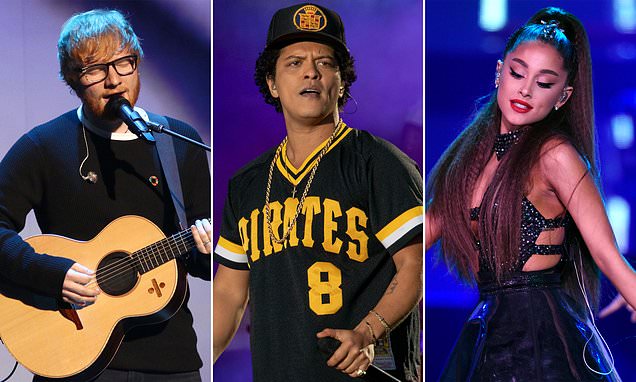 A memorandum issued on Tuesday, 26 February warned that the listed songs should only be played or broadcast between 10pm and 3am.

“In this case, what is banned is not the songs, but the lyrics of the songs that contain pornography, pornographic association, and obscenity,” Rahmat Arifin, deputy head of the commission, told Tempo.co.

Bruno Mars responded to the news with the following tweets:

Dear Indonesia, I gave u the wholesome hits “Nothin On You,” “Just The Way You Are,” & “Treasure.” Don’t lump me in with that sexual deviant

“I’m in love with the shape of you?” Really @edsheeran ? You monster! & don’t even get me started on “Thinking Out Loud.” Have u no shame?

The commission added that the list was more of a guideline than a regulation, although it warned it could sanction radio and television stations for contravening it.

It comes after a controversial draft bill last month, which sought to outlaw “negative foreign influences” as well as blasphemous or pornographic content, punishable by imprisonment or a fine.