The term ‘stinking’ rich just got another meaning: a variety of Durian known as the ‘J-Queen’ has just gone on sale that costs a whopping Rp.14 million. 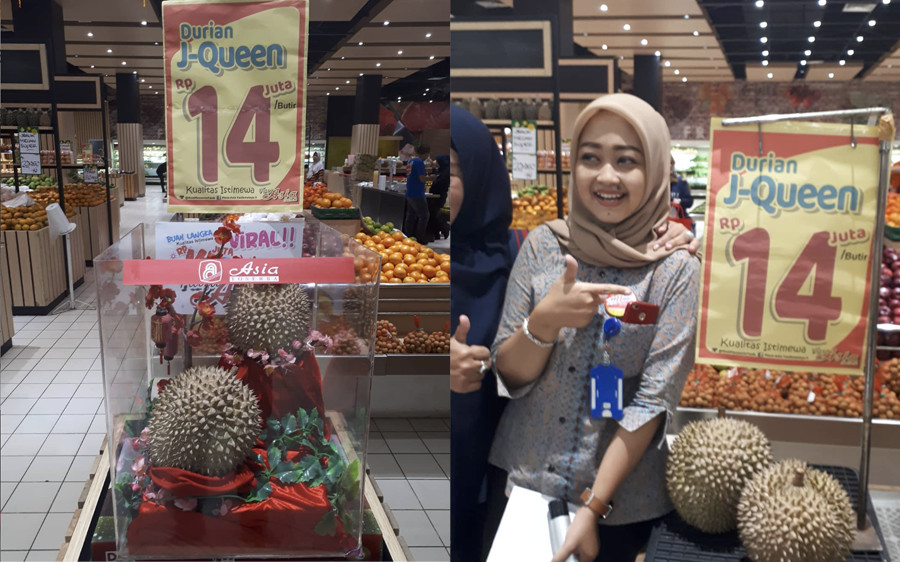 A sale that you’d might expect in a bigger, affluent city like Jakarta or Surabaya, in fact this obscure durian was on sale in the ‘Plaza Asia’ Mall in the small town of Tasikmalaya, West Java.

As always, Instagram got first whiff of this almost unbelievable news when the mall displayed its first two (out of four) ’J-Queen’ durians on 26 January 2019, showcased in decorated plastic box to show how ‘premium’ these durians really were.

Both were reportedly sold by the end of the day.

This rare variety of durian is bred by 32-year old man called Aka, who says he owns durian gardens in “Kendal, Pekalongan, Banyumas, Pangandaran, and Gunung Tanjung, Manonjaya, Tasikmalaya”, according to an interview with Tribunnews. 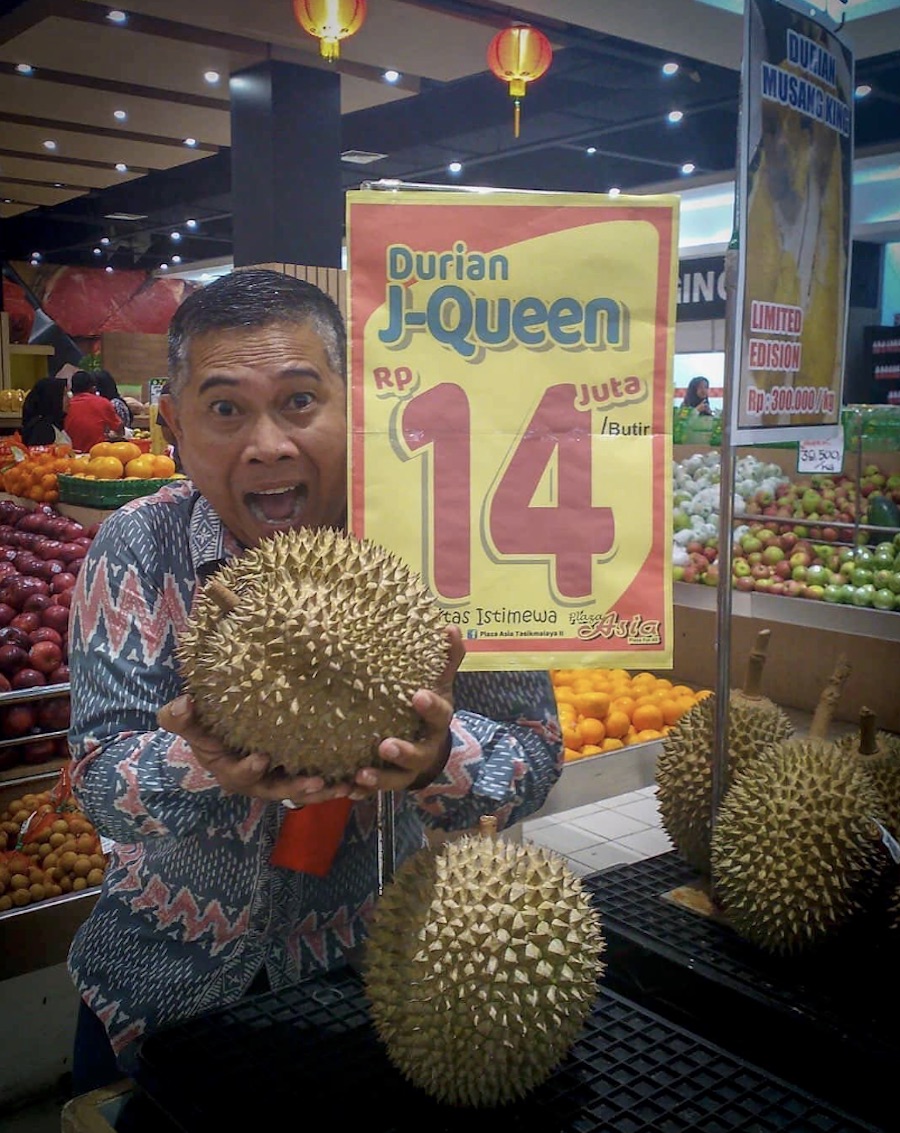 Aka said he created this new variety by crossbeeding superior durian breeds from around Indonesia, which give it its “nutty” and “buttery” flavour, perfect roundness and golden shade. On top of that, these durian are rumoured to be 95% seedless! It is said to win many durian competitions too…

But what makes it so damn expensive?!

As always, it is the rarity of the durian. The tree of the ‘J-Queen’ durian is said to only bear fruit once every three years and only bears fruit to around 20 durians each harvest; compound that with the fact only one J-Queen durian tree exists and you have yourself a low supply and seemingly a pretty high demand! Simple economics. 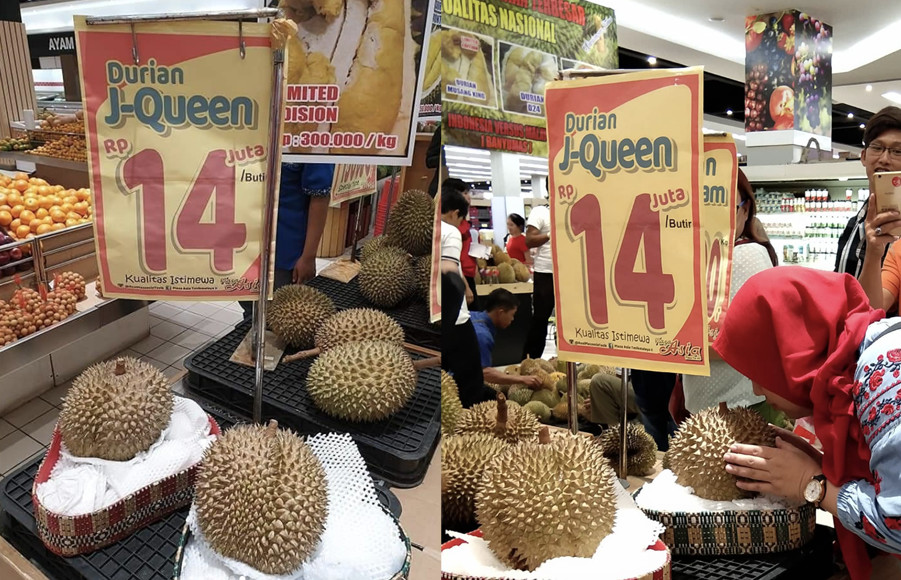 But Aka says that his mission with the J-Queen is to help local farmers by creating superior, luxurious items that can be sold at a high price. Thus increasing massively increasing their margins.

However, the farmers themselves have never heard of such a durian variety, so it all a fantastic marketing ploy? Who knows, the point is Aka is selling and people are buying!