Connect with us
Photo: Yanko Tsvetkov

In Indonesia, we’re all guilty of stereotyping – and being stereotyped by people from other countries and cultures.

We’re all guilty as charged, and that’s why we can laugh at the vast generalizations we all harbour towards people that are slightly different to us.

Visual artist Yanko Tsvetkov‘s parody, the Atlas of Prejudice series has been a smashing success because it so cunningly points out our simple-minded generalizations.

The series started out in 2009 when Tsvetkov published ‘Mapping Stereotypes’. The project soon became a viral online sensation and was gradually expanded to contain more than 100 stereotype maps.

The beauty of the Atlas of Prejudice comes from its ability to satisfy people’s twin fascinations with maps and putting people into boxes, and all the while poking fun at both.

Below is Asia according to Indonesia 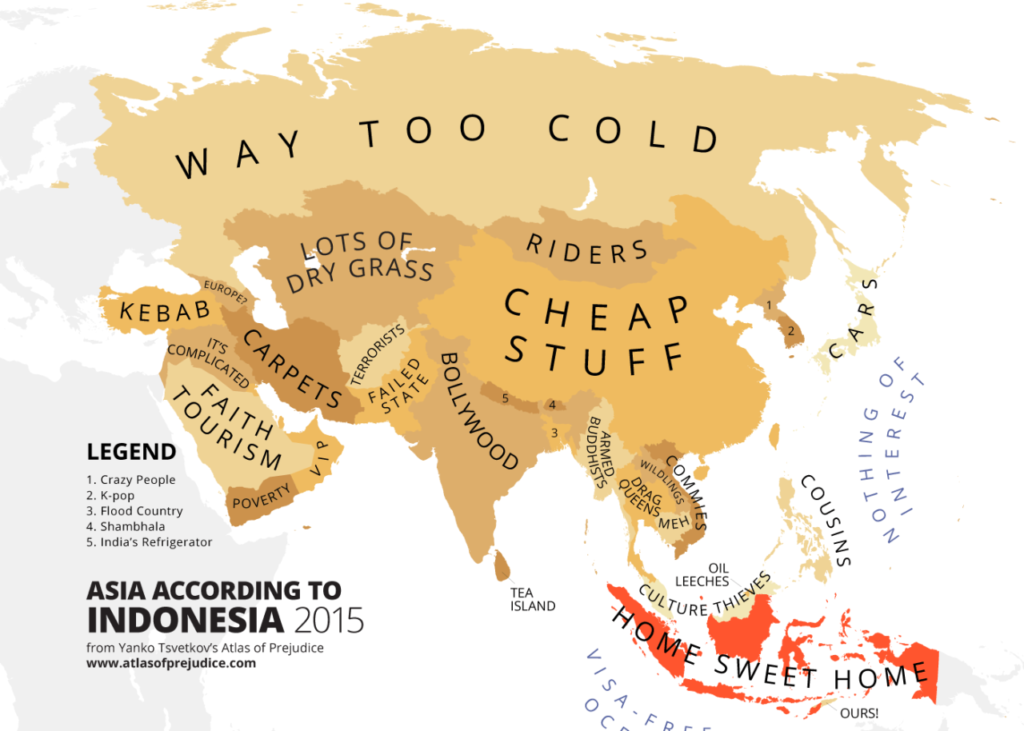 The full 2017 version of the book is available here.

Quiz – Which Indonesian President Are You?
Films That Mention The Word “Indonesia” – A YouTube Compilation