Connect with us
Photo: Kevin McElvaney

Even if you haven’t visited Kawah Ijen before, you may have seen photos of its famous “blue fire”. The spectacular blue fire is ignited the sulphuric gas, which emerges from cracks at temperatures of up to 600 degrees Celsius.

However, what you may not have seen in photos are the men who put their lives at risk every day by mining toxic sulphur from inside the Kawah Ijen crater…

Their day begins with a two-hour hike to reach the rim of the crater, with an elevation of around 2,800m. 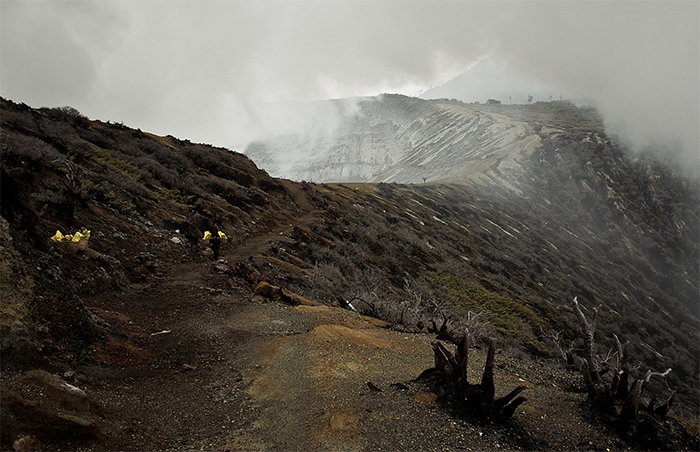 The men then make the steep descent into the crater, home to the largest highly acidic crater lake in the world.

They fill their baskets with hardened yellow sulphur. 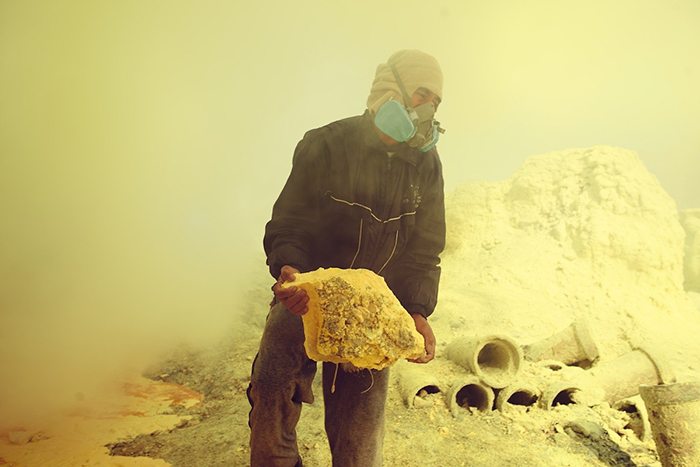 The miners usually collect between 70 and 90 kilograms. 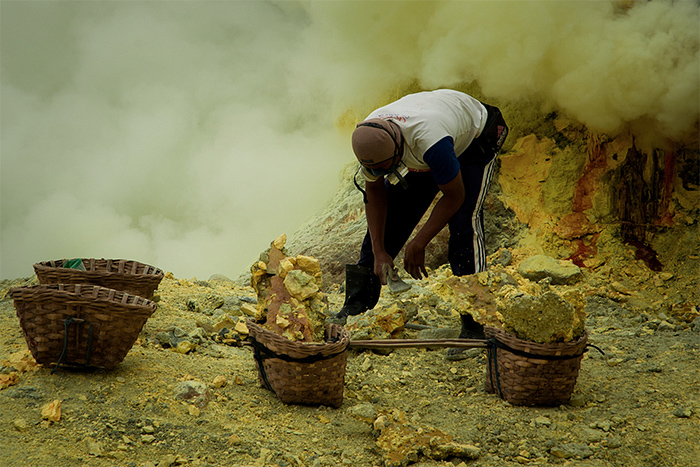 The sulphur, which is deep red in colour when molten, pours slowly from the ends of pipes and pools on the ground, turning bright yellow as it cools. 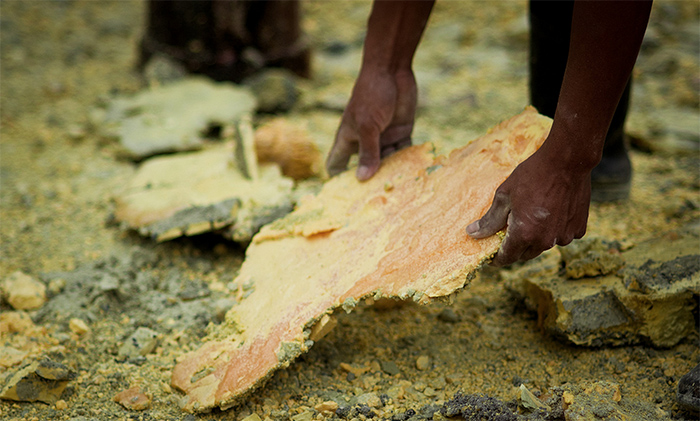 It’s no surprise that the workers can’t afford proper equipment and protection. 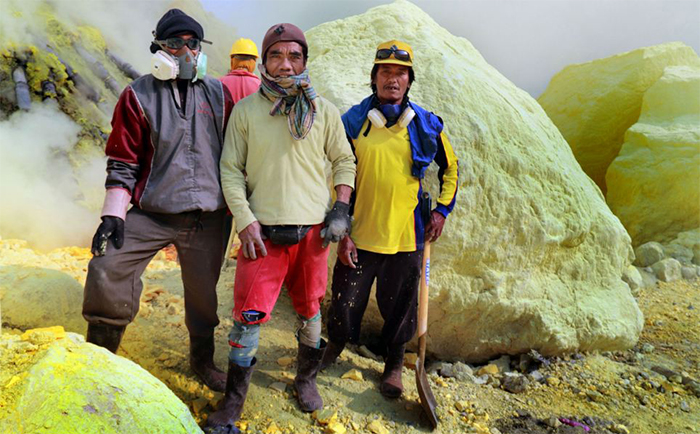 As such, complaints of respiratory afflictions and back problems are prevalent. 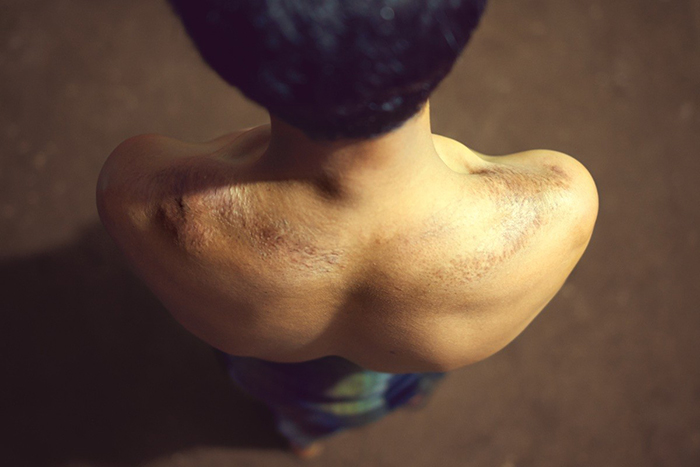 After spending up to 12 hours a day surrounded by harmful smoke, the acidic nature of the gas can lead to irreversible lung damage and inflammation of the eyes. 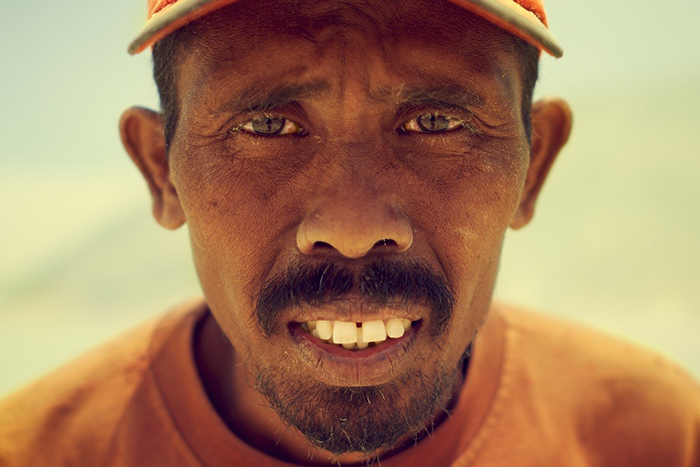 Sadly, some of the men don’t even reach 30 years of age due to the resulting health complications. 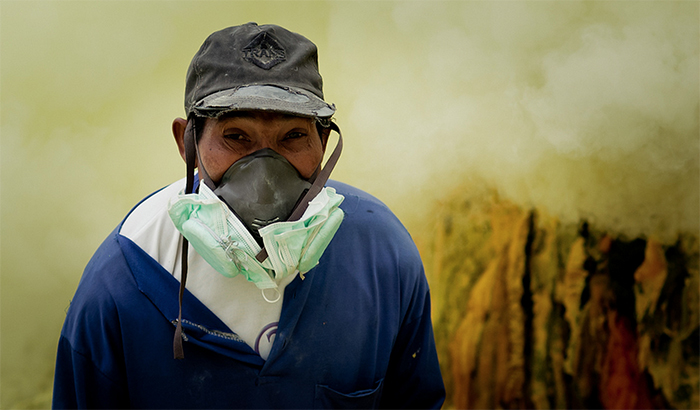 Once their baskets are full, they begin the struggle back up to the top of the crater. 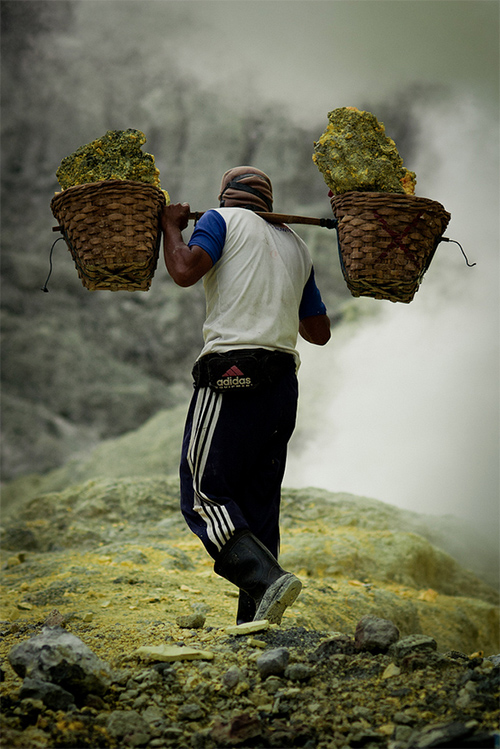 The men then begin their descent, carrying the sulphur for three kilometres to the nearby Pultuding Valley. 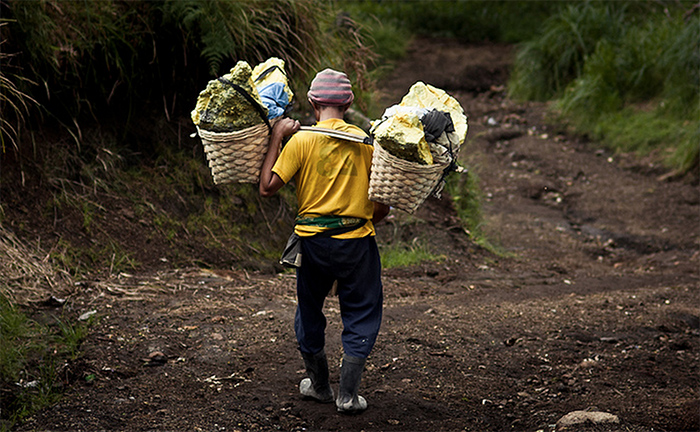 A sugar refinery there pays the miners around 900 Indonesian Rupiah (USD $0.07) per kilogram. 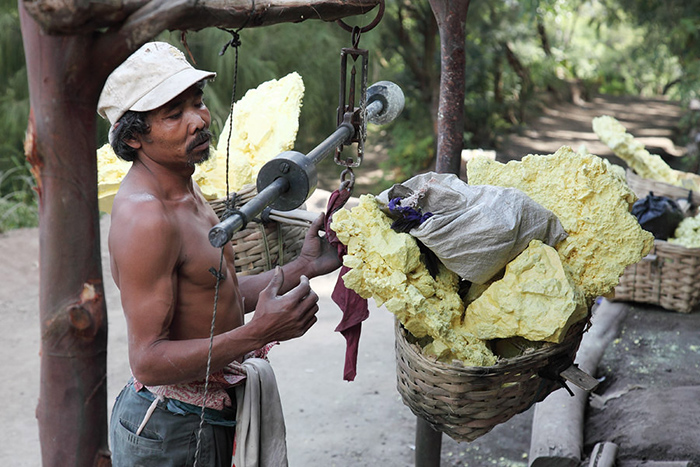 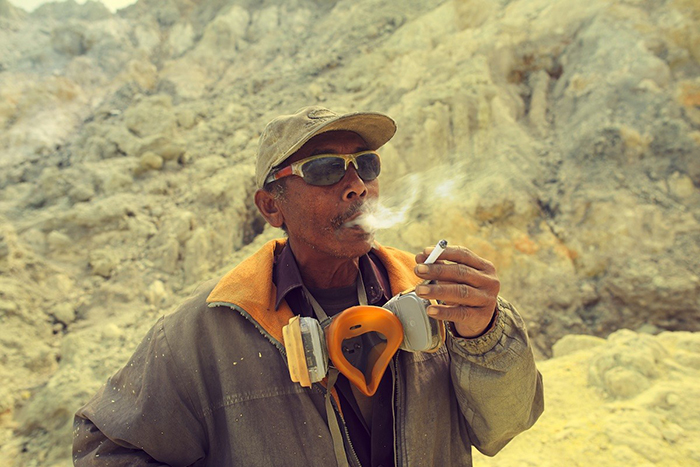 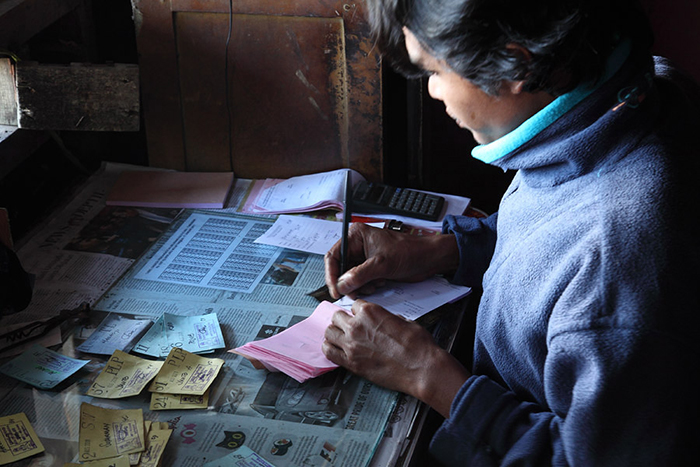 The men do this work because of the pay. Although dramatically low by many standards, it’s much better than what they would earn working at the nearby coffee plantations. 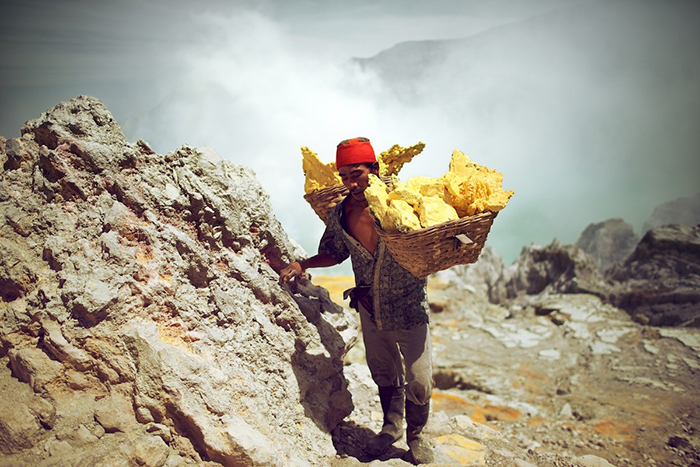 Indonesians Are The Laziest Walkers In The World, Study Reveals
7 Weird Indonesian Traditions That Will Shock You