Indonesia could act as no-mans land to resolve the most heated stand-off since the Cold War.

President Jokowi has offered to hold the momentous proposed meeting between US president Trump and North Korean Leader Kim Jung Un in May.

After meeting the North and South Korean Ambassadors to Indonesia at the Presidential Palace on Monday, Jokowi stated:

“We are offering, if there is a meeting plan between Leader Kim Jong Un and President Donald Trump, it can be held here in Indonesia”

With the world going mad, could Indonesia be the calming influence that helps prevent nuclear apocalypse? 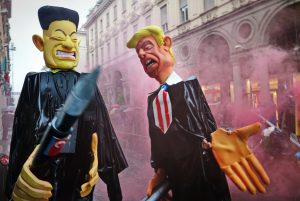 Indonesia has always played an important role in the Non-Aligned Movement. Throughout the Cold War, it never decisively sided with either East or West, and chose to remain impartial when it came to costly diplomatic stand-offs.

This laid the foundations for continued diplomatic relations with North Korea when the whole world shunned the isolated nation. All the while, Indonesia maintained good relations with other concerned actors like the US, South Korea, and China. 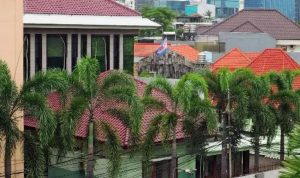 President Sukarno and Kim Il Sung – Kim Jong Un’s grandfather – formed a close relationship. This is the two meeting in Bogor in 1965. 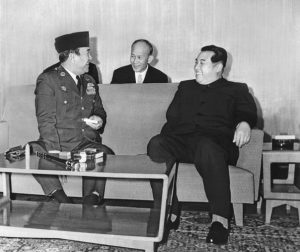 As Strange as Jokowi’s offer may sound, there is actually a president for US-North Korean disputes being resolved on Indonesian soil.

In July 2004, Soga Hitomi, a Japanese woman who was abducted by North Korea, was reunited with her husband and former US soldier Charles Jenkins in Jakarta. 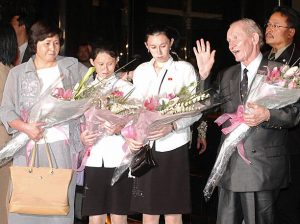 Jokowi strongly supports the talks between the two nations – who are technically still at war – claiming:

“Our region is becoming more peaceful, and we can all concentrate on infrastructure development and development in the economic sector.”

As strange as the potential sounds, it would be a fitting place for the first meeting. Indonesia is one of the few countries who has maintained friendly relations with all parties, in the face of immense pressure.

And that’s what friends are for. 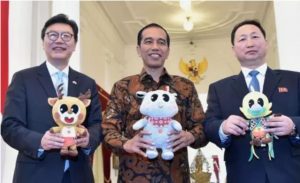 Although any meeting in Jakarta may be delayed until June due to traffic issues.