Connect with us
Photo: Kompas

The Indonesian music genre of Dangdut is so popular in the country that some artists are resorting to including gimmicks in their act to stand out from the rest.

On 4 April 2016, Irma Bule (29 years old) was performing at a village in Karawang, West Java. Irma, who’s known to dance with snakes on stage as part of her act, then brought a king cobra (still venomous and not defanged) up on stage.

“In the middle of the second song, Irma stepped on the snake’s tail. The snake then bit Irma in her thigh,” said witness Ferlando Octavion Auzura, as quoted by Merdeka. 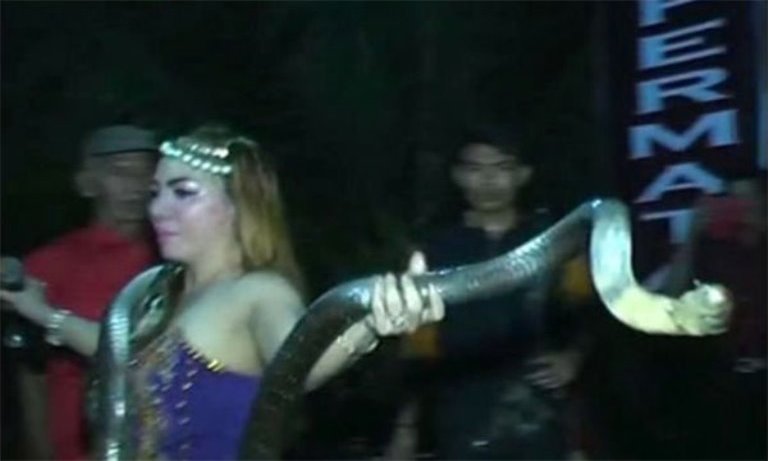 Rather than seek immediate medical attention, Irma powered through and continued singing on stage. Witnesses say she initially didn’t look affected by the bite and even refused an antidote from the snake handler.

“The effects were felt 45 minutes after the bite. She vomited, had seizures, and her body seized,” Ferlando said.

Irma was then taken to a nearby hospital but unfortunately passed away soon after arrival.