Around Indonesia, a sign can be seen at the front of many neighbourhoods or complexes in big bold letters. The sign reads, “Pemulung Dilarang Masuk”, a caution to any garbage pickers entering.

However, these signs may be outdated. As Indonesia’s rubbish begins to flood over the boundaries of landfills, maybe these so-called ‘scavengers’ can help to reduce the waste heading to the graveyard. 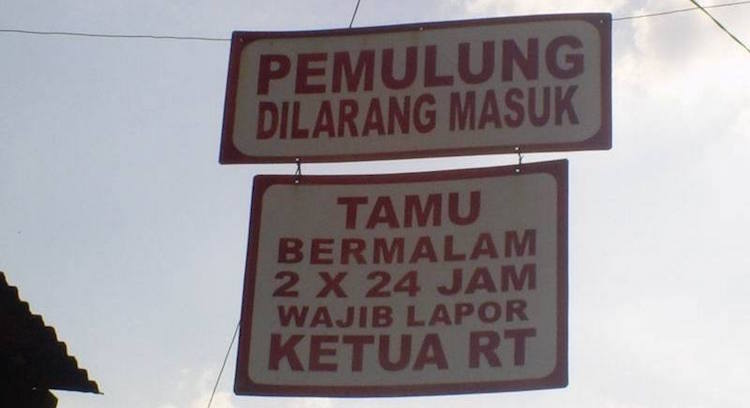 ‘Pemulung’ can be spotted easily on the streets of Indonesia, carrying old rice sacks or heavy wooden carts piled up with boxes. These frail yet hardworking people have been dealt a bad hand in life and are reduced to collecting the plastic, paper and cardboard from outside homes or shops, digging into dirty bin bags and large skips to make a living. It is estimated they make around Rp.2000 per KG of plastic they collect.

Regular Indonesian society looks down on these collectors, seeing them as dirty, making a mess out of bin bags and some have been caught stealing. This is why complexes began putting their “Pemulung Dilarang Masuk” signs up. 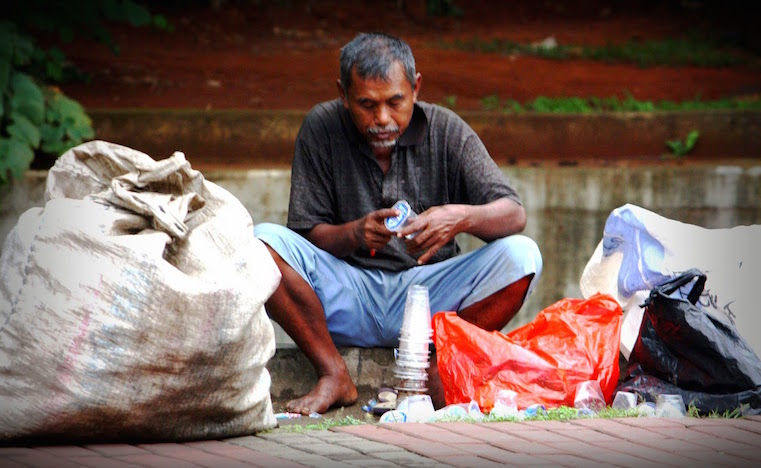 It’s understandable to not want strangers scrambling outside our property, making a mess. However we are coming to a point now where we may have to look past that for the ‘greater good’. The reality is Indonesia is now the second-largest contributor of plastic pollution to the world’s oceans after China, an estimated amount of 1.3 milllion tonnes a year!

The effects of this vary from suffocation of large marine life, to choking, or poisoning through micro plastics in digestive systems – these are making their way up the food chain to us now, that’s how bad the situation has become. 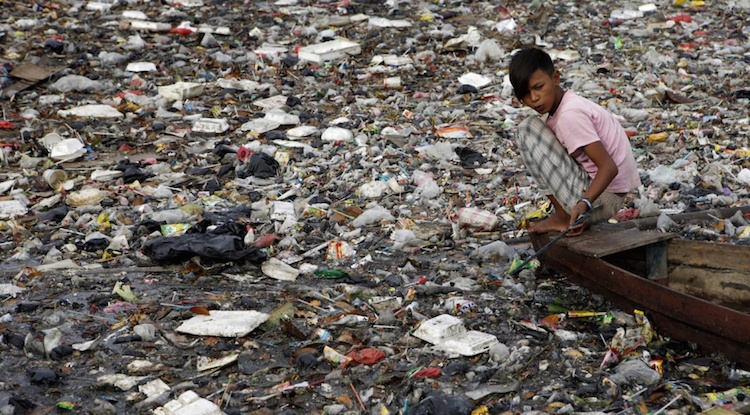 So how do the pemulung come into this? Well, ocean plastic pollution originates from the land and Indonesia lacks a proper waste management system. When we throw away our rubbish at homes we dump them all into the same bag and leave our bags outside to be collected by a single truck, who will bring this waste to the landfill, where it is then washed away by rains to nearby rivers and more.

In other countries, each household is expected to separate goods: plastic, paper, organic, glass and landfill. This way recycling and upcycling can be done easily, reducing the amount of waste that ends up in landfills. So in fact the pemulung are Indonesia’s informal waste management system! Through their work, less plastic and paper waste makes their way to landfills, rivers, streams and finally oceans.

“But what about the pickers at the landfill, aren’t they separating the rubbish? Why does it have to be the pemulung?” 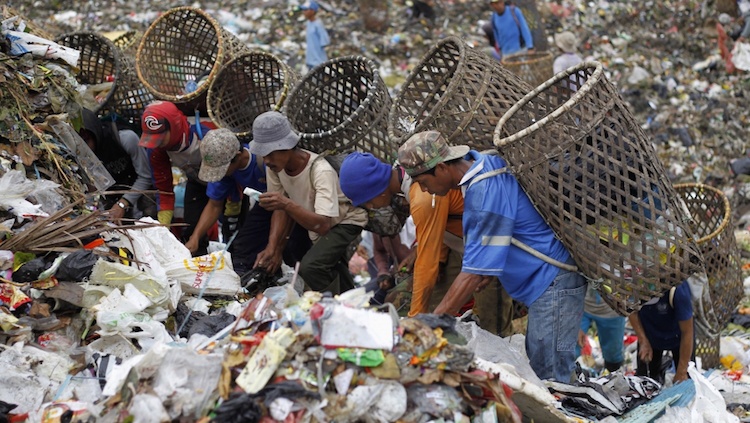 Yes, they are. The tukang sampah (rubbish collectors) who live in dire conditions in the landfill sites do collect plastic, paper, metal and more to sell again just as the pemulung do. However, recycling organisations will note that by mixing our rubbish with organic waste we contaminate the waste that could be recycled in the future – pemulungs get to these materials before they are mixed up together with the organic and toxic waste at landfills.

At the end of the day, Indonesia is drowning in rubbish and the government has put very little effort into creating a system for the public to improve the situation; so, for now, our little pemulungs that come by each day to collect what they can are in their own way Indonesia’s eco-warriors, whether they know it or not. So maybe it’s time we change our signs and instead put one up that says
“Pemulung Silakan Masuk”.