Connect with us
Photo: ngelandtour.blogspot.com

The Paris of Java has changed a lot since it got its nickname.

But if you’re more accustomed to the chaos and claustrophobia of Jakarta, then Bandung feels like a dream – a fantasy version of the capital, where overbearing tower blocks are replaced by art-deco delights, the day-to-day hustle-and-bustle exchanged for a more manageable tempo, and a traffic problem that, in comparison, isn’t a problem.

You might think of Bandung as a great place for shopping, which is true, but the city offers so much more. With surreal vistas from the tops of active volcanoes, hot springs, historically important museums and ethically questionable cafe’s – Bandung has it all!

Here are 12 reasons why we love Bandung…

Keeping a watchful, simmering eye over Bandung is one of Indonesia’s most iconic Volcanos – Tangkuban Prahu. At 2,084 meters high, it offers a manageable venture to the top. Famously, people can boil eggs in its near boiling water flows. Pakai telur? 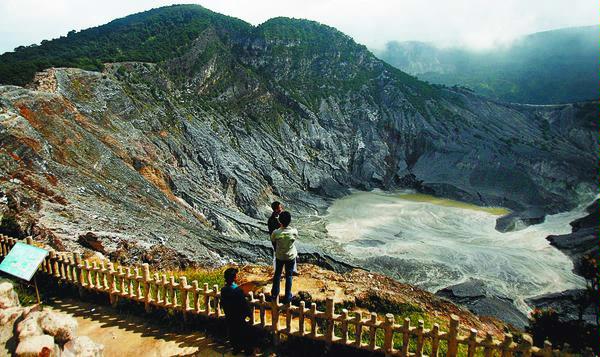 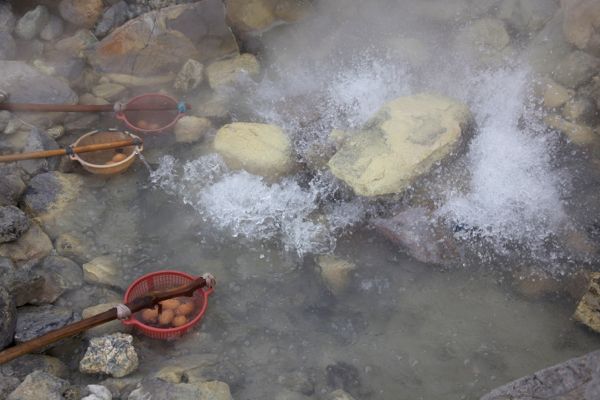 The warm sulphurous water trickling down into accommodating puddles is supposedly good for rheumatism and skin problems. Even if you have neither, it’s a tranquil place to be. 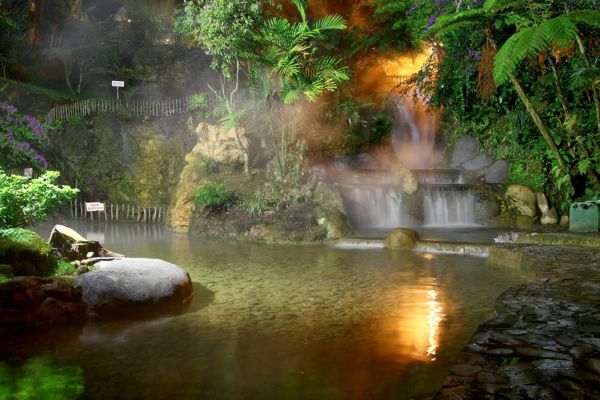 The “White Lake” is a volcanic crater 2,430 meters high that brings with it a chilly 10C. While only a moron would think it was a good idea to go for a swim, the visually pleasant spectrum of bluish pleasures is enchanting. 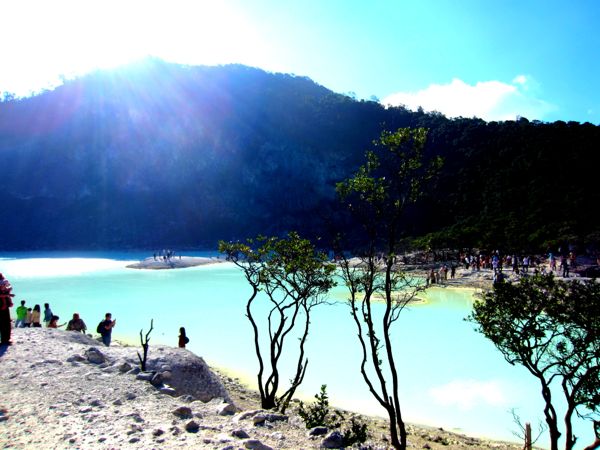 Indonesia was built on cups of tea – and the Malabar Tea Estate is a beautiful place to witness Bandung’s contribution to the tea empire. 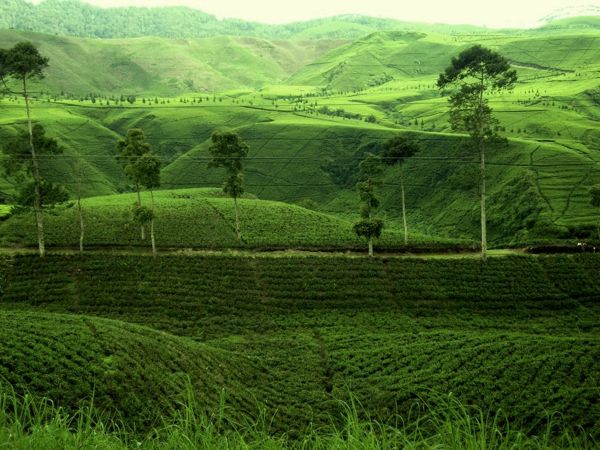 Do you remember when there was hope in the world and anything seemed possible? Neither! Though in 1955, Indonesia was a champion of that hope. During the Cold War, Sukarno hosted the Bandung conference with the intention of forming a Non-Aligned bloc of Asian and African countries to unify in a post-colonial world. And with the 50th anniversary of the Conference this year, the much-maligned Leader of North Korea is set to make a rare international visit in commemoration, in the hope that the countries on the fringes of global politics can reignite the zeal for an equal world. 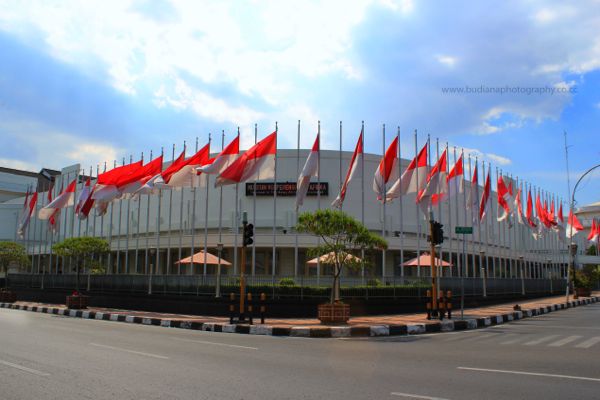 “Make the “Live and let live” principle and the “Unity in Diversity” motto the unifying force which brings us all together to seek in friendly, uninhibited discussion, ways and means by which each of us can live his own life, and let others live their own lives, in their own way, in harmony, and in peace.” 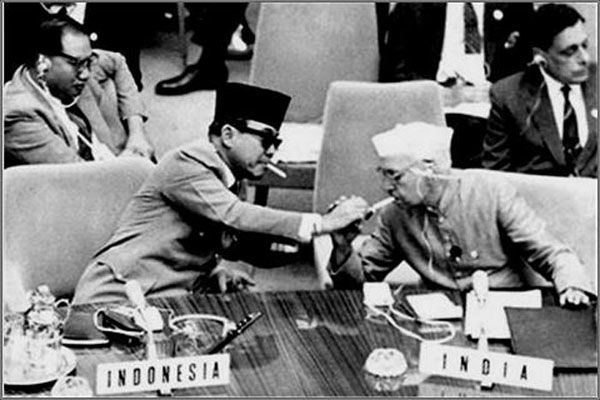 Bandung is a thriving student town, attracting many of Indonesia’s brightest. The Institute of Technology encapsulates this young and vibrant disposition. The wonderful hybrid of Indonesian-European design nurtured the development of Sukarno’s political mindset. And true to Indonesia’s first president, the student body is notoriously active, playing a crucial role in the downfall Suharto with 100,000 students protesting daily. In a way, Sukarno had the last laugh! 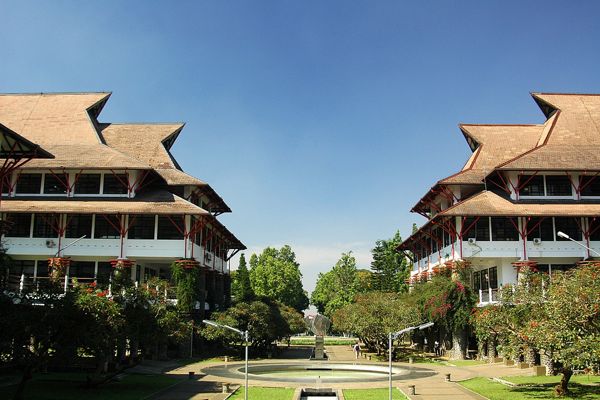 To suggest a destination based on its “great traffic” may sound strange. But visitors from nearby Jakarta, used to clog motor arteries, love driving on the breathable, wide roads – like they are going on a “concrete jungle” safari. 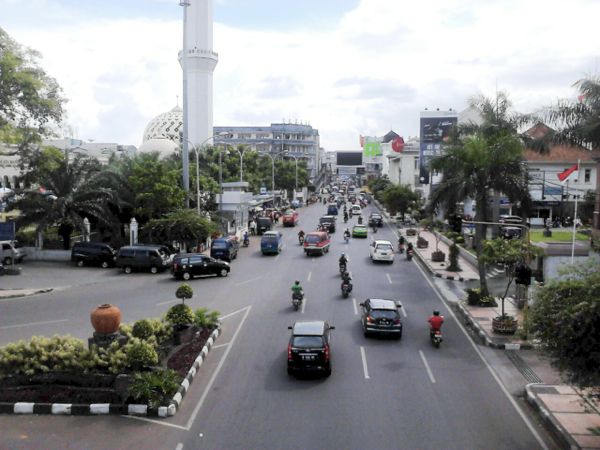 The curious tradition of ram-butting fights is a noisy and, if you can suspend your animal right’s sentiments, entertaining spectacle. 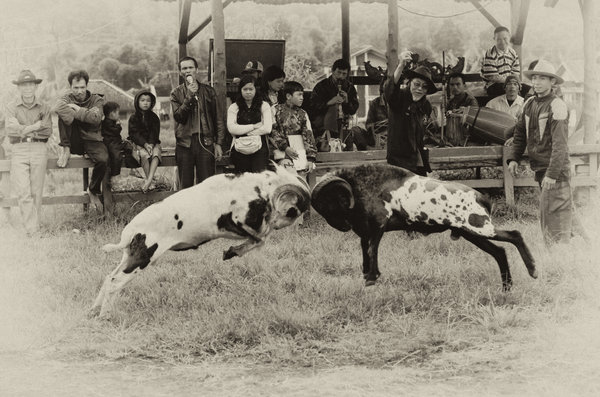 Bandung is littered with that post-modern style that only seems to get finer with age – a nonconformist statement against the onslaught of drabness, gracelessness and ordinariness of contemporary buildings. 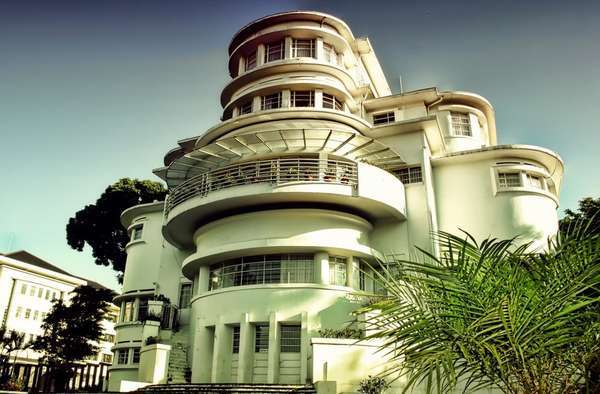 Bandung is renowned for its bargain shopping. Great value factory outlets offer quality designer gear at affordable prices. Whether it’s worth the slave-labour of woman and children to produce them is another question altogether. Jl. Riau sells a fabulous range of clothes and “Jeans Street” is great for, well, Jeans. 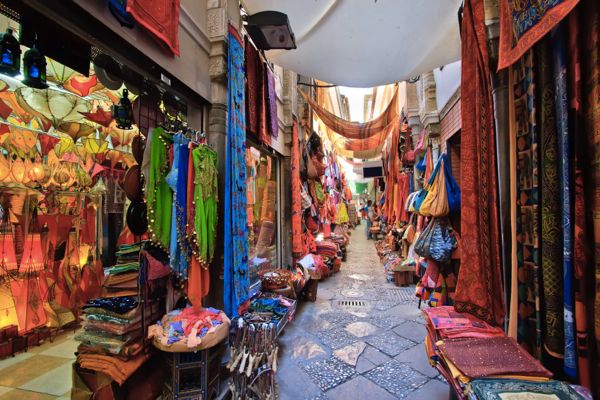 One struggles to think where else in the world a Nazi cafe would be considered an acceptable theme for a bistro. At least not since the 1940’s. But this establishment is only menacing with a subjective interpretation of a historic symbol. Distinctly lacking in anti-Semitic expression and shrouded in Roosevelt and Churchillian quotes for good measure, it is more an ironic statement on the 20th Century’s most renowned tyrant. It’s the reasonable prices (rp.18,000 a Bintang) and tasty bratwurst’s that make it a hot spot for local hipsters.

The nightlife in Bandung is becoming a burgeoning scene of music and good times, defining itself separately from the more well-known hotspots of Jakarta and Bali in its own right. There are bars for the avant-garde students, seasoned expats and everyone in between. Its clubbing scene is becoming a popular pit-stop for touring DJ’s too. Wherever your nocturnal adventures take you, you’re guaranteed a good night. 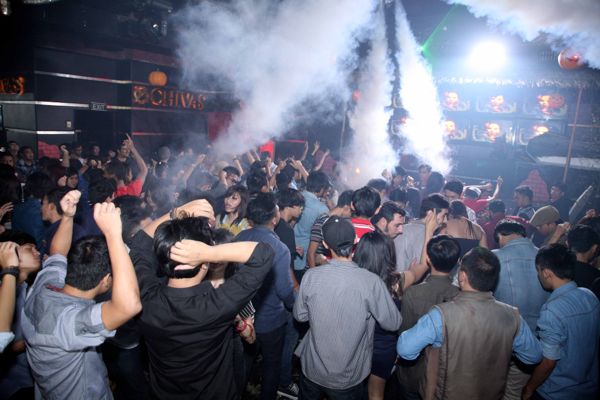 If you are lucky enough to live in Bandung, then this is nothing new to you. And as very accommodating hosts to visitors, you are the glue that holds the awesomeness together.

So what are you waiting for? Pack your bags and get down to the cultural, geological and recreational treat that is Java’s very own Paris – Bandung.