Connect with us
Photo: www.gilidelombok.com

With Lombok a picturesque postcard on one side, and full, uninterrupted oceanic horizons on the other, the Gili Islands have been attracting travellers from all over the world since the 1980’s. In addition, the relaxed attitude to the bohemian lifestyle has offered holidaymakers a little extra sambal to their island getaway.

But as is often the tragic consequence when a secret becomes ‘discovered’ – when paradise meets globalisation – it’s original majesty is tempered, or even worse, lost completely.

This is the story behind the postcard…

The Gili Islands consist of 3 islands: Gili Trawangan (the largest and busiest), Meno (the smallest and quiet honeymoon retreat), and Air (what Trawangan was 15 years ago). It is a place where time has no jurisdiction. With its chilled vibrations, vibrant marine life and a wide variety of food, nobody has ever left the island without thinking “Yeah, I could live here.” 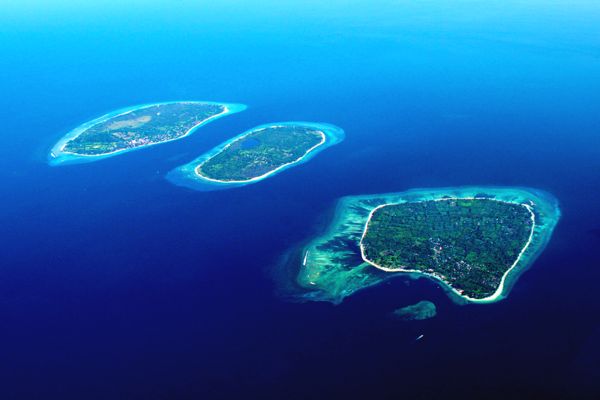 Noise pollution is at a minimum. Famously replacing traffic and the motorised drone of industrial society is the quaint use of bicycles and horse-drawn carts. A pleasant return to a simpler why of living. 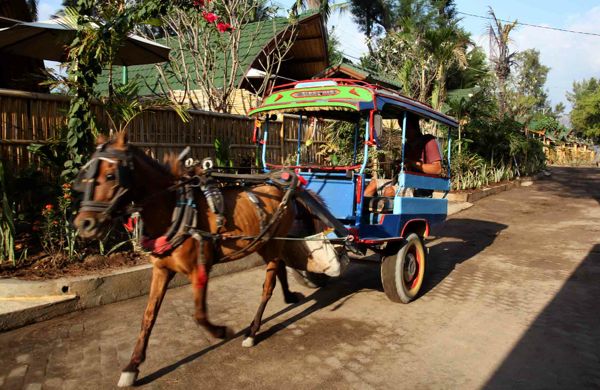 In 2007, there was no internet on the islands. A handful of bars could be considered party hubs, while only the Irish bar (incidentally, Trawangan is the smallest island in the world to host an Irish bar) received temperamental satellite reception of sporting events. 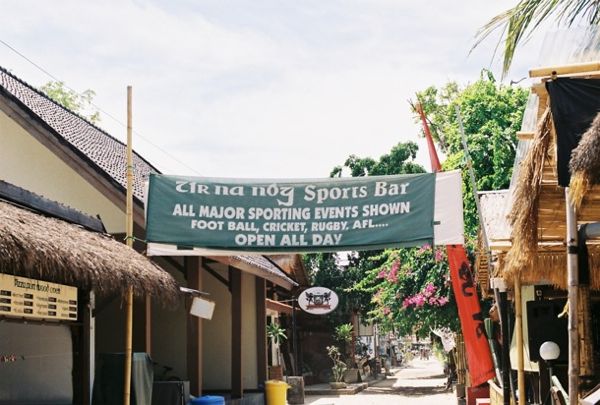 It was the mid-2000’s when resort developers could sense the money to be made from the 3 Kings between the more famous Lombok and Bali. 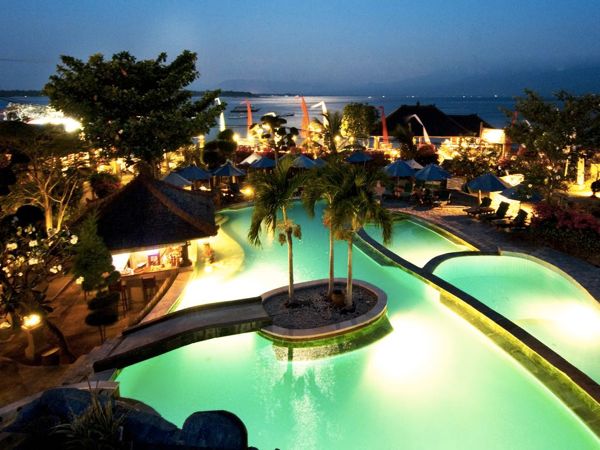 By 2010, its name as a party destination was assured. Establishments resembling clubs had expanded and began attracting those who wanted to chill hard, and party harder. 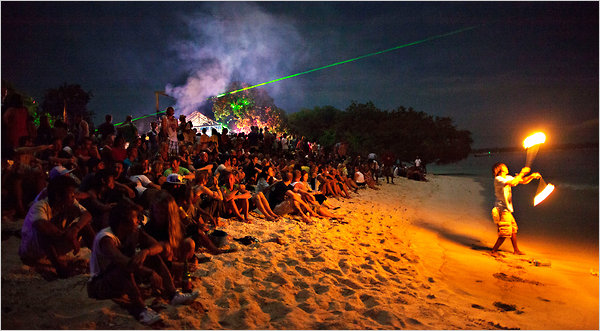 Fast-forward to 2015, the symbol of paradise turned party-dise is now a daily occurrence. The ominous party boat lingers between Trawangan and Meno, blasting its infernal top-40 tunes as dehydrated, booze-guzzling 20-somethings rock the boat. 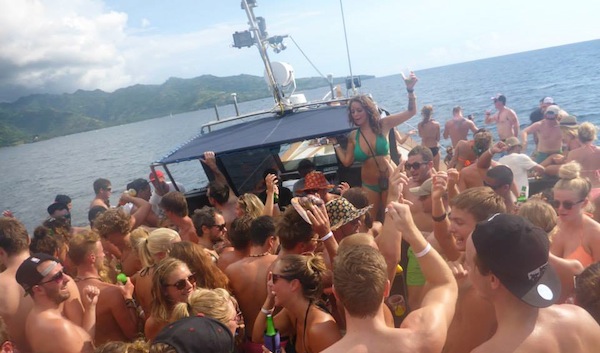 Marijuana and Magic Mushrooms seem to be part of a staple diet for those who call the Gili’s home, temporarily and permanently. With the lack of police on the island, it is a nonchalant and regular occurrence. 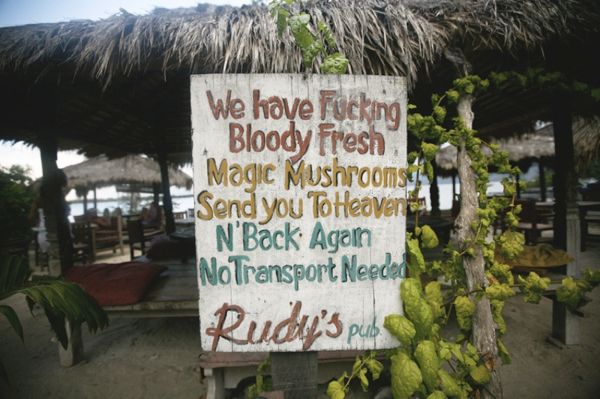 However, there is a darker side to the island’s libertine culture. Ecstasy pills of varying quality and consistency are incessantly pushed, and there is a serious crystal meth epidemic amongst many of the locals. 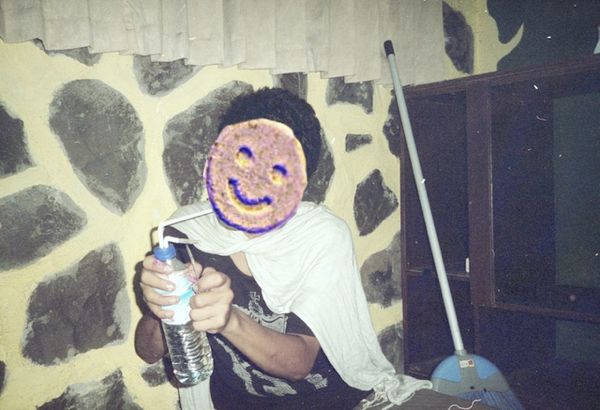 The tragic reality of an omnipotent Indonesian Heisenberg’s success relies on the caste system created between the tourists on the island’s luxurious coastal periphery, and the locals that dwell in its impoverished underbelly. The locals shabby, white brick houses found inland are proof that the fruits of tourism are mainly lost on them. The huge inequality has left many dependent on a drug that thrives on the destitute.
Beyond even the societal dysfunction on land, the marine biology suffers as well.

The diving and snorkeling sites, while still offering a plethora of aquatic delights, have seen the fish population decline significantly. This is due to the impact that tens of thousands of annual tourists have on the island’s delicate ecosystems.

Another aspect not advertised in the brochure is the unaccommodating nature of the sea for simply ‘splashing around’. Sure, it’s an intoxicating turquoise and meets a beach consisting of beautiful, soft, white sand – but the ocean’s fierce current and uncomfortable corral bottom make recreating Leo’s romance from The Beach highly impractical. 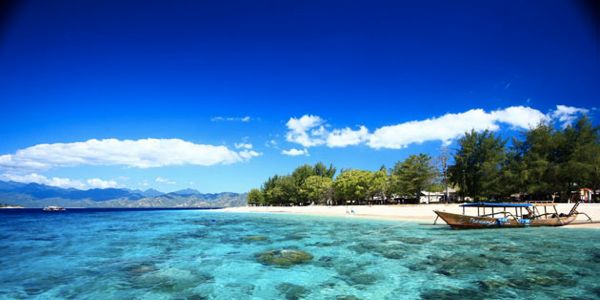 Despite all this, tourists flock back for a holiday that few other islands can surpass.
Perched in one of Trawangan’s Western facing bars, one is treated to a visceral delight at sunset. The Island of the Gods paints a majestic silhouette in the foreground while motionless cotton clouds refract colors you didn’t know existed. 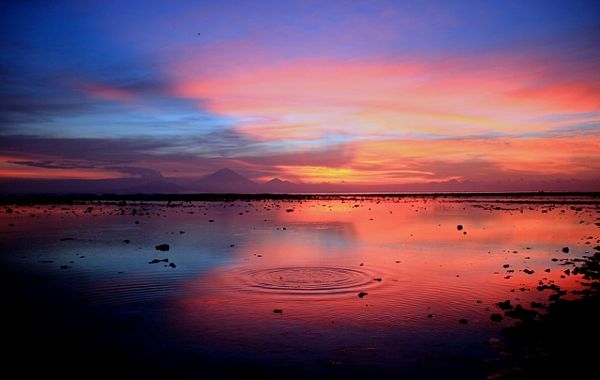 In the night time, the moon glistens streaks of solar reflections on the ocean surface, whilst stars twinkle to the timeless rhythm of the cosmos. 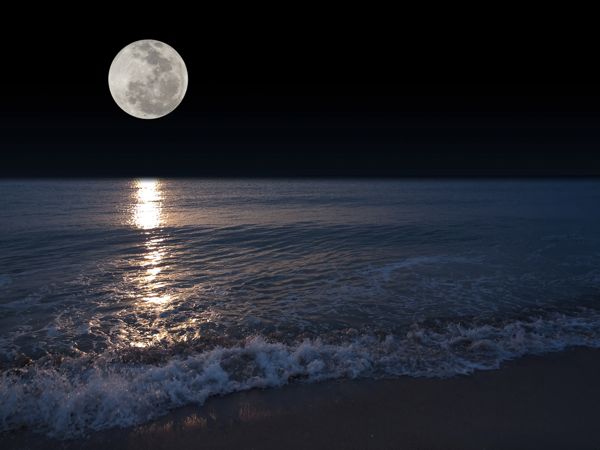 Party or chill, it is up to your discretion. To not enjoy yourself, however, is inconceivable.

Before you know it, it’s time to board the boat back to reality. Wearing the same downturned faces that greeted you when you first disembarked, you wish you had just one more day.

But such is the painful dichotomy of harming the places you love most with your presence. We may wake from the dream lived on the tranquil island, though our impact remains long after we return to reality.

Holidaymakers will always leave a footprint on the paradises they visit, as indeed those much needed holidays will have an impact on them. If Indonesia’s islands are to maintain their social and ecological wellbeing, then we need to ensure that the local inhabitants and their environments are of the utmost importance, not the brief visits of the happy-go-lucky holidaying hordes.

Only then will paradise be preserved.