Is there such a thing as a Bule Go-Jek driver?

Whether you’re ordering a Go-Jek, sitting on the back of one, or waiting for your Go-Food, have you ever wondered what a foreign Go-Jek driver would look like.

And now we know.

The @ojekbule Instagram account of Anton Lucan shows him in the typical green Go-Jek jacket and helmet. Posing for the camera as he accepts money for his “services,” or simply taking a selfie with satisfied “customers,” Anton has got the internet asking – “Is this guy for real?” 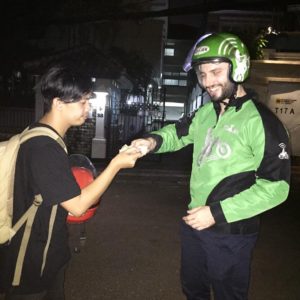 So believable are the photos that Go-Jek’s public relations manager Rindu Ragilia has had to come out and confirm that Anton Lucan is not an official Go-Jek driver.

“Go-Jek only partners with Indonesian citizens” he stated in an interview with Kompas. 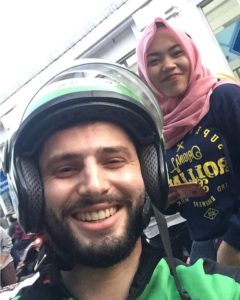 Whether he’s a bizarre internet trend, a troll, or a roque foreigner transporting people on the back of his bike, we thank Anton Lucan for testing our imagination…. 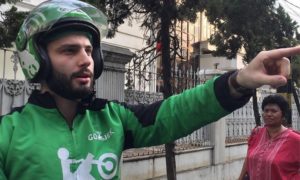 We wish Anton the best of luck and many 5-star ratings.