On July 14 2017, the official Twitter Account of Coordinating Ministry of Maritime Affairs published the following link to the official new map of Indonesia. The file, uploaded to Google Drive, is in PDF format and is 134 MB in size.

(Then click ‘Download’ on the Google Drive link… and prepare to wait a while – 134MB is huge!) 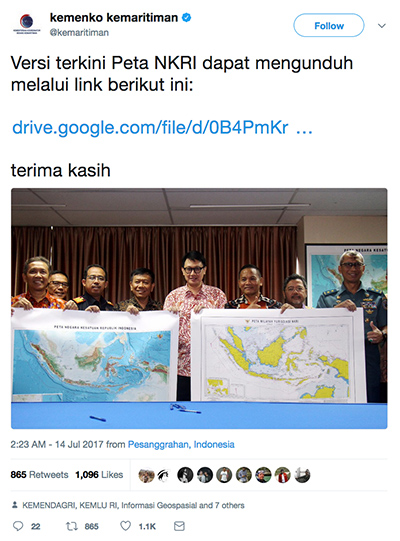 At a press conference in Jakarta, Deputy Minister for Marine Sovereignty Arif Havas Oegroseno unveiled a new map with the renamed territory, according to CNN.

In an act of defiance against Beijing’s territorial ambitions in the region, Indonesia now refers to the northern areas of its exclusive economic zone in the South China Sea as the “North Natuna Sea.”

“We need to continue updating the naming of the sea and report to the United Nations about the borders,” Oegroseno told Indonesia’s state-run news agency Antara.

“This (system) would allow the international community to know whose territory they pass through,” he added

Details disputed area is illustrated in the map below: 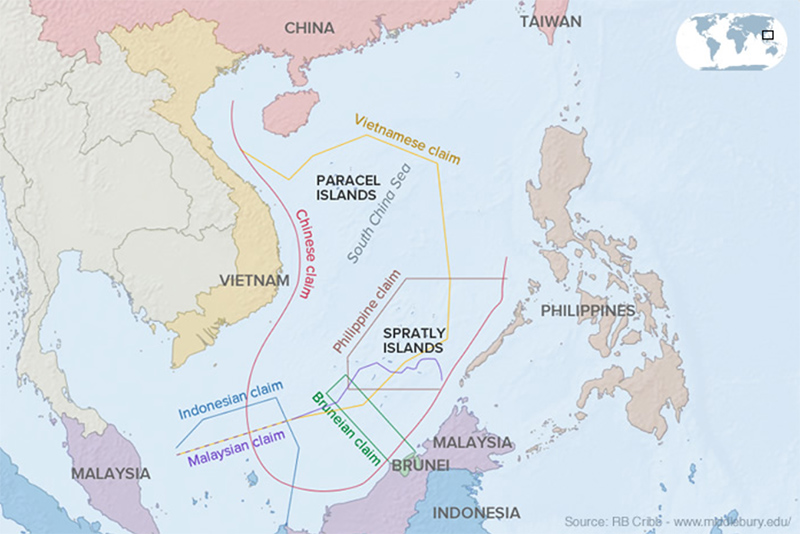