When will the fact that Jakarta is sinking, sink in?

The alarming truth that Indonesia’s megacity is plummeting to an early grave is taking a long time to enter into public consciousness.

Though apparently, in the stratosphere of Indonesian decision making, it has.

The worst kept secret along the corridors of power – moving the capital from Jakarta – was finally announced on 29th April.

Yet to be confirmed, but an equally poor secret, is the preferred new location: Palangkaraya in Central Kalimantan.

Thanks to international media attention, the city, with a population of about 250,000, has probably been Googled more times this week than in the entire history of the internet.

Jakarta’s traffic, congestion, floods and aiming for fairer distribution of economic prosperity have been the reasons trumpeted.

But the crucial long term reason is this:

Jakarta is the fastest sinking city in the world 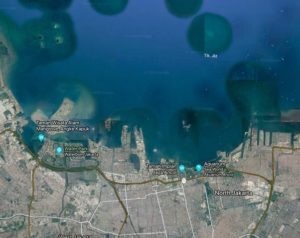 The reality that 95% of North Jakarta being underwater by 2050 has, at best, been alluded to in the rhetoric.

Understanding the consequences, enacting solutions and public information has yet to fully emerge.

In this way, the narrative sounds less like cold, shrewd strategy of visionary leaders, and more like nihilistic captains abandoning a sinking ship, taking the few life rafts while they still can. 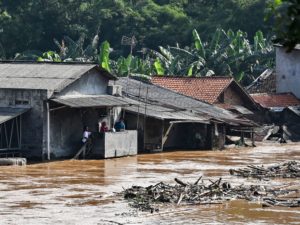 Jakarta, within the lifetime of most WowShack readers, will no longer be the capital of Indonesia.

Along a similar timeline, Jakarta will also be underwater – joining the lost city of Atlantis as a once great metropolis consumed by the ocean.

Under the circumstances, it’s a logical move. Governing the world’s 5th largest country in scuba gear will make it infinitely more challenging than it currently is. 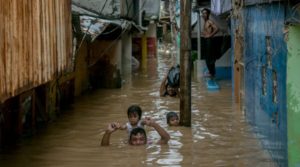 But Jakarta is still Indonesia’s most populated city. Greater Jakarta has 30 million residents.

Fail to treat this predicament with the attention it deserves and we are in for a bumpy ride. 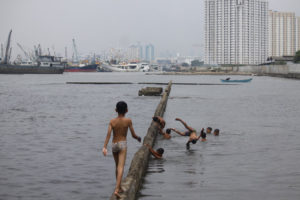 How Is Jakarta Sinking?

Most Jakartans get their water from ground water. Much of this is from illegal wells.

Imagine a water bottle – empty too much of it then squeeze it and you can really squash it.

Unabated, this will lead to a humanitarian crises unlike anything Indonesia, and possibly the world, has ever seen.

Those who can afford to move away from sinking and flooding coastal cities will find comfort elsewhere while the poor drown. Sewage will fill the streets, bringing disease. Physical health will fail, but so too will mental health, which no one wants to talk about under normal circumstances and even less so in the context of climate change. 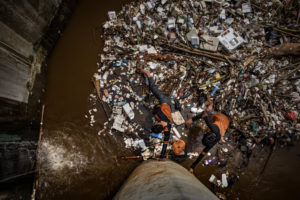 When the inevitable happens, Jakarta will be synonymous with ‘despair’. An underwater North Jakarta means creating 4 million refugees. Evacuating the north will have serious repercussions for the city as a whole.

If you are reading this in the comfort of your home, in a nouveau riche restaurant or on our swanky new MRT, this scenario may be unimaginable. But look out the window and this impeding future. What do you see?

It’s hard to envision a glorious new Venice emerging from the encroaching ocean. 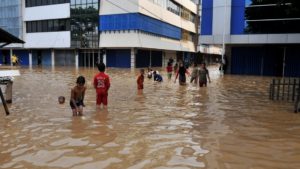 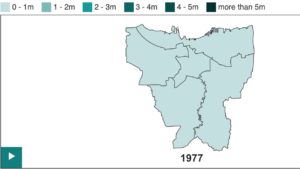 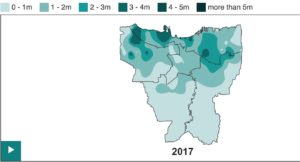 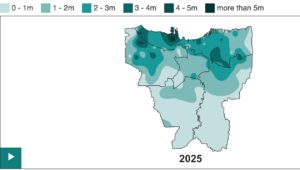 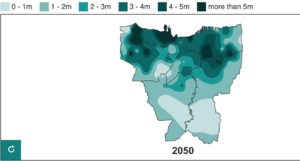 Understandably, doom and gloom is not just unpleasant reading, it’s unhelpful. But we have to look the future directly in the face if we are determined to be solution focused.

Providing the answer to this complex and multi-faceted problem is beyond the remit of this article, and far beyond the expertise of an entertainment-news website. 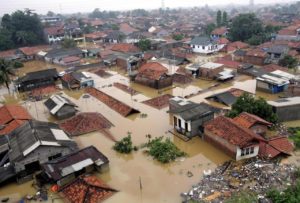 But Dutch hydrologist Jan Jaap Brinkman is unequivocal when he says:

“There is only one solution and everybody knows the solution”

That means completely moving to other sources of water, such as rain or river water or piped water from man-made reservoirs.

Desalinisation projects – which is what Israel does, a nation of 9 million people – would need to be harnessed.

Indeed, these solutions will fundamentally transform how the city relates to water. Cleaning up Java’s river systems would turn from a pipe dream to paramount importance. 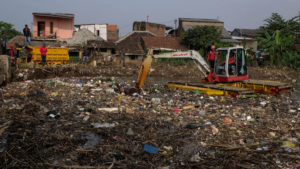 Beyond the technical, it will tie the nations economy and the public health of it’s citizens to the well being of the environment.

It requires two kinds of capital that are far harder to manifest: money and political capital. 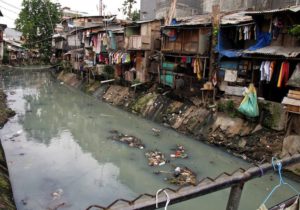 The Consequences Of Doing Nothing

One way or another, these solutions – or ones resembling this train of thought – will come to fruition.

Problem is, if we do prove incapable of providing proactive political, technical and imaginative courage, there is a regional Super Power that will. 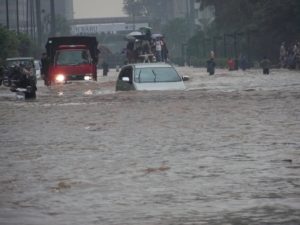 An all too foreseeable thought experiment of an underwater Jakarta reveals the important role that China would play:

Disease and malnourishment are rife.

Drinking water becomes a scarce commodity – a cruel irony, as its perceived abundance was the primary course of the fiasco.

Chaos presents a financial response that only China can bank roll.

And they happily do so – in return for the virtual sovereignty of the worlds largest muslim-majority democracy.

The final jewel in their Belt & Road program before the anglosphere – Australia.

Seeing no alternative, the government – now in Kalimantan – succumbs to the lucrative “donation”… in return for full access to Indonesia’s natural wealth.

And if you thought we were pretty poor stewards of our own resources, gawk at the thought of a mid-21st century China, hungry to fuel it’s next Technological Dynasty. 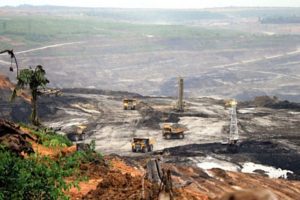 Artistic license aside, what other prospect could there be?

It’s Not Too Late To Keep Our Heads Above Water

Surrendering responsibility for the fate of our current and eternal capital is not an option.

Whether the government resides in Kalimantan, Sumatra or sleeps with the dead in Toraja, this nation was birthed in Batavia.

To let it sleep with the fishes is unacceptable.

We still have the chance of limiting the worst effects or pausing it indefinitely. The importance to the people of Jakarta and the nation as a whole cannot be overstated. 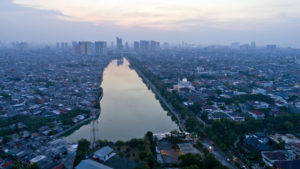 The task may seem so daunting that one would prefer to deny it until it was undeniable.

Though it’s a sticky situation, we do have a few things on our side.

There is, however, one crucial starting point to prevent Jakarta becoming the first great casualty of climate change…